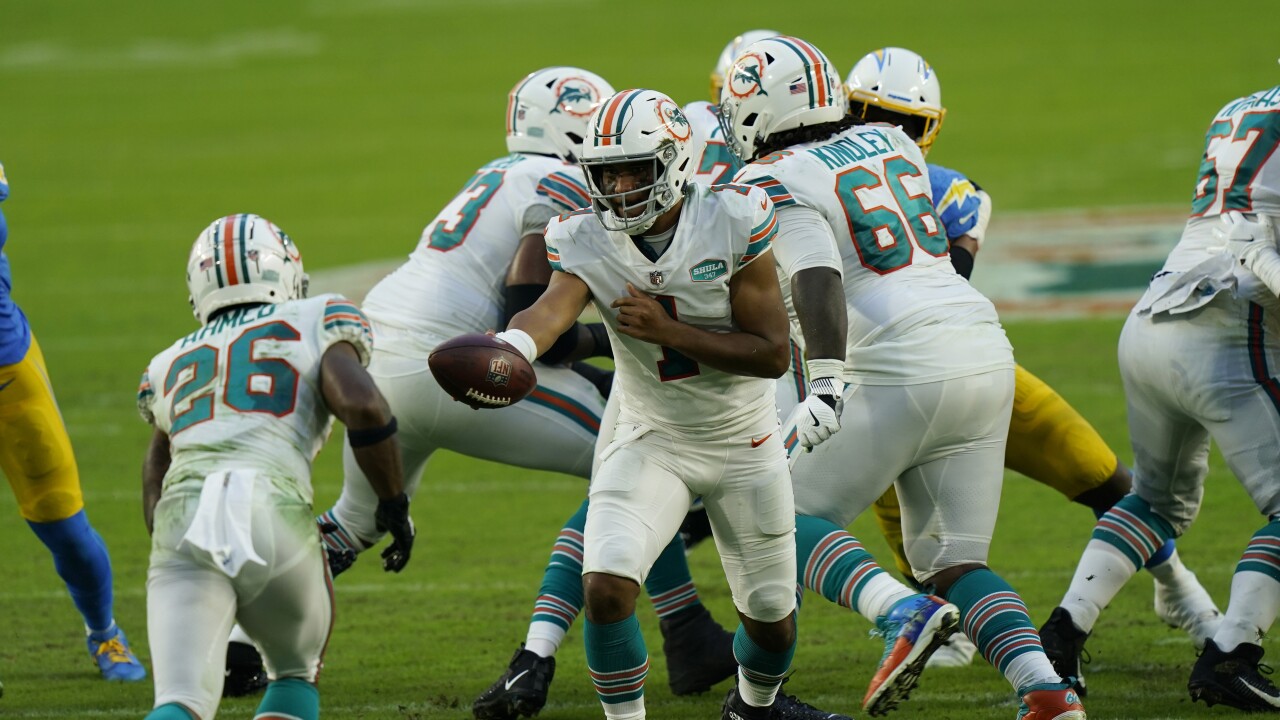 (Copyright 2020 The Associated Press. All rights reserved. This material may not be published, broadcast, rewritten or redistributed.)
Lynne Sladky/AP
Miami Dolphins quarterback Tua Tagovailoa (1) hands the football to running back Salvon Ahmed (26) during the first half of a game against the Los Angeles Chargers, Sunday, Nov. 15, 2020, in Miami Gardens, Fla.

MIAMI GARDENS, Fla. — Tua Tagovailoa had help from a less-heralded rookie while Justin Herbert struggled against a blitz-happy defense as the surprising Miami Dolphins earned their fifth consecutive victory by beating the Los Angeles Chargers 29-21.

The undrafted Ahmed filled in with two other running backs injured and sparked a ground game ranked fourth worst in the league.

Herbert threw a costly interception and was outplayed in the matchup of high draft picks by Tagovailoa, who threw for two scores.