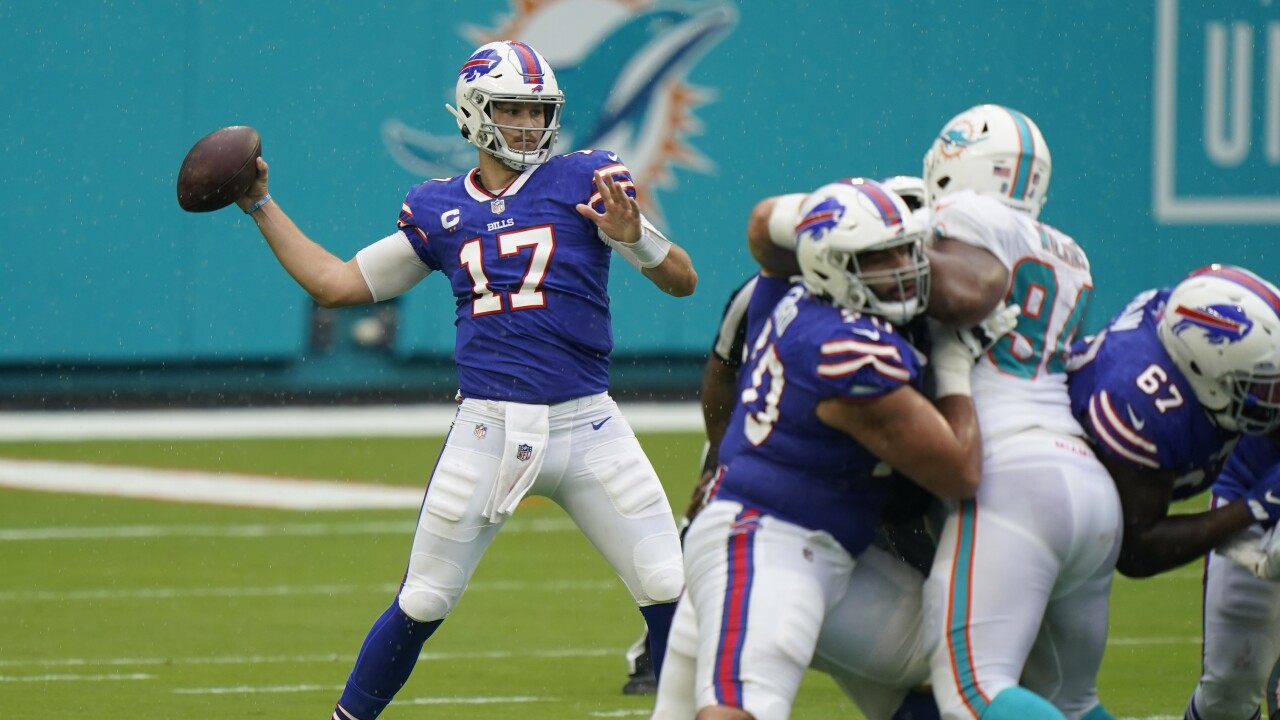 Allen reached a career high in yards passing for the second week in a row, and became the first Buffalo quarterback to have back-to-back 300-yard games since Drew Bledsoe in 2002.

Trailing 20-17, the Bills (2-0) reclaimed the lead on a 6-yard pass from Allen to rookie Gabriel Davis, who made a diving catch in the end zone.