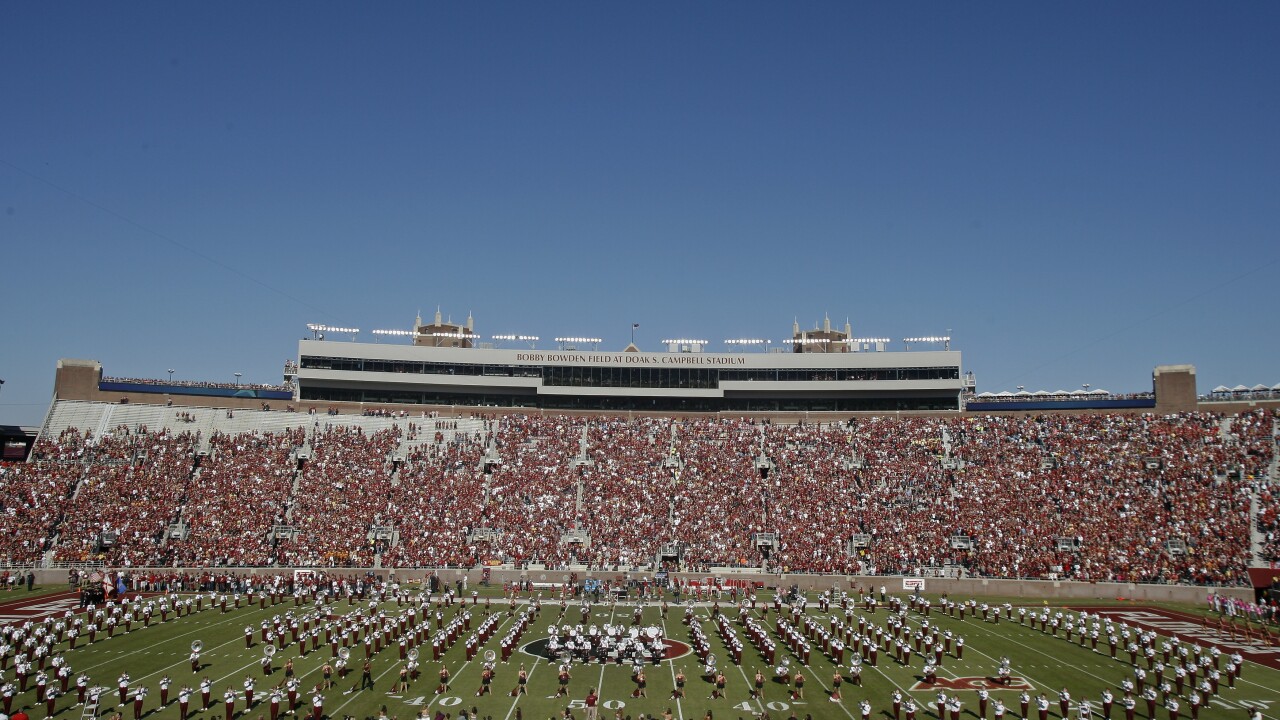 (Copyright 2020 The Associated Press. All rights reserved. This material may not be published, broadcast, rewritten or redistributed.)
Phil Sears/AP
A general view of the Florida State University Marching Chiefs as they perform on Bobby Bowden Field at Doak S. Campbell Stadium before the start of a football game against North Carolina State on Saturday, Oct. 26, 2013, in Tallahassee, Fla.

TALLAHASSEE, Fla. — The president of Florida State University said Monday he will consider growing calls to change the name of the football stadium.

"I have been following with great interest the petitions circulating on social media asserting that Doak S. Campbell, FSU's president in 1947 during its transition from the Florida State College for Women, resisted integration and asking that the stadium no longer bear his name," President John Thrasher wrote on Twitter. "I have asked athletics director David Coburn to immediately review this issue and make recommendations to me. I look forward to receiving his report soon."

Kendrick Scott, who played for the Seminoles from 1991-94, created the online petition Friday to rename Bobby Bowden Field at Doak S. Campbell Stadium. The petition had more than 2,200 signatures as of Monday night.

Campbell served as president of Florida State University during its transition from an all-female campus and was instrumental in getting the football stadium built, but his pro-segregationist views are also well-documented.

Scott said in the petition that Campbell's "non-inclusive views of blacks as a segregationist is divisive, therefore his name should be removed from a stadium that has been home to many black football players helping to build the school and the tradition to what it has become today: a national treasure."

The former linebacker suggested that the stadium should instead be named after longtime former FSU coach Bobby Bowden, who helped make the Seminoles a national power, winning two national championships and 12 Atlantic Coast Conference titles.

Although the field was dedicated in Bowden's name in 2004, Scott called for the field to be renamed after former quarterback Charlie Ward, the school's first Heisman Trophy winner.

Thrasher has a history of following through on calls for change to campus names and markers. He followed a student panel's recommendation to remove a statue of Francis Eppes, a slave owner and the grandson of Thomas Jefferson, and asked the Florida Legislature to remove B.K. Roberts' name from the College of Law building.