Florida lawmakers debate if college athletes can be paid 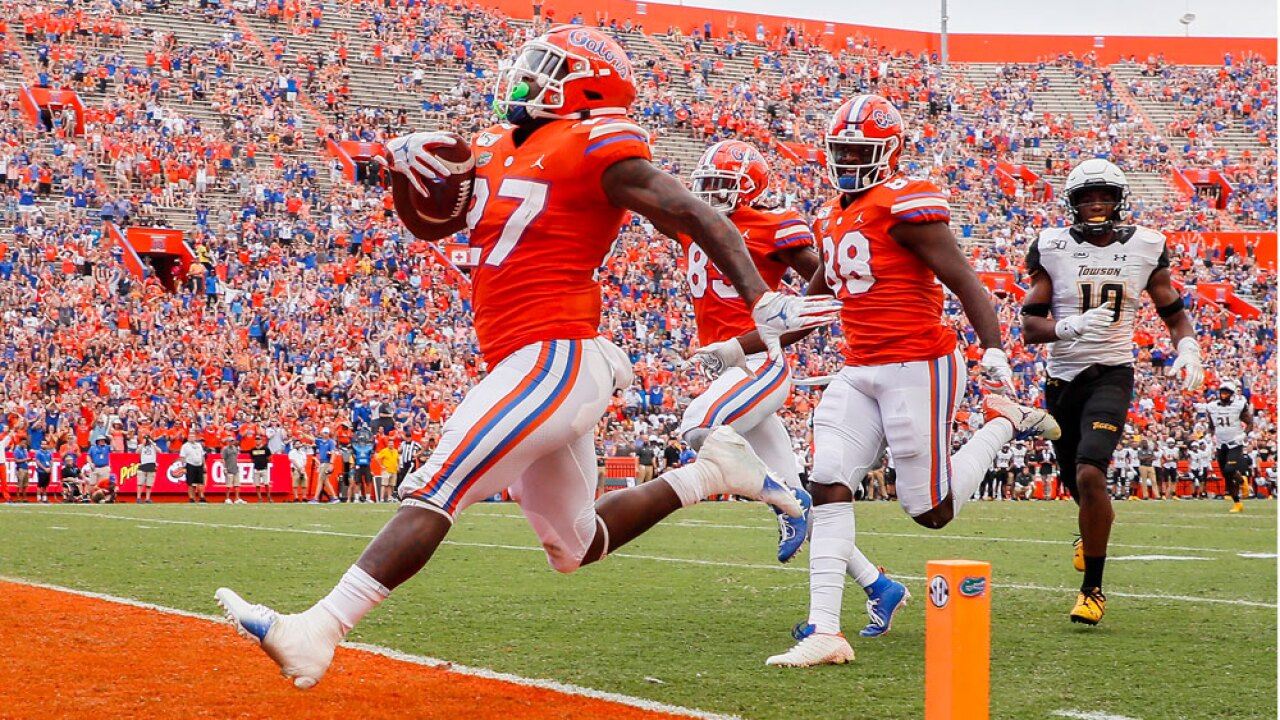 TALLAHASSEE, Fla. (AP) -- Florida lawmakers began considering on Monday whether they would allow college athletes to profit from their fame, a move that comes as the NCAA looks into possibly removing its longstanding prohibition against it.

Florida would follow the lead of California, which last year ignored pleas by the NCAA to keep the prohibitions in place.

The NCAA had argued that allowing the practice "would erase the critical distinction between college and professional athletics" and would give California schools an unfair recruiting advantage.

College sports generat e billions of dollars in revenue, including $1 billion annually for the NCAA . But none of that money is allowed to go to college athletes.
Ever since California decided to allow college athletes to earn money from their prowess in the sports arena, a growing number of states are looking into similar action.

Similar efforts are underway in Georgia, Maryland, New York, South Carolina and Washington, among others. Members of Congress may also be taking up the effort.

Under pressure, the NCAA last fall announced that it would take action to lift the money-making ban for the 450,000 athletes under its purview. But it did not commit to a specific timeline for doing so.

As a result, Florida and other states are pressing ahead, just in case the NCAA later balks.

But there's also the matter of staying competitive, particularly with California colleges that might now have an advantage in recruiting marquee players to their programs. That would be a big concern in sports-rabid states such as Florida, which has some of the country's highest-profile sports programs.

NCAA rules have long prevented players from hiring agents. The California law prevents athletes from losing scholarships or being thrown off teams because of endorsement deals. The law won't go into effect until 2023, which was meant to give the NCAA time to take its own steps to address the issue.

In Florida, three House committees encompassing about half the chamber's 120 members -- in the education, commerce and judiciary committees -- convened collectively on Monday to begin considering the issue, which has gotten bipartisan support and Gov. Ron DeSantis' endorsement.

Florida has more than 11,000 student athletes, many who play sports that might not get the same limelight as football and basketball but nevertheless achieve acclaim in their own sport.