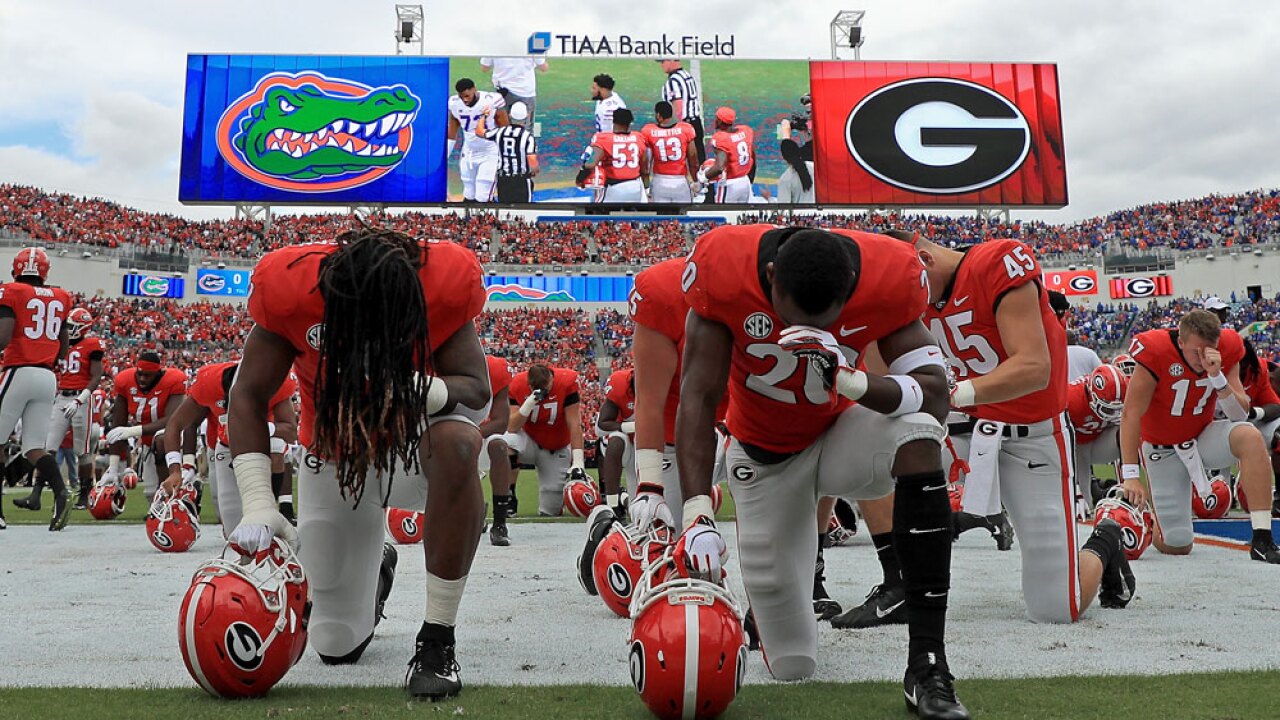 JACKSONVILLE, Fla. (AP) — Florida and Georgia have agreed to keep their annual rivalry game in Jacksonville through 2023.

Jacksonville Mayor Lenny Curry made the announcement Friday, eight days before the Southeastern Conference schools meet in the "World's Largest Outdoor Cocktail Party" for the 83rd time in 86 years.

The game moved to Jacksonville in 1933. It wasn't played in 1943 because of World War II and was played on campuses in 1994-95 because of stadium renovations.

Curry says Florida vs. Georgia is "more than a game; it's a tradition." He estimates that its economic impact topped $30 million in 2018.

My team and I have reached an agreement. The Florida-Georgia game has been extended through 2023 with an option to extend to 2025. See details here. @UF @GatorsFB @FloridaGators @FLvsGA @UGAAthletic pic.twitter.com/hacVXgbm5T

The schools have an option to extend the agreement two more years, through 2025. The current contract would have expired after 2021. New financial terms kick in next year.

The two-year extension still needs approval by the city council, but that is considered a formality.