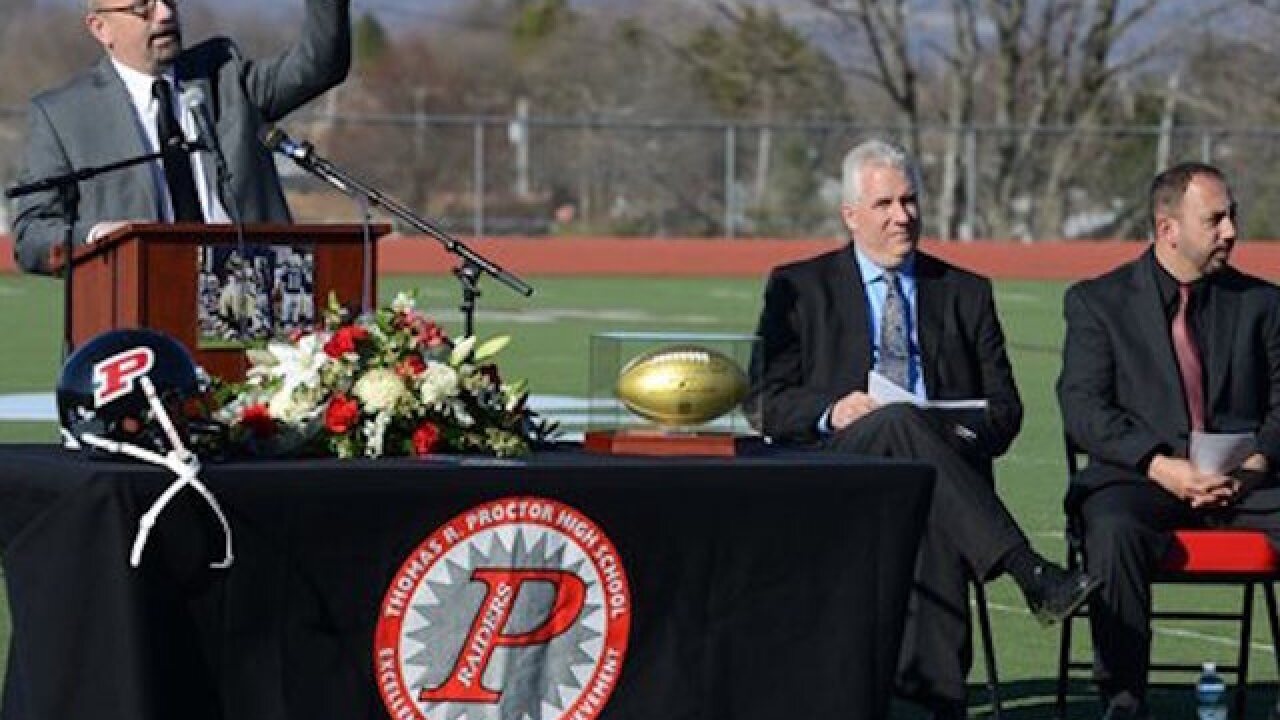 Tina Russell/Observer-Dispatch via AP
&lt;p&gt;Former Thomas R. Proctor High School football coach Guy Puleo speaks during a ceremony to honor the life and legacy of former New Orleans Saints defensive end Will Smith at the school in Utica, N.Y., Thursday, April 14, 2016. Fans of Smith are paying their respects to the fallen sports hero who was shot and killed last Saturday. Smith lived in Utica as a child with his grandmother, Nancy Smith, and played football for the high school. (Tina Russell/Observer-Dispatch via AP) &lt;/p&gt;

METAIRIE, La. (AP) — Fans of former New Orleans Saints defensive end Will Smith will pay their respects Friday to the fallen sports hero who was shot and killed last Saturday.

The Saints organization and Smith's family are hosting a visitation Friday afternoon at the team's practice facility in a New Orleans suburb. Then a traditional second-line parade is set for the evening in the same area Smith died.

Smith, 34, was shot and killed by Cardell Hayes, 28, after a traffic altercation, police said. Smith was shot seven times in the back and once along his side, the coroner said. His wife was shot twice but survived. Hayes' lawyer has said his client was not the aggressor and that he'll be vindicated when the true story is known. But an attorney for Smith has described Hayes as "enraged" at the time of the shooting and portrayed the Smiths as the victims.

Smith is a much-beloved member of the Saints organization. He played for the team during its tumultuous post-Katrina 2005 season when they traveled like nomads from stadium to stadium as the Superdome was repaired. Then in 2009, he was defensive captain on a team that went all the way to the Superbowl and won. He and his wife Racquel stayed in the area after he retired, and he remained active with various charities he's supported in the community.

There is no ceremony or speeches scheduled for the visitation. But a celebration of Smith's life on and off the field is expected to be presented using photographs and video, the team has said.

Guests can sign a guest book and prayer cards and make donations to Smith's "Where There's A Will, There's a Way Foundation."

A private family burial and funeral service is scheduled for Saturday.