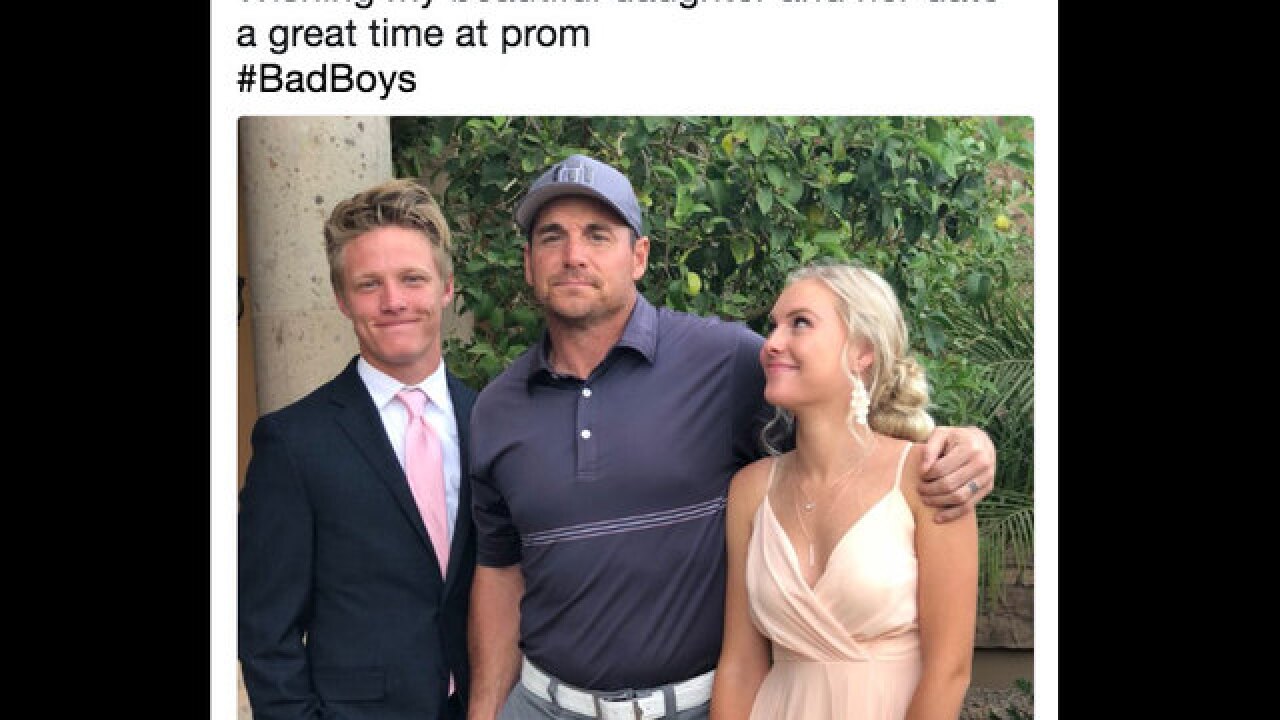 NEW YORK (AP) - Former NFL kicker Jay Feely says a photo of him holding a pistol while standing between his daughter and her prom date was intended to be a joke.

Feely posted the photo on Twitter Saturday. The photo shows him standing with his arm around his daughter and with the gun in his other hand, next to his daughter's date. But, some people thought he crossed a line.

On Sunday, Feely wrote that the couple, who have dated for over a year, knew he was joking.

He says he takes gun safety seriously and the gun was not loaded. He says he did not intend to be "insensitive" to the gun control issue.

Feely played for seven NFL teams, including the Miami Dolphins during the 2007 season.

Wishing my beautiful daughter and her date a great time at prom #BadBoyspic.twitter.com/T5JRZQYq9e

The prom picture I posted was obviously intended to be a joke. My Daughter has dated her boyfriend for over a year and they knew I was joking.
I take gun safety seriously (the gun was not loaded and had no clip in) and I did not intend to be insensitive to that important issue