Even by Cam Newton's standards, his most recent post-game outfit was a head-turner 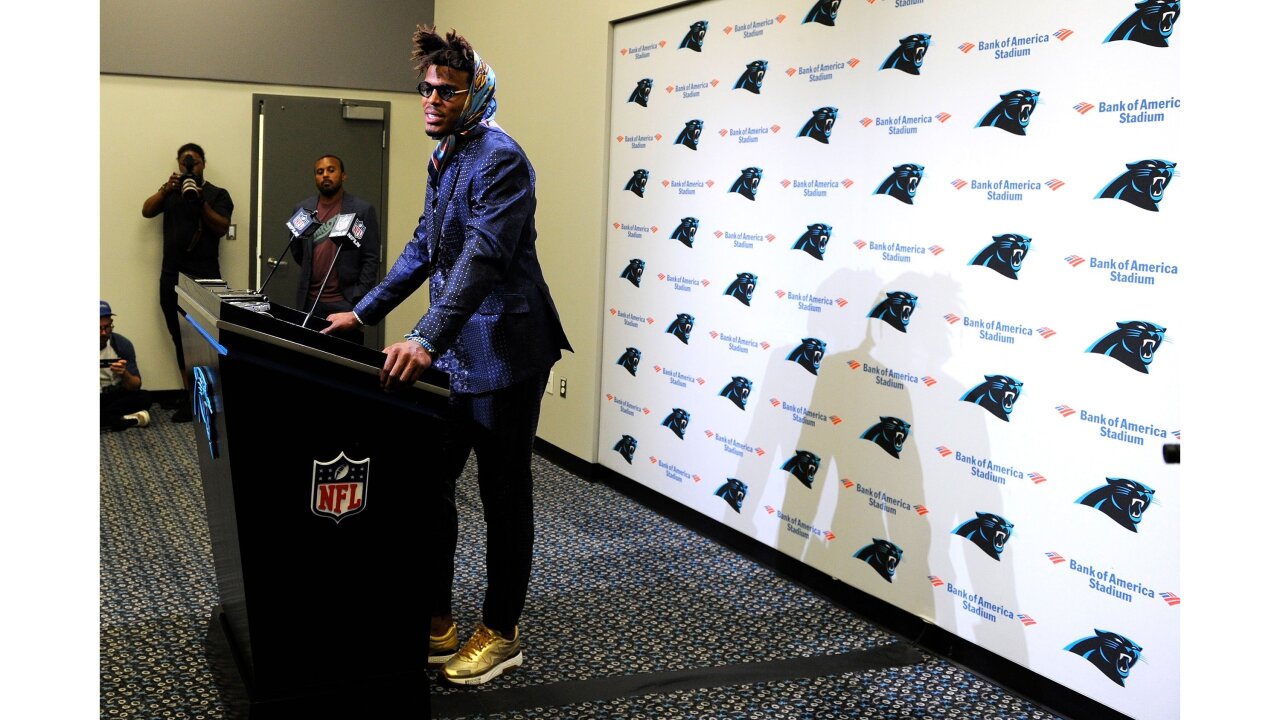 (CNN) -- Most of the NFL's Week 2 games won't be played until Sunday, but it's a good bet Cam Newton has already worn the most talked-about outfit of the week.

The Carolina Panthers quarterback stepped into Bank of America Stadium in Charlotte ahead of his Thursday night home game in a silky blue suit, gold shoes and a colorful headscarf -- and wore the same after the Panthers' 20-14 loss to the Tampa Bay Buccaneers.

Newton has long sported an inventive style. But this one especially seemed to bring out the jokes online.

It was mostly about the scarf, really.

There were a few "who wore it better" comparisons to the likes of Queen Elizabeth II and Spider-Man's Aunt May.

And more than a few Prince references.

During the press conference, Newton said it was time for "me to look myself in the mirror," referring to his play in Thursday's loss. That spawned another line of jokes.

ESPN's Rachel Nichols weighed in with this: "Honestly at this point if Cam Newton really wanted to shock us he'd just came to his presser in a sweatshirt."

The outfit had a fan in the Panthers' social media team, heralding his stadium entrance with a video and a "S I L K Y fit" tweet.

Again, Newton is known for his sartorial creativity. There was a fez. Just a few days ago there was a whole Twitter thread of Batman villain comparisons. He had a scarf and a hat adorned with, something, last week.

He gave some insight into his choices last year, when the Amazon Original series "All or Nothing" -- documenting the Panthers' 2018 season -- had a crew visiting his home as he perused some outfits with his personal tailor.

"Everything that I represent, I want to be unique," Newton said. "Like, Gucci hat, Gucci shirt, Gucci shoes, Gucci this -- that's not creative, you know what I'm saying?