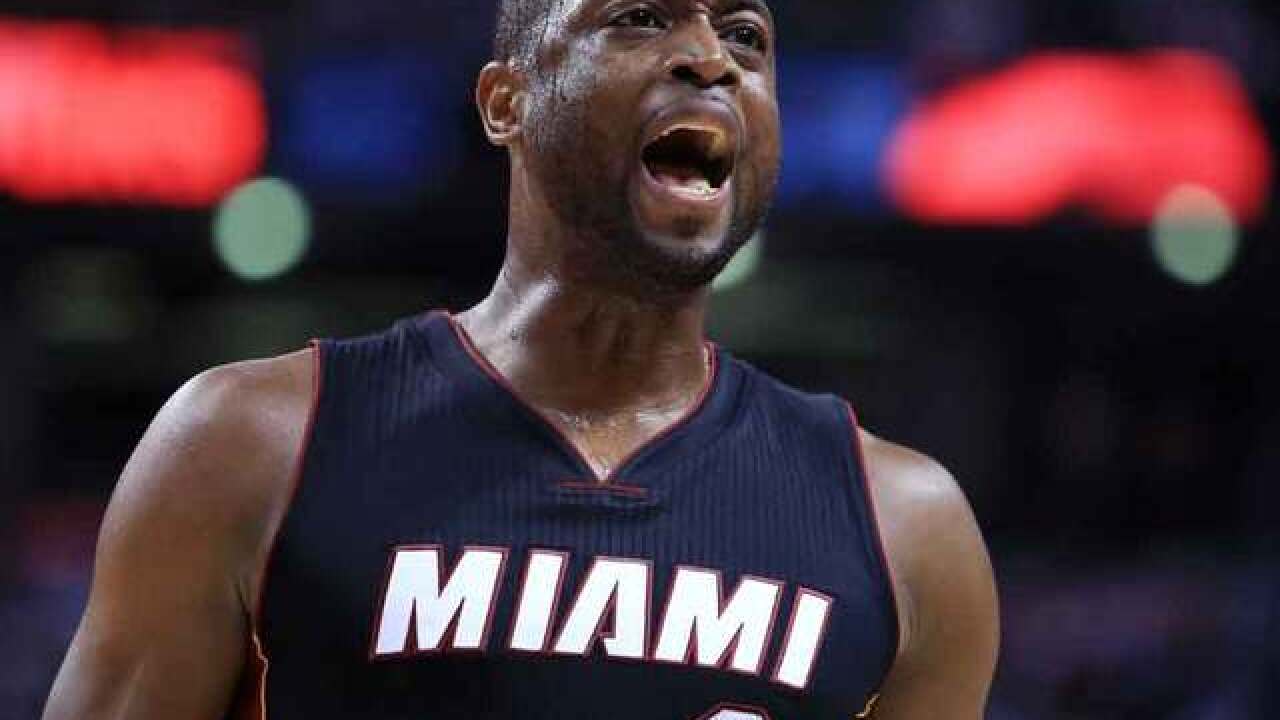 Copyright Getty Images
&lt;p&gt;Dwyane Wade #3 of the Miami Heat gestures to his teammates in the second half of Game One of the Eastern Conference Semifinals against the Toronto Raptors during the 2016 NBA Playoffs at the Air Canada Centre on May 3, 2016 in Toronto, Ontario, Canada. NOTE TO USER: User expressly acknowledges and agrees that, by downloading and or using this photograph, User is consenting to the terms and conditions of the Getty Images License Agreement. (Photo by Vaughn Ridley/Getty Images)&lt;/p&gt;

The Dwyane Wade era appears to have begun in Miami for a second time.

According to reports from various outlets, including ESPN insider Adrian Wojnarowski, the Cleveland Cavaliers have agreed to a trade sending Wade back to South Florida in exchange for a protected draft pick.

Wade spent 13 seasons with the team after being drafted in 2004, winning three NBA titles and being named a 12-time All-Star and eight-time All-NBA over that span.

He left the team after the 2015-16 season to sign a deal with his hometown Chicago Bulls before signing with Cleveland this past offseason.