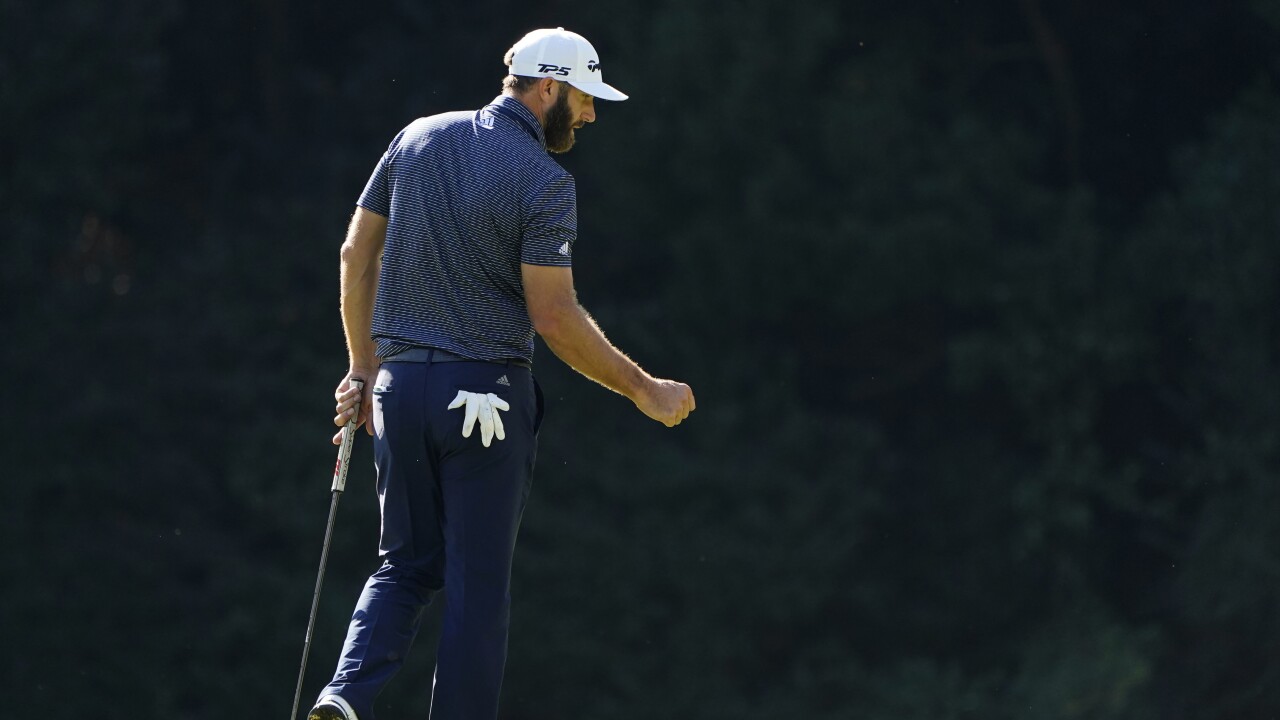 (Copyright 2020 The Associated Press. All rights reserved. This material may not be published, broadcast, rewritten or redistributed.)
Matt Slocum/AP
Dustin Johnson pumps his fist after a birdie on the 15th green during the final round of the Masters golf tournament Sunday, Nov. 15, 2020, in Augusta, Ga.

The Palm Beach Gardens, Florida, resident shook off a slow start and blew away the field to win his first green jacket.

He also broke by two shots the Masters scoring record at 20-under 268.

The Masters in November that had no fans also had no drama. Johnson made sure of that.

Along the way, he buried memories of past majors that went wrong when he was atop the leaderboard.