Trevor Lawrence throws 3 TD passes, runs for another in victory 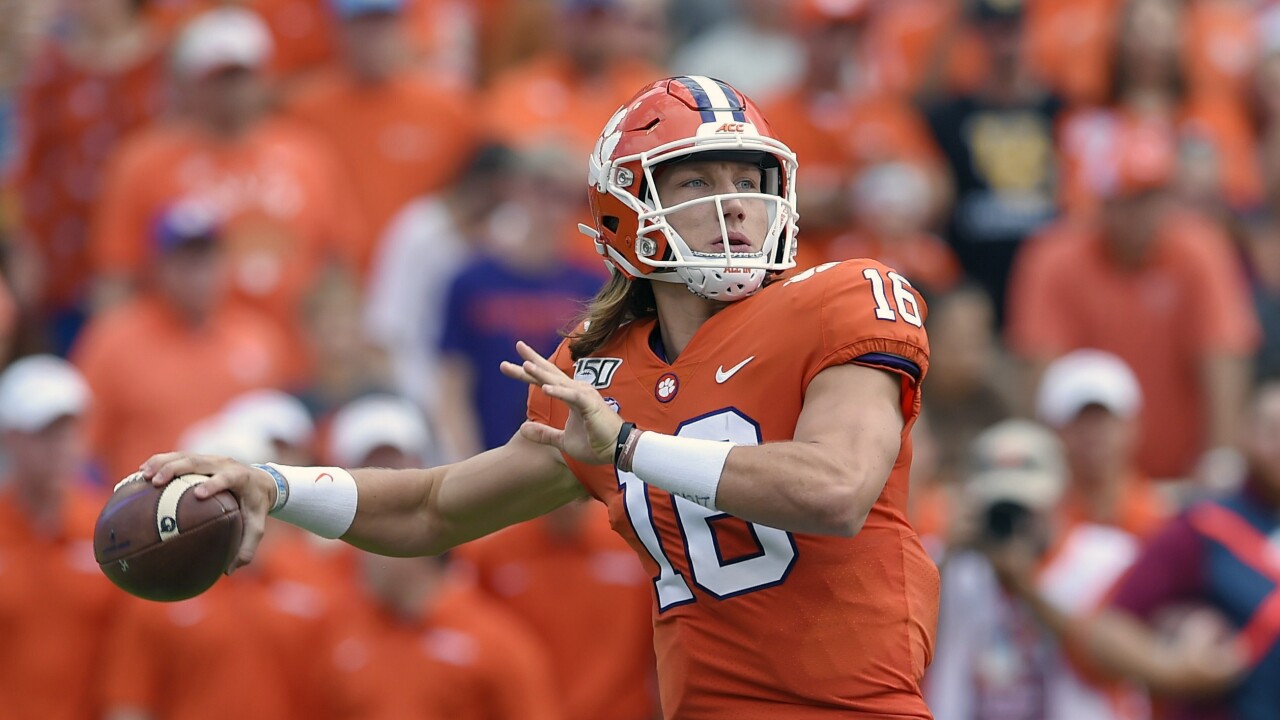 (Copyright 2020 The Associated Press. All rights reserved. This material may not be published, broadcast, rewritten or redistributed.)
Richard Shiro/AP
Clemson quarterback Trevor Lawrence throws a pass during the first half of a game against Florida State, Oct. 12, 2019, in Clemson, S.C.

CLEMSON, S.C. — Trevor Lawrence threw three touchdowns passes and ran for another as No. 1 Clemson proved once again who's boss in the Atlantic Coast Conference with a 42-17 beatdown of seventh-ranked Miami.

Travis Etienne ran for 149 yards and two scores, including a 72-yard burst down the left sidelines to help the Tigers open 4-0 for a sixth straight season.

Lawrence finished 29-of-41 passing for 292 yards and a 12th straight game without an interception.

Clemson's defense held Miami to 210 yards, less than half of its 499 yard average coming in.