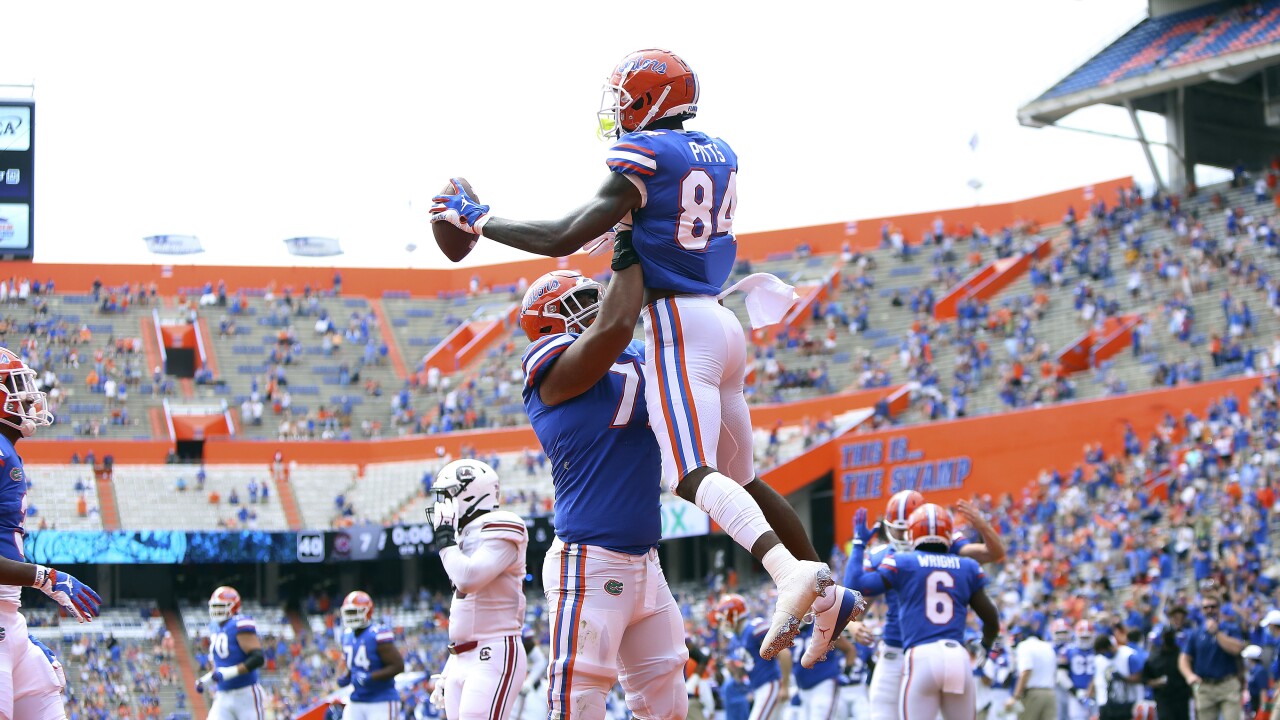 (Copyright 2020 The Associated Press. All rights reserved. This material may not be published, broadcast, rewritten or redistributed.)
Brad McClenny/AP
Florida tight end Kyle Pits leaps up as he celebrates a touchdown catch with teammates during a game against South Carolina, Saturday, Oct. 3, 2020, in Gainesville, Fla.

GAINESVILLE, Fla. — Florida has paused all team activities after "an increase in positive COVID tests among players this week," athletic director Scott Stricklin said in a statement Tuesday.

"Head coach Dan Mullen has been in communication with football players and their parents, and I have had conversations with the Southeastern Conference office, last week's opponent Texas A&M, and this week's opponent LSU," Stricklin said.

After his team's loss at Texas A&M, Mullen said he hoped the university "decides to let us pack 'The Swamp' for LSU," citing the factor the crowd played in the upset.

But University of Florida President Kent Fuchs said the school "remains fully and firmly committed" to following Centers for Disease Control and Prevention guidelines to help prevent the spread of the coronavirus.

Earlier in the day, Florida announced that the kickoff time for Saturday's game had been changed to 4 p.m.

"These circumstances will be re-evaluated by UF Health and the athletic department's sports medicine staff Wednesday," Stricklin said.