2 Gators suspended for first half of next weekend's Georgia game 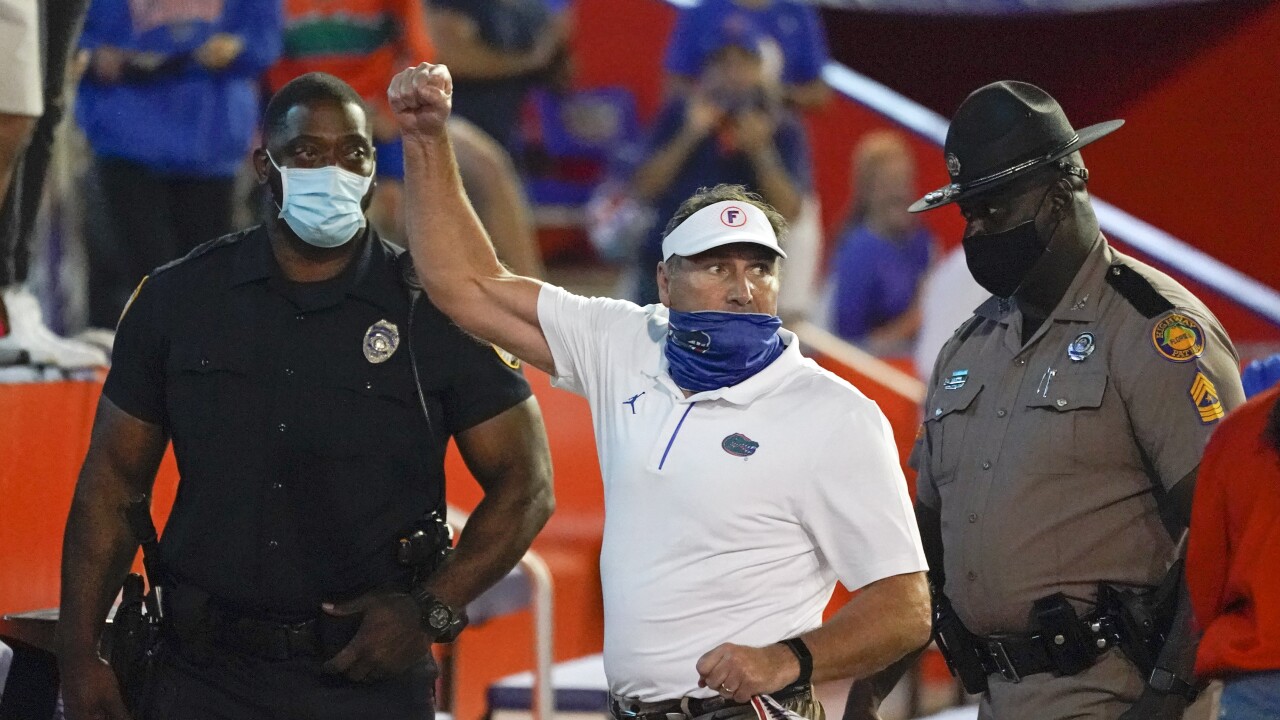 (Copyright 2020 The Associated Press. All rights reserved. This material may not be published, broadcast, rewritten or redistributed.)
John Raoux/AP
Florida head coach Dan Mullen raises his fist to cheering Florida fans after an argument at the end of the first half as he was escorted to the locker room by law enforcement officers during a game against Missouri, Saturday, Oct. 31, 2020, in Gainesville, Fla.

GAINESVILLE, Fla. — The Southeastern Conference has fined Florida football coach Dan Mullen $25,000 for his role in a benches-clearing brawl against Missouri.

Each of them will sit out the first half of Missouri's next game against No. 5 Georgia on Nov. 14.

Florida defensive lineman Zach Carter and linebacker Antwuan Powell, who were ejected for fighting, will be suspended for the first half against the Bulldogs on Saturday in Jacksonville.