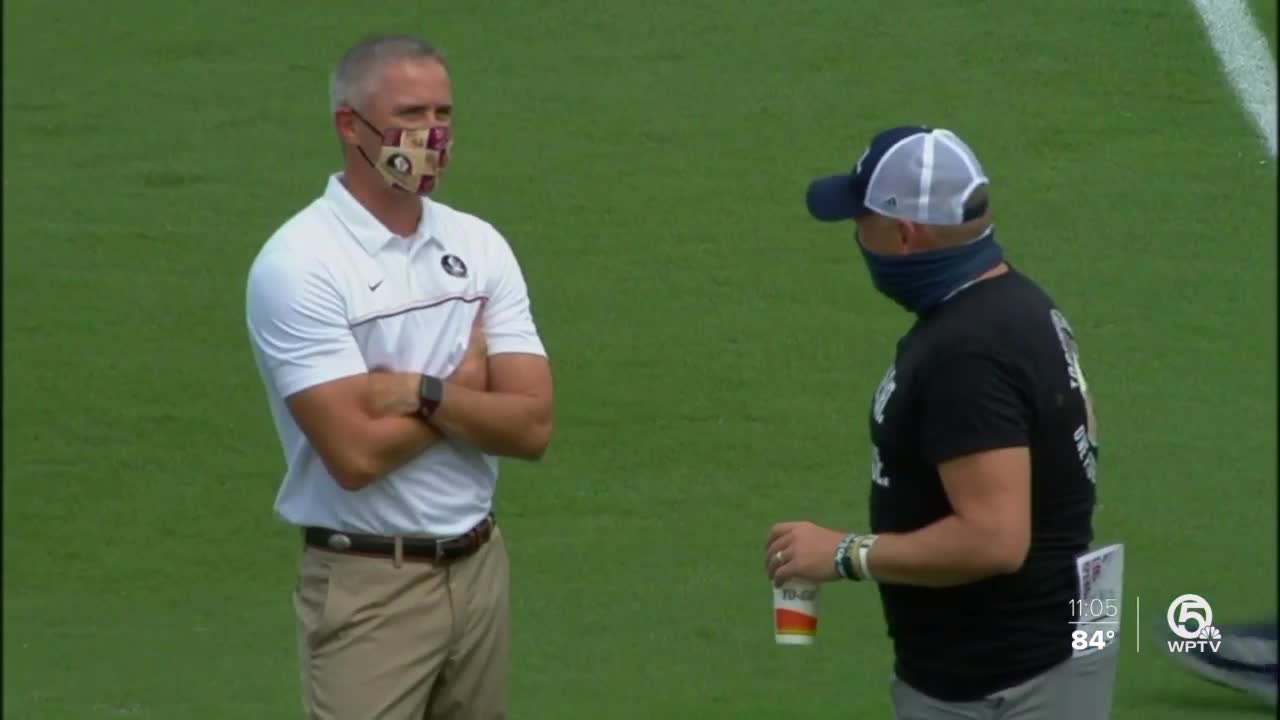 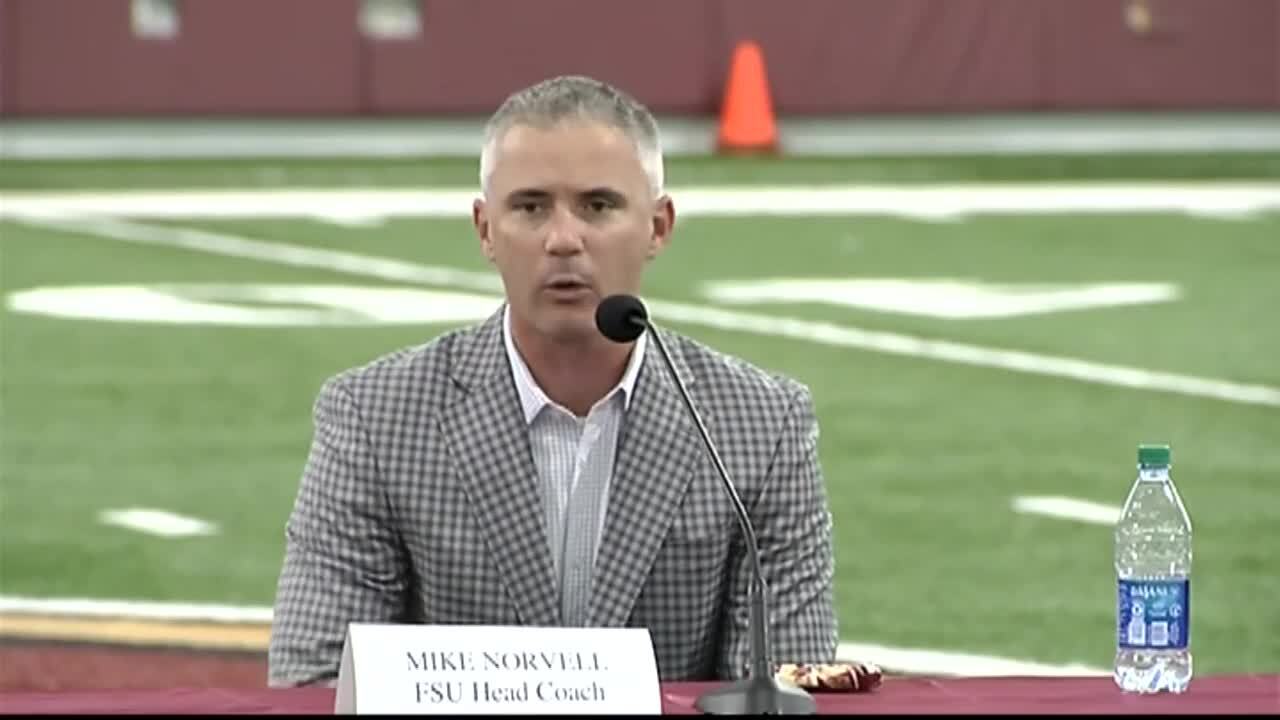 TALLAHASSEE, Fla. — It's been a rough beginning for the Mike Norvell era at Florida State.

The first-year Seminoles head coach announced Saturday that he has tested positive for the coronavirus and will miss next weekend's game at Miami.

Norvell said he was negative in his previous two tests earlier this week but tested positive Friday.

"My result was surprising to me, but we have prepared for a potential positive result among anyone in our program and we will put that plan in place while I am away," Norvell said in a statement.

Norvell said his wife and daughter have tested negative but are quarantining.

"I will remain involved remotely as much as possible to help our team continue to prepare," Norvell said. "Deputy head coach Chris Thomsen will handle in-person head coaching duties until I am able to return."

The Seminoles (0-1), who are off this weekend, will face the Hurricanes (1-0) next Saturday at Hard Rock Stadium.

"At this point, based on our testing this week, we have no reason to believe that the Miami game is in jeopardy," Coburn said.