Teams will try to play in December 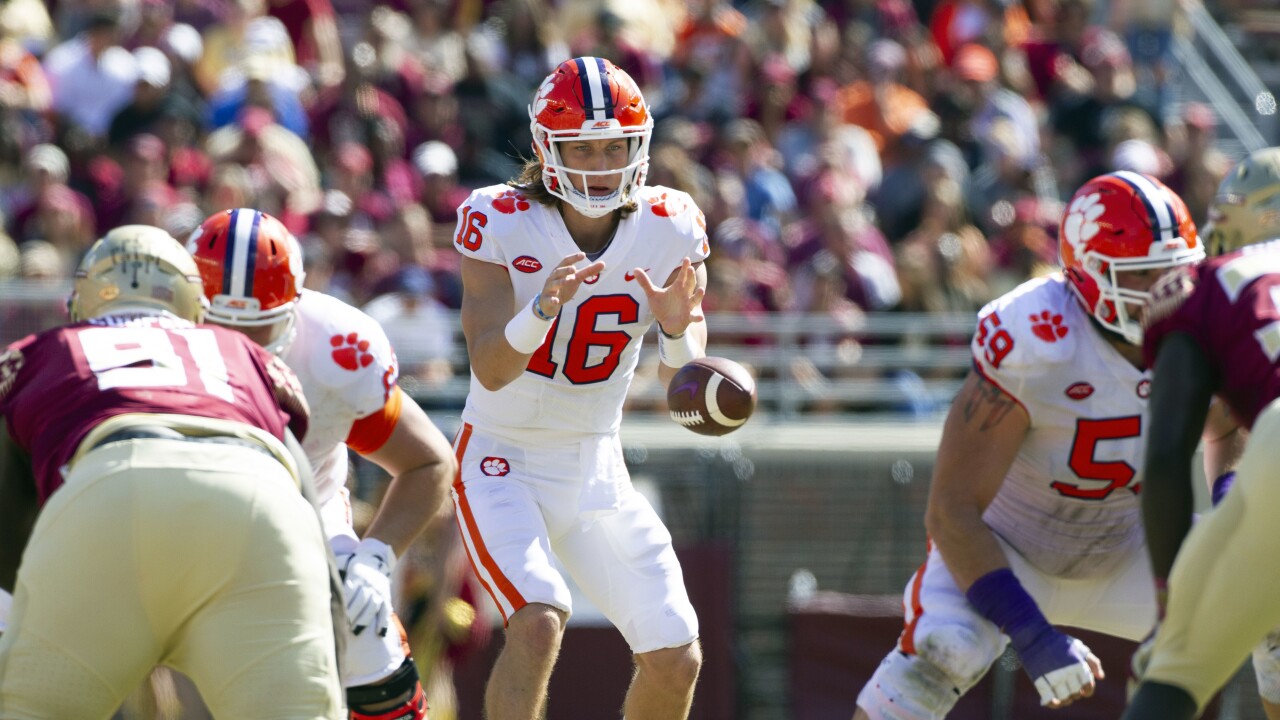 (Copyright 2020 The Associated Press. All rights reserved. This material may not be published, broadcast, rewritten or redistributed.)
Mark Wallheiser/AP
Clemson quarterback Trevor Lawrence takes a snap in the first half against Florida State, Saturday, Oct. 27, 2018, in Tallahassee, Fla.. Clemson defeated Florida State 59-10.

TALLAHASSEE, Fla. — Florida State's home football game against No. 4 Clemson has been postponed because of coronavirus concerns.

The announcement came Saturday morning, about three hours before the scheduled kickoff.

A message from the Atlantic Coast Conference said both teams' medical personnel "were unable to mutually agree on moving forward with the game."

"Our first priority is the health of our student-arhletes, and I appreciate the protocols that have been put in place by FSU and the ACC to ensure everyone's health while allowing us to play this season," FSU head coach Mike Norvell said in a statement.

Clemson athletic director Dan Radakovich said in a statement that the team was "disappointed" the game wouldn't be played Saturday.

"Clemson has followed all of the ACC's protocols in preparation for this game," he said.

A makeup date has not been set, but Norvell said the teams will try to play the game in December.