Bobby Bowden says he is improving after contracting COVID-19 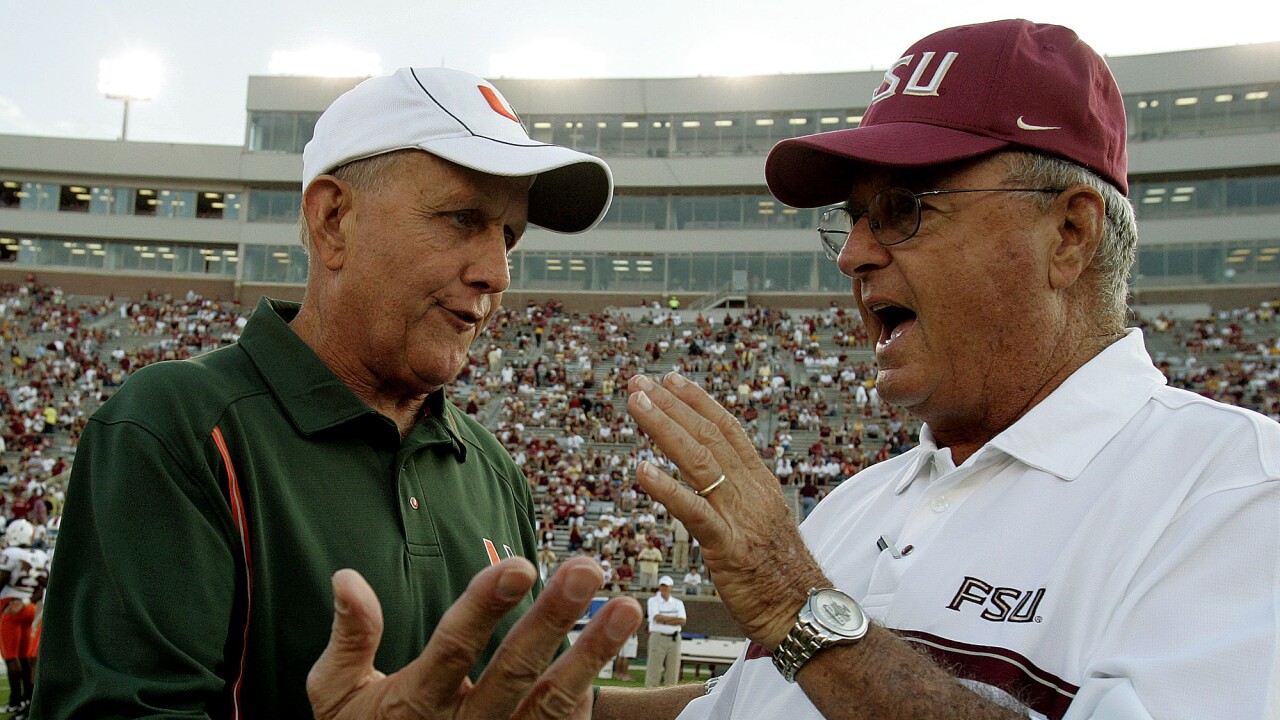 (Copyright 2020 The Associated Press. All rights reserved. This material may not be published, broadcast, rewritten or redistributed.)
Phip Coale/AP
University of Miami head coach Larry Coker and Florida State University head coach Bobby Bowden meet at mid-field prior to the start of the game, Monday, Sept. 5, 2005, in Tallahassee, Fla.

Bowden has been hospitalized for a week in Tallahassee. He told the paper he's walking around his room.

He said the coronavirus hit him hard, giving him a fever, but that is now behind him.

Bowden coached Florida State for 34 years, retiring after the 2009 season. He's second on the career victories list in major college football with 357, behind only the late Joe Paterno of Penn State.