Bobby Bowden released from hospital after testing positive for coronavirus 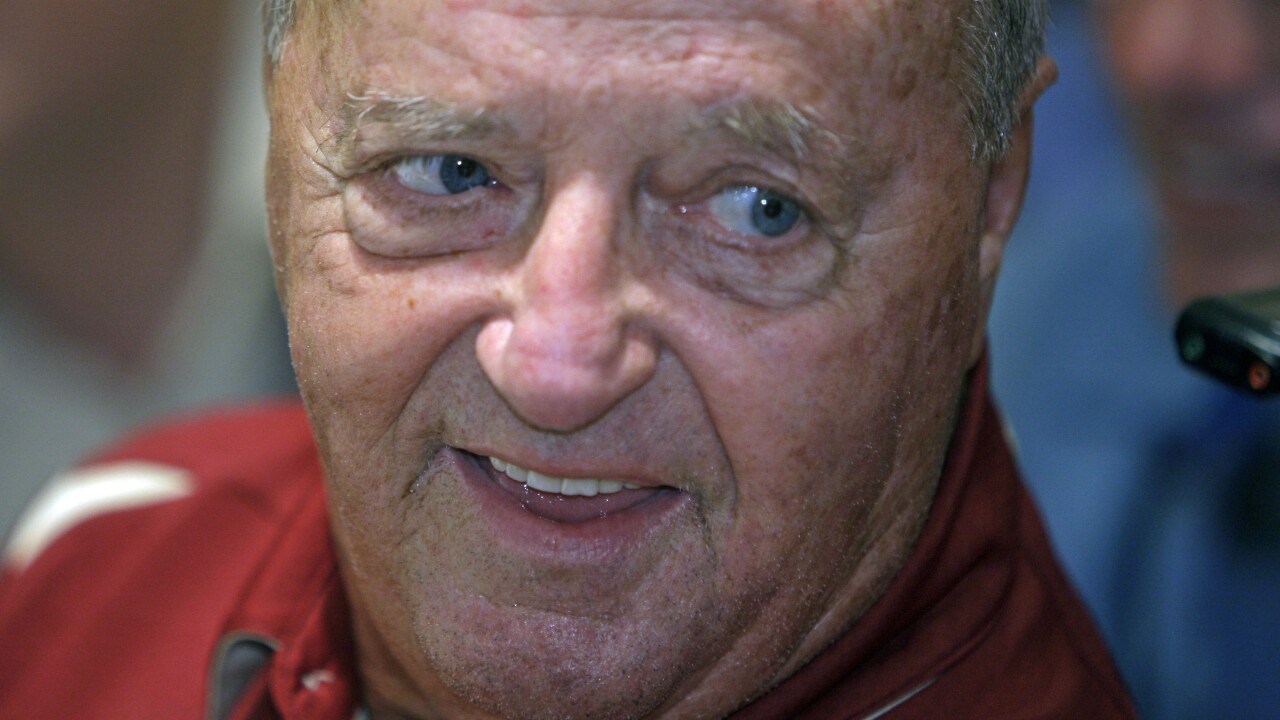 TALLAHASSEE, Fla. — Former Florida State head football coach Bobby Bowden is back home after a hospital stay to be treated for COVID-19.

He was hospitalized Oct. 6, three days after testing positive for the coronavirus. He had received word of the positive test a few days after returning to his Tallahassee home from a lengthy hospital stay for an infection in his leg.

Bowden, who coached the Seminoles from 1976-2009, won a dozen Atlantic Coast Conference championships and two national titles during his 34 seasons in Tallahassee. He also coached Heisman Trophy-winning quarterbacks Charlie Ward and Chris Weinke.

The playing field at FSU's football stadium is named in his honor.