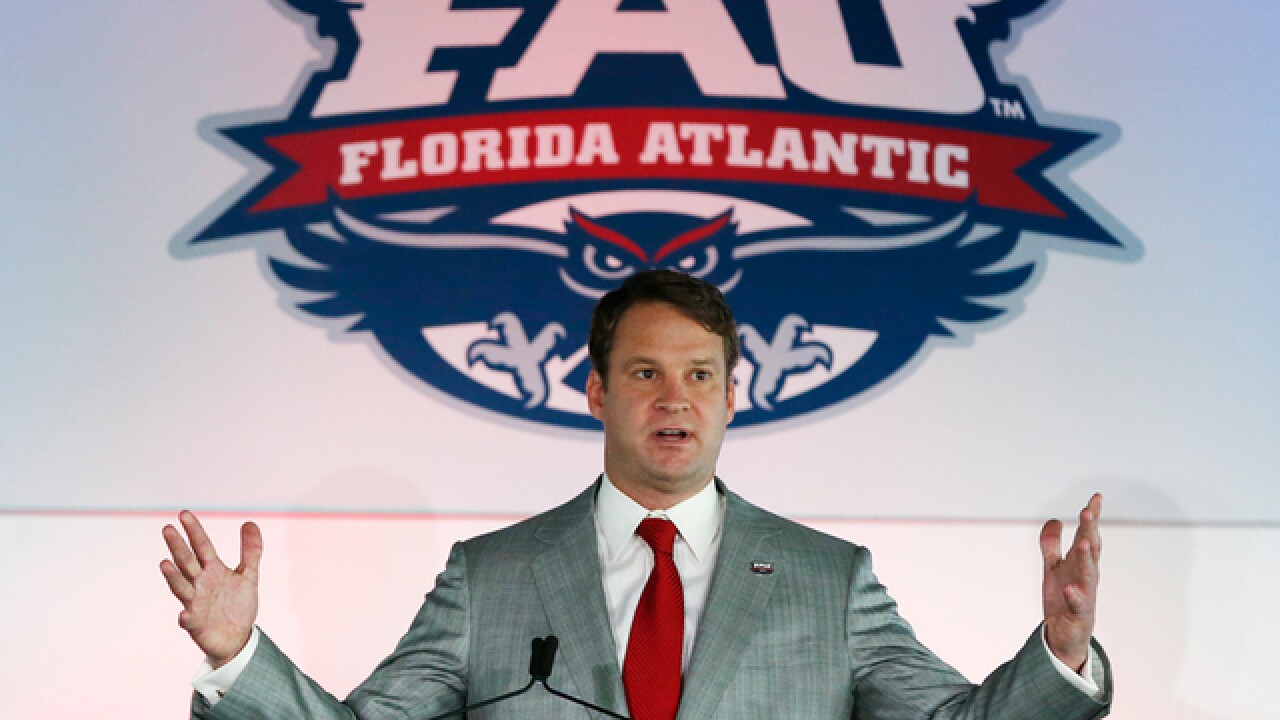 In coach Lane Kiffin's first year at Florida Atlantic, the Owls reached a bowl for the first time since a 2008 Motor City Bowl victory, and a win would represent another step forward for the program. The Owls, who went 3-9 each of the past three years, have won nine consecutive games and captured the Conference USA title this season. The reward is a postseason game in their home stadium.

LB Ulysees Gilbert will likely need to tackle Devin Singletary a lot to keep underdog Akron in the game. Gilbert is a first-team all-Mid-American Conference selection who has recorded more than 120 tackles each of the last two seasons. Singletary has rushed for 1,796 yards and an FBS-high 29 touchdowns for Florida Atlantic while averaging 6.5 yards per carry.

Akron: DB Alvin Davis is only 5-9 and 170 pounds, but he was a second-team MAC selection and will likely have a big cheering section because he grew up in Fort Lauderdale. He has 159 tackles in two seasons and will be a key part of the Zips' run defense.

Each team started 1-3. ... FAU rebounded to become a 10-win team for the first time at the FBS level. ... Akron recovered to reach the Mid-American Conference championship game for the first time since 2005 , then lost to Toledo 45-28. ... FAU leads the FBS with 20 interceptions, and Akron is second with 19. ... The Owls rank sixth in rushing offense with 283 yards per game, and ninth in scoring offense at 39.8. ... Owls S Jalen Young is tied for first with seven interceptions. ... FAU linebacker Azeez Al-Shaair is fifth in the nation with 134 tackles. ... Owls junior QB Jason Driskel is 9-1 as a starter. ... Kerrith Whyte became the first Owl to ever return a kickoff for a score against Louisiana Tech, and averages 29.5 yards per return. ... Akron has 29 players from Florida, including 12 from South Florida.