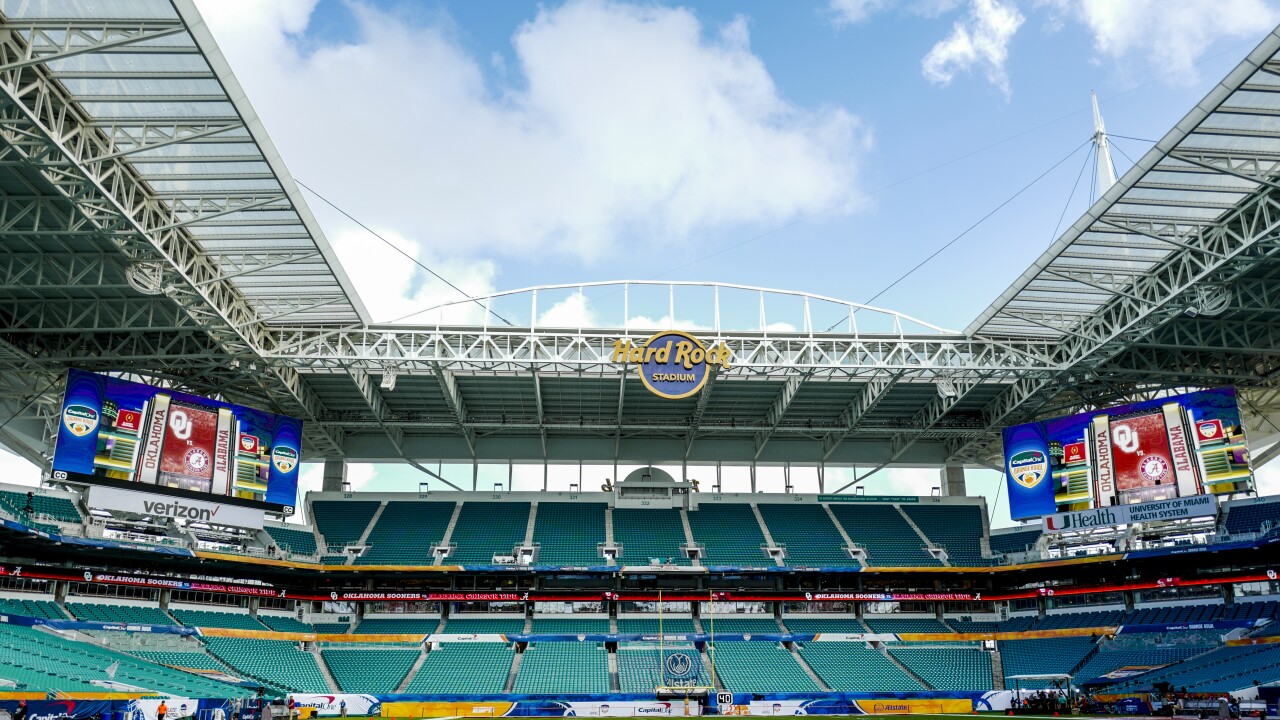 (Copyright 2020 The Associated Press. All rights reserved. This material may not be published, broadcast, rewritten or redistributed.)
Logan Bowles/AP
A general view of Hard Rock Stadium prior to the College Football Playoff semifinal between the Oklahoma Sooners and Alabama Crimson Tide, Saturday, Dec. 29, 2018, in Miami Gardens, Fla.

The final rankings, originally scheduled for release Dec. 6, will instead be released Dec. 20 to accommodate several conferences pushing their championship games back to later in December.

Three of the Power 5 conferences -- the Big Ten, Pacific 12 and Southeastern conferences -- previously announced that member schools will play conference-only schedules in 2020 as a result of the coronavirus pandemic. The Atlantic Coast and Big 12 conferences have adopted a plus-one model, allowing each team to play one nonconference game.

"With recent schedule changes for the regular season, it makes sense for the committee to make its final rankings after the conference championship games, when it can get a complete picture of the season," Hancock said. "The selection committee members understand the need to be flexible as we all navigate uncharted waters this season, and this move will allow them to evaluate all the available information."

Also, media day ahead of the College Football Playoff National Championship game has been canceled as postseason travel time for the participating teams will be shortened.

The semifinals and CFP National Championship will still be played as scheduled. The Rose and Sugar bowls, which will serve as semifinal sites this season, are scheduled for New Year's Day, while the national title game at Hard Rock Stadium is still scheduled to be played Jan. 11.