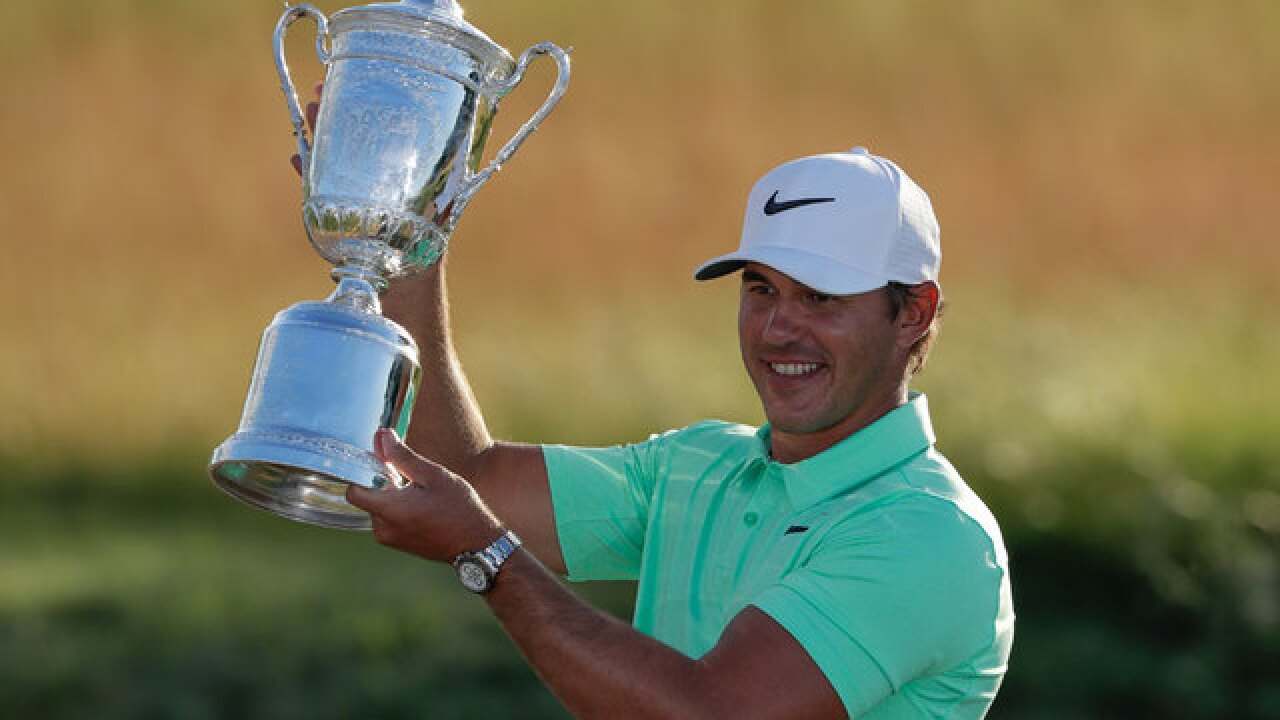 (CNN) -- Brooks Koepka became the first man to win back-to-back US Open titles for 29 years after overcoming a testing and controversial week at Shinnecock Hills.

The 28-year-old Floridian triumphed by one shot on a absorbing afternoon to back up his breakthrough major victory at Erin Hills 12 months ago.

He began the day in a four-way tie for the lead and carded a two-under 68 for one over to edge England's Tommy Fleetwood, who fired only the sixth round of 63 in US Open history.

Koepka, who missed a chunk of the early season with a wrist injury, finished two clear of world No.1 Dustin Johnson and three ahead of Masters champion Patrick Reed.

The last of the six previous back-to-back US Open winners was Curtis Strange in 1988 and 1989.

Koepka's win snapped a streak of nine first-time major winners out of the previous 10 events.