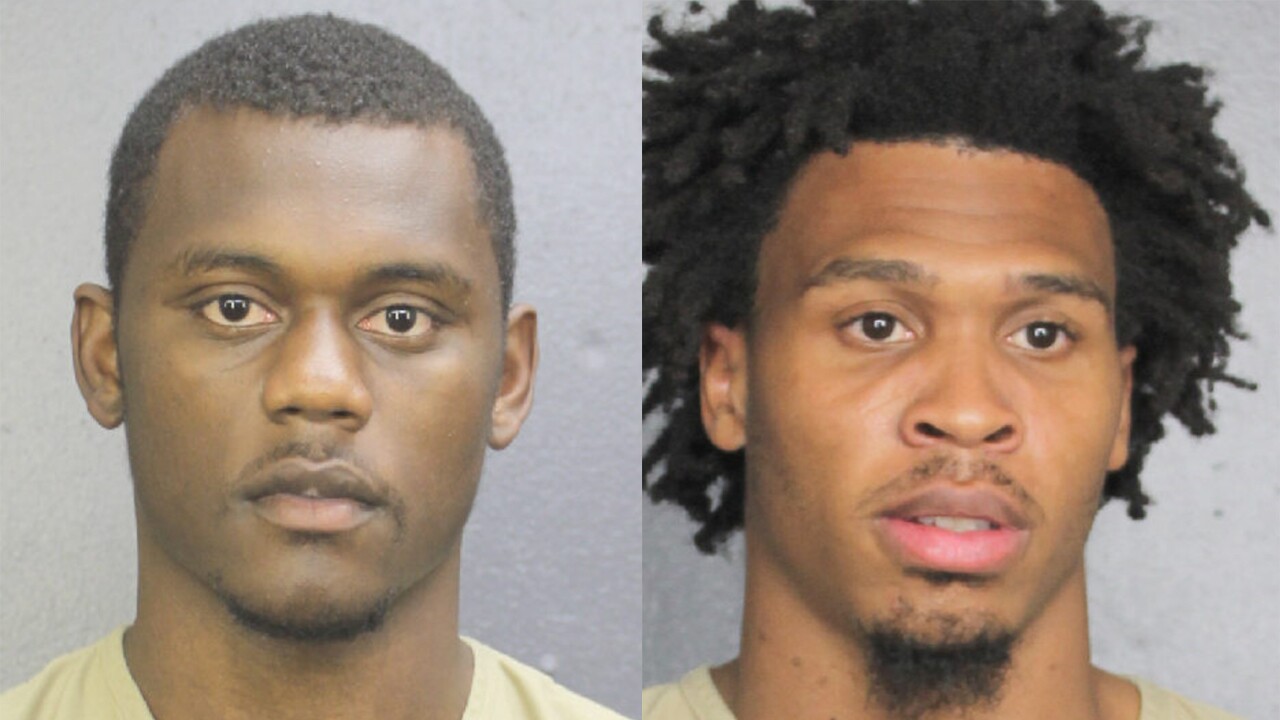 Broward Sheriff&#39;s Office
DeAndre Baker and Quinton Dunbar are facing charges in connection with an armed robbery at a Miramar party.

FORT LAUDERDALE, Fla. — New York Giants cornerback DeAndre Baker and Seattle Seahawks cornerback Quinton Dunbar have been released on bond after their arrests in connection with an armed robbery in South Florida.

Baker and Dunbar turned themselves in Saturday after warrants were issued for their arrests. The Miami natives are accused of robbing guests at a party Wednesday night in Miramar.

Both men appeared in court Sunday morning, when a Broward County judge set their bond at $25,000 on each count.

Dunbar's attorney, Michael Grieco, told ESPN he gave the state attorney's office five sworn affidavits from witnesses that exonerated his client from wrongdoing. Grieco said they are the same witnesses who gave the original statements in the police report that led to the arrest warrants.

Bond granted. Typically in these cases defendants are held no bond, the judge however took into account everything including affidavits and released both Baker and Dunbar.

Baker, 22, was a first-round draft pick who started 15 games for the Giants as a rookie last season.

Dunbar, 27, spent his first five seasons with the Washington Redskins before being traded to the Seahawks in March.