Owls had been scheduled to open season at Minnesota; Hurricanes' Sept. 26 game at Michigan State scrapped 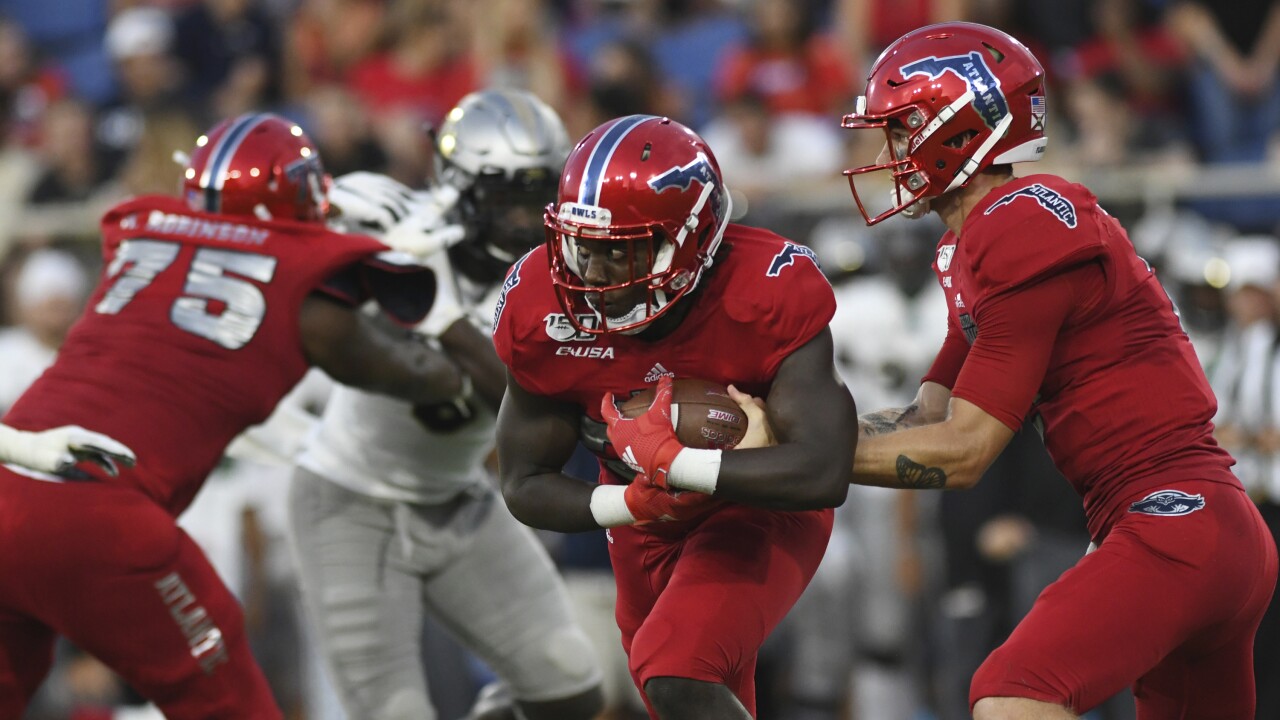 (Copyright 2020 The Associated Press. All rights reserved. This material may not be published, broadcast, rewritten or redistributed.)
Jim Rassol/AP
Florida Atlantic running back Malcolm Davidson takes a handoff from quarterback Chris Robison during the first half of a game against UCF on Saturday, Sept. 7, 2019, in Boca Raton, Fla.

The Big Ten Conference announced Thursday that all fall sports will be limited to league-only games.

"By limiting competition to other Big Ten institutions, the conference will have the greatest flexibility to adjust its own operations throughout the season and make quick decisions in real-time based on the most current evolving medical advice and the fluid nature of the pandemic," the Big Ten said in a statement.

The announcement comes a day after the Ivy League canceled all fall sports as a result of the coronavirus pandemic.

"FAU athletics is aware of the Big Ten's decision to move to a conference-only schedule and we're looking into the matter further at this time," a representative for the Owls said in a statement.

The defending Conference USA champions are preparing for their first season under Taggart, who was fired by Florida State after just 21 games.

Meanwhile, the Hurricanes are looking to improve upon last year's losing season -- their first since 2014 -- under second-year head coach Manny Diaz.

"While we are disappointed to lose the opportunity to face Michigan State during the 2020 season, we will work with the (Atlantic Coast Conference) to best position our program for the upcoming season," Miami athletic director Blake James said in a statement.

This is the fourth consecutive year that Miami's football schedule has been altered. Miami's last two season openers were moved to accommodate television, while two ACC games were rescheduled and a non-conference game was canceled in 2017 because of Hurricane Irma.