Heat pick Precious Achiuwa in first round of NBA draft 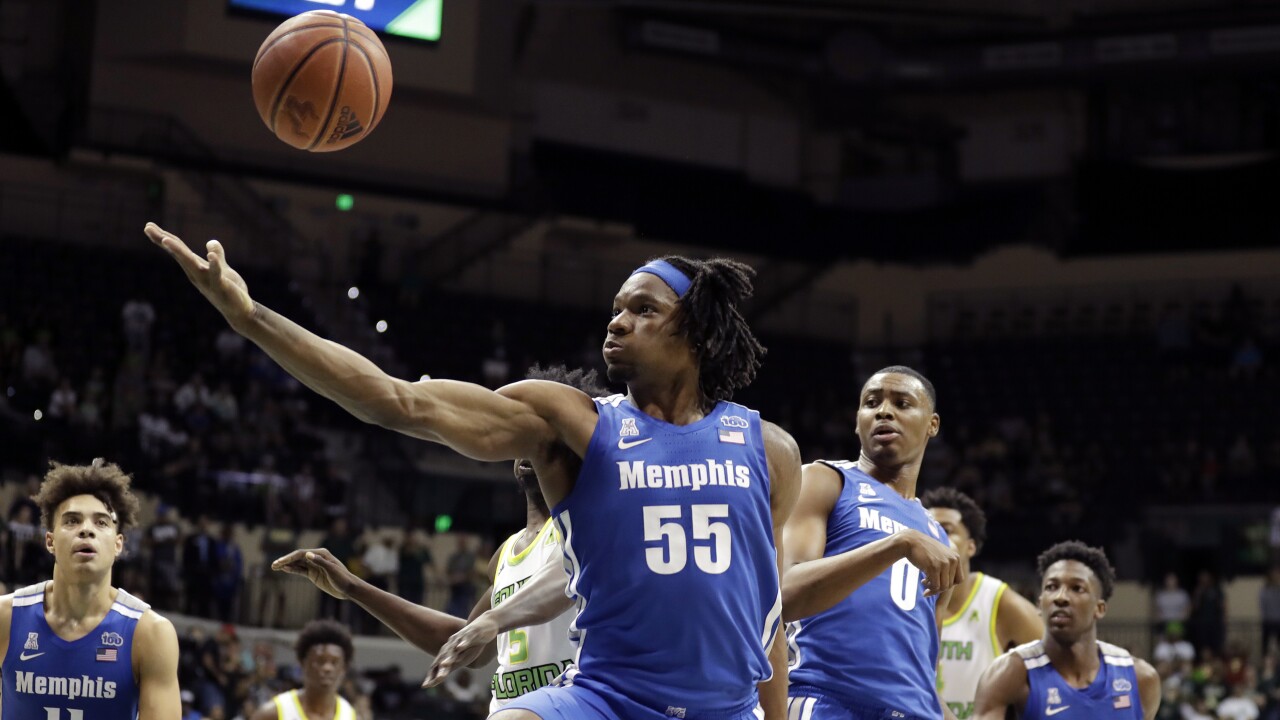 (Copyright 2020 The Associated Press. All rights reserved. This material may not be published, broadcast, rewritten or redistributed.)
Chris O'Meara/AP
Memphis forward Precious Achiuwa (55) grabs a rebound against South Florida during the second half of a college basketball game, Jan. 12, 2020, in Tampa, Fla. Achiuwa was selected by the Miami Heat in the NBA draft Wednesday, Nov. 18, 2020.

MIAMI — Precious Achiuwa was the best player in the American Athletic Conference in his lone collegiate season. The Miami Heat hope that success can now translate to the NBA.

The 6-foot-9 Achiuwa was taken by the Heat with the No. 20 pick in Wednesday's NBA draft, giving the reigning Eastern Conference champions more frontcourt depth and athleticism.

Achiuwa averaged 15.8 points and 10.8 rebounds for Memphis last season, shooting 49% from the field and posted 18 double-doubles in 31 games.