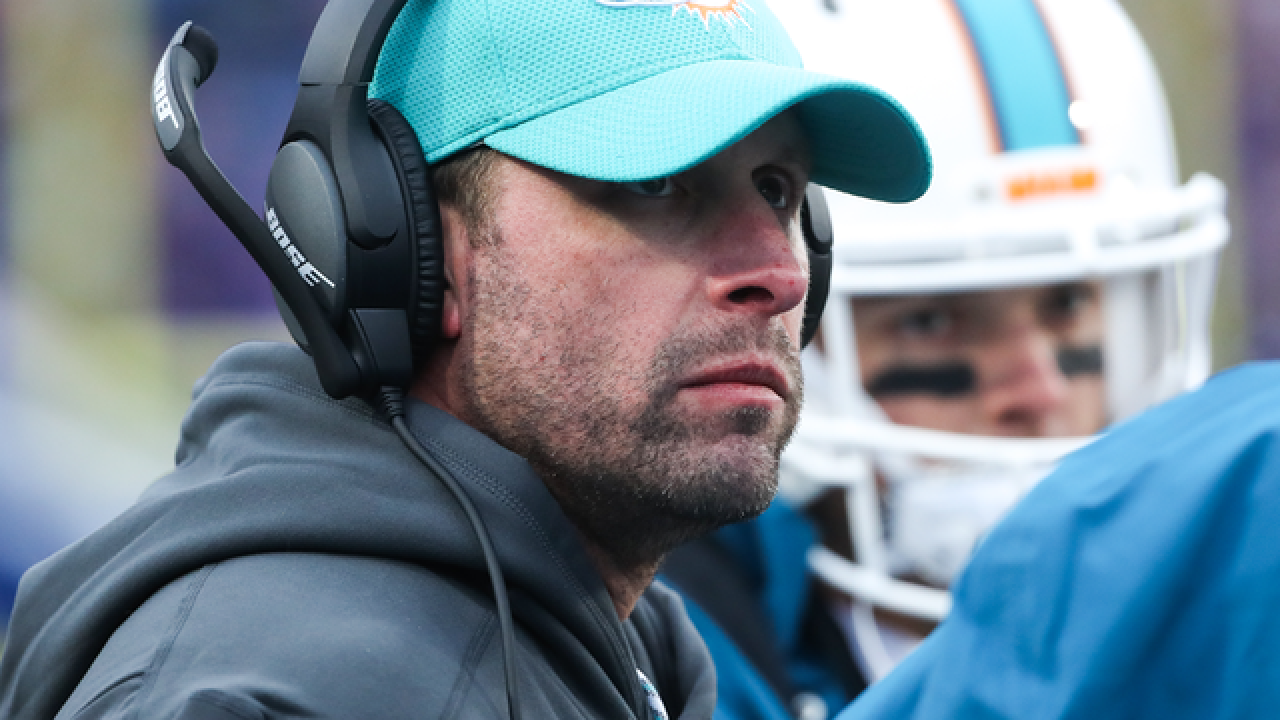 Copyright Getty Images
&lt;p&gt;Head Coach Adam Gase of the Miami Dolphins looks at the field during the fourth quarter against the Buffalo Bills on December 17, 2017 at New Era Field in Orchard Park, New York. (Photo by Tom Szczerbowski/Getty Images)&lt;/p&gt;

DAVIE, Fla. (AP) — Miami Dolphins coach Adam Gase says he's happy with his revamped roster, and that includes the quarterbacks who will compete this summer to back up Ryan Tannehill.

Gase said he'd be comfortable turning to Fales or Osweiler this season if Tannehill were sidelined by an injury, and bringing in an emergency replacement wouldn't be necessary. Last year, Gase coaxed Jay Cutler out of retirement when Tannehill suffered a knee injury that forced him to miss the entire season.

Osweiler signed a one-year contract in March after going 0-4 as the Denver Broncos' starter last season. Fales had only two career completions before getting an extended tryout in the Dolphins' 2017 finale.