US Navy says over 2,500 assault rifles found in Gulf seizure 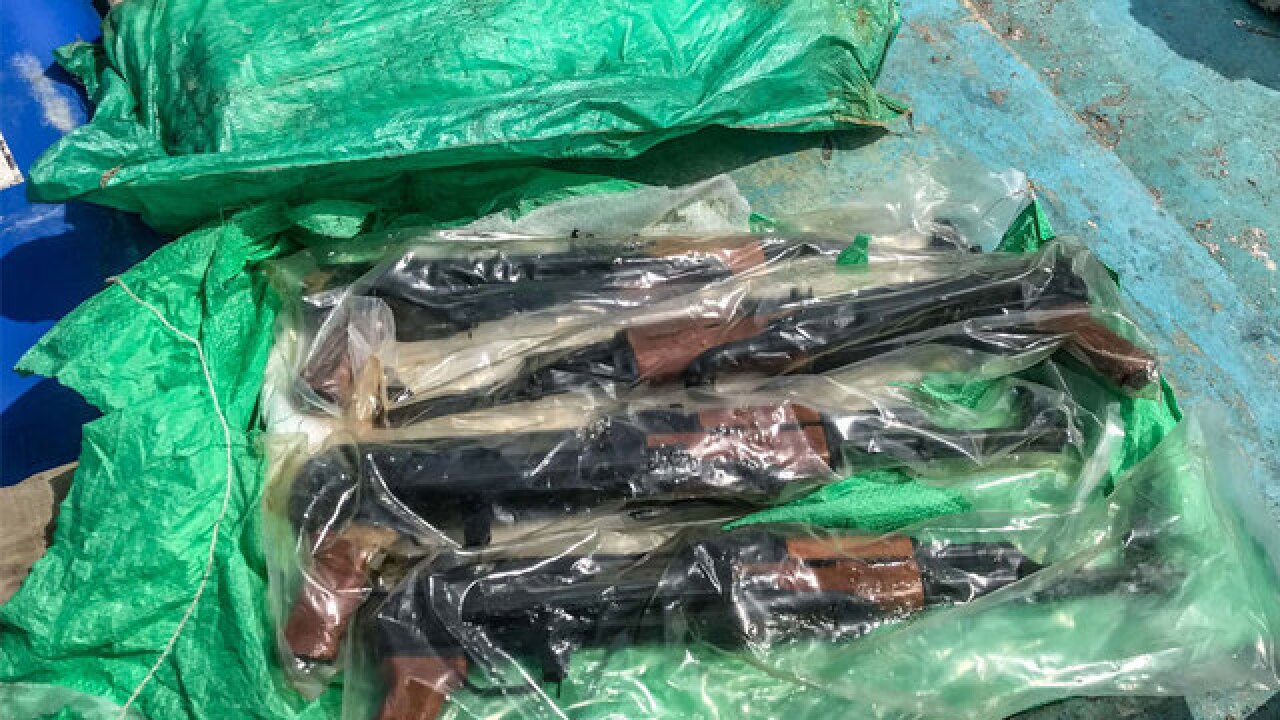 Public Domain
&lt;p&gt;GULF OF ADEN (Aug. 28, 2018) A bag of AK-47 automatic rifles seized from a skiff by the guided-missile destroyer USS Jason Dunham’s (DDG 109) visit, board, search and seizure team while conducting maritime security operations. The stateless skiff was found carrying a shipment of over 1,000 illicit weapons. Jason Dunham is deployed to the U.S. 5th Fleet area of operations in support of naval operations to ensure maritime stability and security in the Central Region, connecting the Mediterranean and the Pacific through the western Indian Ocean and three strategic choke points.&lt;/p&gt;

The Navy's Bahrain-based 5th Fleet gave the updated total in a statement Wednesday. It boarded the skiff and the dhow, a traditional ship in the Persian Gulf, during a routine check in the Gulf of Aden on Aug. 28.

The Navy added: "The origin and intended destination of the skiff have not yet been determined."