UN nuclear chief: Iran must honor deal 'for many years' 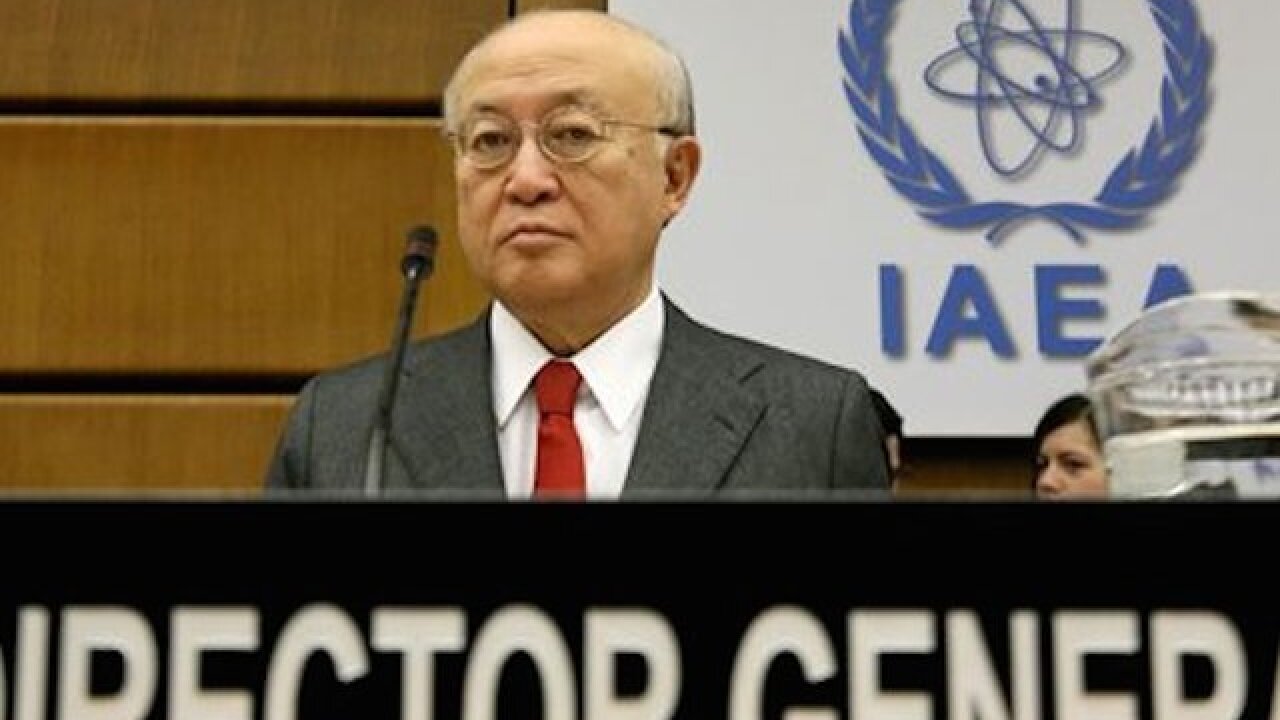 Copyright Associated Press
&lt;p&gt;Director General of the International Atomic Energy Agency, IAEA, Yukiya Amano of Japan waits for the start of the IAEA board of governors meeting at the International Center in Vienna, Austria, Monday, March 7, 2016. (AP Photo/Ronald Zak)&lt;/p&gt;

VIENNA (AP) — The head of the U.N. nuclear agency suggests that Iran's initial compliance with an atomic deal is only a first step, saying Tehran must continue to honor its commitments in the years ahead.

The IAEA is monitoring Iran's compliance with a nuclear deal with six world powers implemented in December. In its first report last month, it noted that Iran was in — or quickly got into — line with its obligations.

But with the agreement extending to more than a decade, Amano says Iran "has to implement its commitments ... for many years to come."

Iran agreed to crimp its nuclear programs in return for sanctions relief under the deal.