Tunisia: At least 45 dead in clashes near Libyan border 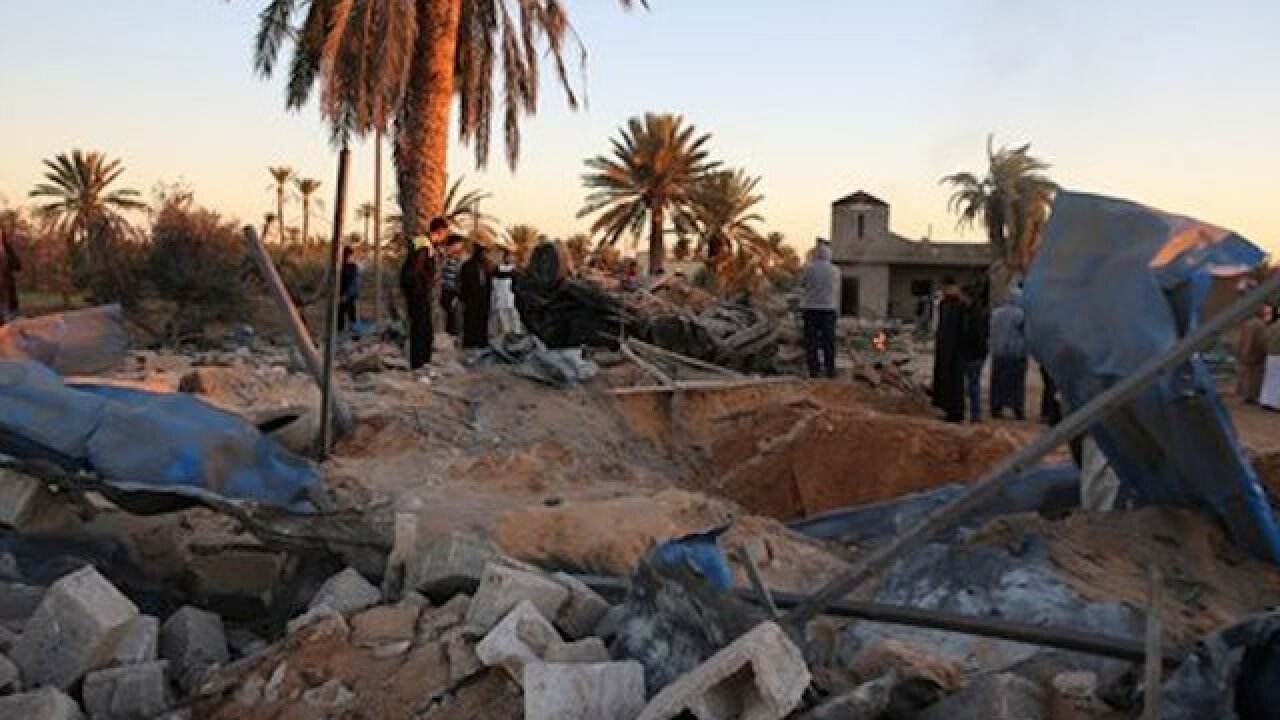 TUNIS, Tunisia (AP) — At least 45 people were killed Monday near Tunisia's border with Libya in one of the deadliest clashes seen so far between Tunisian forces and extremist attackers, the government said.

The fighting in the border town of Ben Guerdane in eastern Tunisia comes amid increasing concern that violent extremism in Libya could destabilize the region.

The government closed its two border crossings with Libya because of the attack that left 28 "terrorists," seven civilians and 10 members of Tunisia's security forces dead, the Tunisian interior and defense ministries said in a statement.

A 12-year-old girl was among those who were killed.

Libya's chaos, five years after the uprising that led to the ouster and killing of longtime autocrat Moammar Gadhafi in 2011, has allowed IS to take control of several cities. The divided country is ruled by two parliaments: an internationally recognized body based in the eastern city of Tobruk and a rival government, backed by Islamist-allied militias, that controls the capital, Tripoli.

Tunisia's fledgling democratic government is especially worried about the presence of IS in Libya after dozens of tourists were killed in extremist attacks in the country last year.

On Monday, gunmen targeted a police station and military facilities at dawn in Ben Guerdane, Interior Ministry spokesman Yasser Mosbah told The Associated Press. A night curfew has been ordered in Ben Guerdane until further notice.

France's foreign ministry condemned the attacks and identified the gunmen as "terrorists coming from Libyan territory."

"This attack is just reinforcing the urgent need for a political solution in Libya," the ministry said in a statement, adding that the country was targeted because of its "exemplary democratic transition."

Hospital official Abdelkrim Sakroud said on state radio that three corpses had been brought in, including that of the 12-year-old girl.

The Tunisian military sent reinforcements and helicopters to the area around Ben Guerdane and authorities were hunting several attackers still at large. Officials urged residents to stay indoors.

Last week, Tunisian security forces killed five heavily-armed men in an hours-long firefight after they crossed into the country from Libya with a larger group. Tunisian security forces had been placed on alert based on "precise information" of possible border infiltrations following a Feb. 19 U.S. raid on an IS camp near the Libyan town of Sabratha, not far from the Tunisian border, the statement said.

Defense Minister Farhat Horchani said last week that German and American security experts were expected in Tunis on Monday to help Tunisia devise a new electronic video-surveillance system of its border with Libya.

Tunisia was targeted last year by three attacks that left 70 people dead and were claimed by IS. According to Tunisian authorities, the attackers had been trained in Libya.