Tonga, Ecuador and Japan all have big earthquakes in past few days 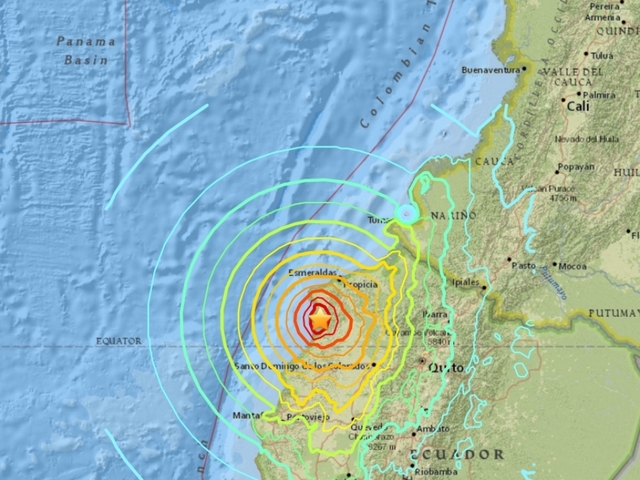 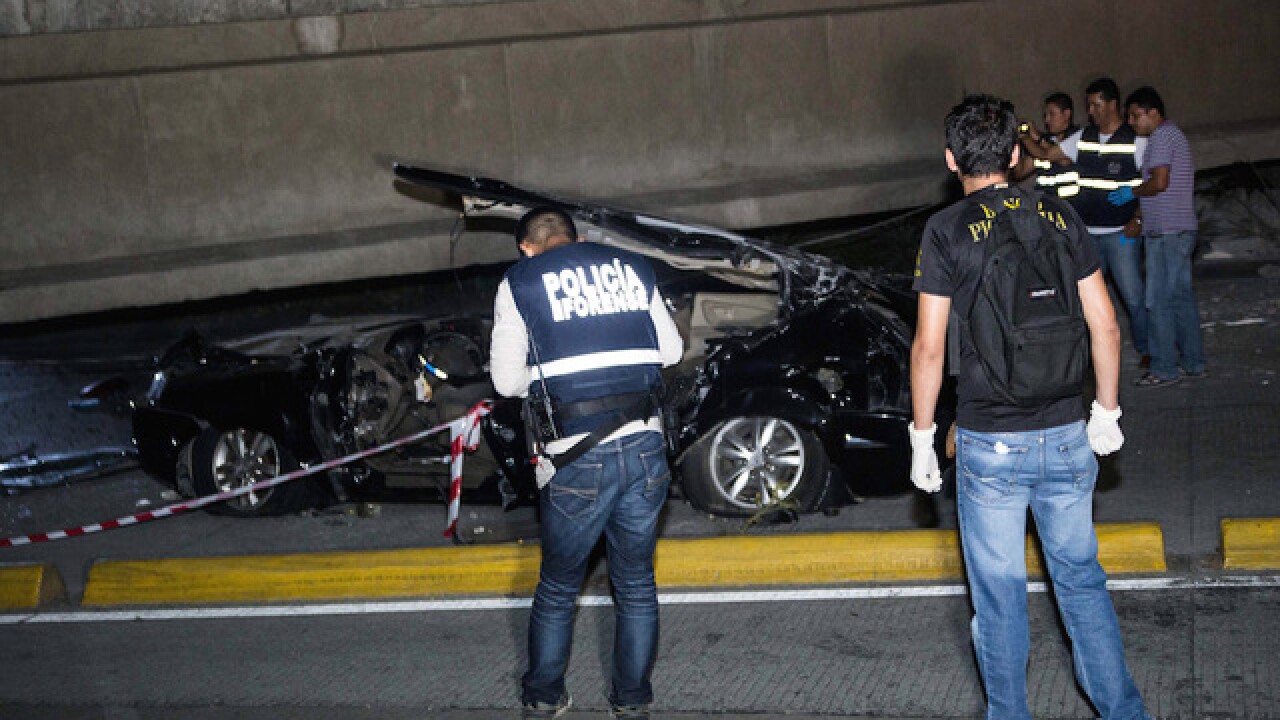 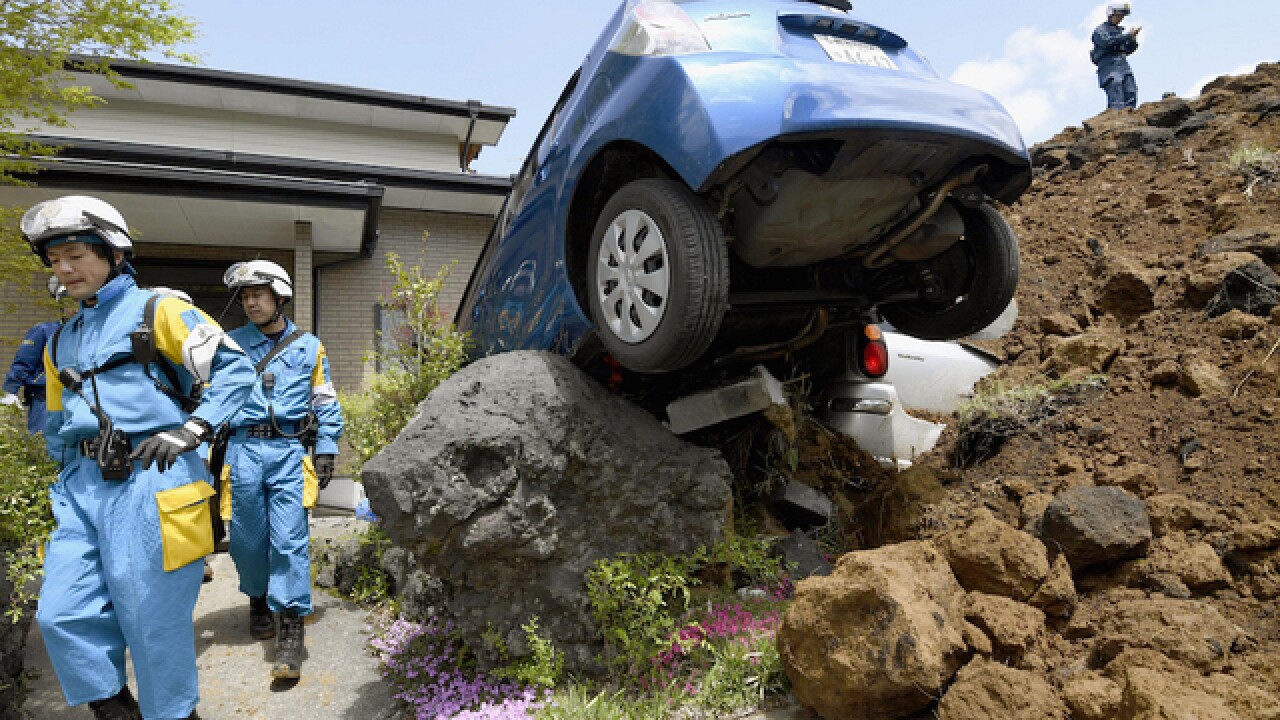 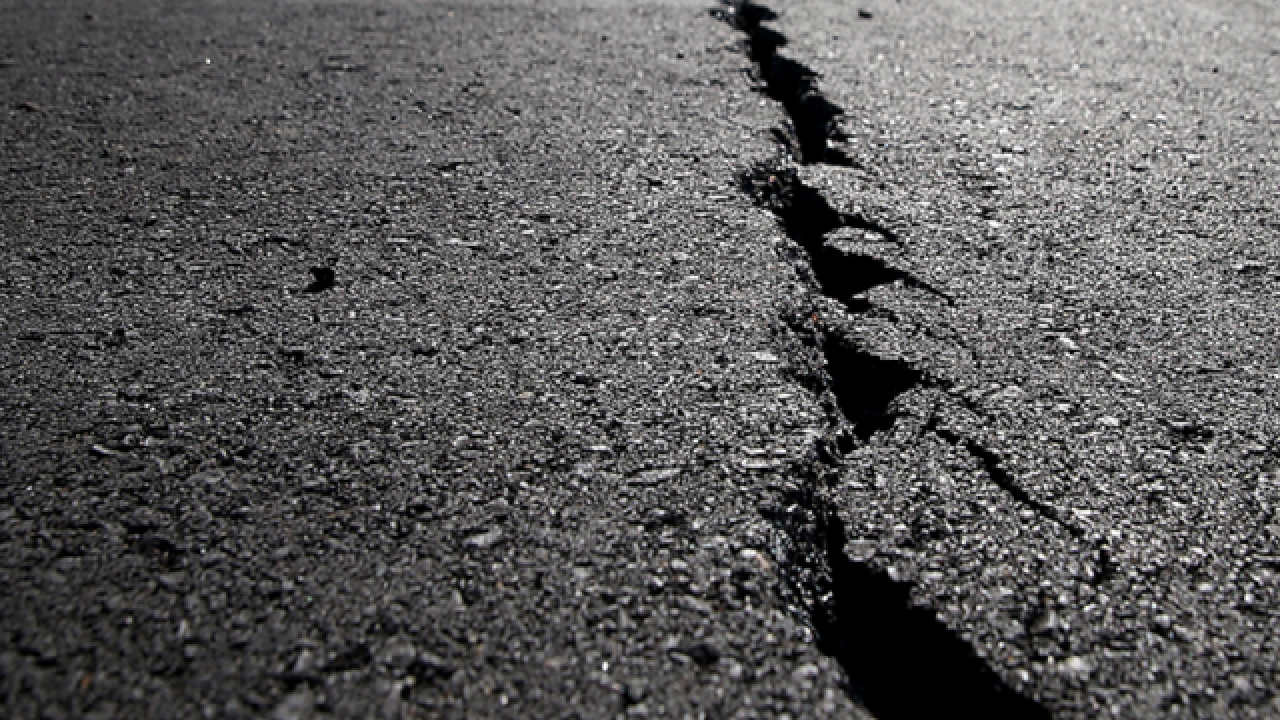 In the past three days, powerful earthquakes have struck in three different countries across the globe.

The latest struck today, April 17 in Tonga with a magnitude of 5.8, according to the U.S. Geological Survey and a report from USA Today.

As of 6 a.m. EST on Sunday, there were no reports of deaths or injuries.

The quake comes on the heels of two other major earthquakes, one in Japan on Friday in which 35 people are dead and 11 are missing, and one in Ecuador on Saturday that killed 233 and injured more than 570 people.

In Ecuador, buildings were flattened and highways along its Pacific coast buckled, sending the Andean nation into a state of emergency. As rescue workers rushed in, Ecuador's Vice President Jorge Glas said at least 235 people had died and more than 1,500 were injured.

The magnitude-7.8 quake, the strongest to hit Ecuador since 1979, was centered on Ecuador's sparsely populated fishing ports and tourist beaches, 105 miles (170 kilometers) northwest of Quito, the capital.

Correa reported the death toll on his official Twitter account while flying back from Rome to deal with the crisis. Officials earlier had reported more than 580 people injured.

Glas said there were deaths in the cities of Manta, Portoviejo and Guayaquil — all several hundred kilometers (miles) from the center of the quake, which struck shortly after nightfall Saturday.

In Pedernales, a town of 40,000 near the quake's epicenter, dozens of frightened residents slept in the streets while men equipped with little more than car headlights tried to rescue survivors who could be heard trapped under the rubble.

"We're trying to do the most we can, but there's almost nothing we can do," said Pedernales Mayor Gabriel Alcivar.

Alcivar pleaded for authorities to send earth-moving machines and rescue workers to help find people in the rubble. He said looting had broken out amid the chaos but authorities were too busy trying to save lives to re-establish order.

"This wasn't just a house that collapsed. It was an entire town," he said.

"Everything can be rebuilt, but what can't be rebuilt are human lives, and that's the most painful," he said in a telephone call to state TV before departing Rome for Manta.

Glas said 10,000 armed forces had been deployed to help. In addition, 4,600 national police were sent to towns near the epicenter.

Officials said shelters had been set up and field hospitals were being deployed in Pedernales and Portoviejo. More than 3,000 packages of food and nearly 8,000 sleeping kits were being delivered. Electricity in Manabi province, the hardest-hit, remained mostly down as authorities focused on finding survivors.

"Compatriots: Unity, strength and prayer," Glas told a throng of residents gathered in the streets of Manta as he instructed them on how to look for survivors. "We need to be quiet so we can hear. We can't use heavy machinery because it can be very tragic for those who are injured."

On social media, Ecuadorians celebrated a video of a baby girl being pulled from beneath a collapsed home in Manta.

Shanty towns and cheaply-constructed brick and concrete homes were reduced to rubble along the quake's path, while in Guayaquil a shopping center's roof fell down and a collapsed highway overpass crushed a car. In Manta, the airport closed after the control tower collapsed, injuring an air traffic control worker and a security guard.

Alberto Reynas, 58, was fishing off the coast of Pedernales when giant waves violently rocked his boat.

But he was shaken again when he returned to land to find the facade of his two-story home had fallen into the street. He was unable to communicate with members of his family and spent the night sleeping outdoors with neighbors, keeping a close watch against thieves.

"It's pure sadness. Everything is destroyed," he said.

Luis Quito said he spent the entire night delivering water to guests trapped under the rubble of the four-story hotel owned by his father-in-law, the Hotel Chimborazo. He said his father-in-law was missing and feared dead.

"We hear screaming all through the night," said Quito as he decried the slow response by emergency workers. "There are humans trapped below the terrace. Babies. We need rescuers. But nobody has arrived so far."

In the capital, Quito, terrified people fled into the streets as the quake shook buildings. One resident shot a video of his lamps and hanging houseplants swinging wildly for more than half a minute as the building rocked back and forth. The quake knocked out electricity in several neighborhoods and a few homes collapsed, but after a few hours power was being restored.

Among those killed was the driver of a car crushed by an overpass that buckled in Guayaquil, the country's most populous city. The city's international airport was also briefly closed. Hydroelectric dams and oil pipelines in the OPEC-member nation were shut down as a precautionary measure but so there were no reports of damage to them.

Towns near the epicenter were evacuated as a precautionary measure in case of hazardous tsunami waves, but several hours later authorities said it was safe for coastal residents to return to their homes.

Ecuador's ally, Venezuela, pledged humanitarian aid while neighboring Colombia, where the quake was also felt, said it stands ready to help in any way possible. The government is drawing on $600 million in emergency funding from multilateral banks to rebuild, Correa said.

The U.S. Geological Survey originally put the quake at a magnitude of 7.4 then raised it to 7.8. It had a depth of 19 kilometers (12 miles). More than 135 aftershocks followed, one as strong as magnitude-5.6, and authorities urged residents to brace for even stronger ones in the coming hours and days.

David Rothery, a professor of geosciences at The Open University northeast of London said the quake was about six times as strong as the most powerful of two deadly earthquakes across the Pacific, in the southernmost of Japan's four main islands.

On Sunday, thousands of rescue workers searched a debris-strewn village in southern Japan for about a half-dozen missing people as U.S. military aircraft rushed to join the relief mission.