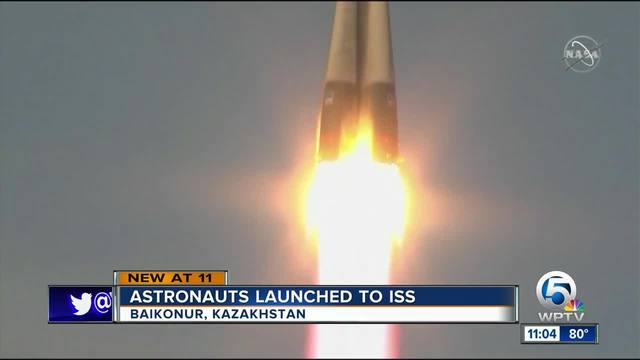 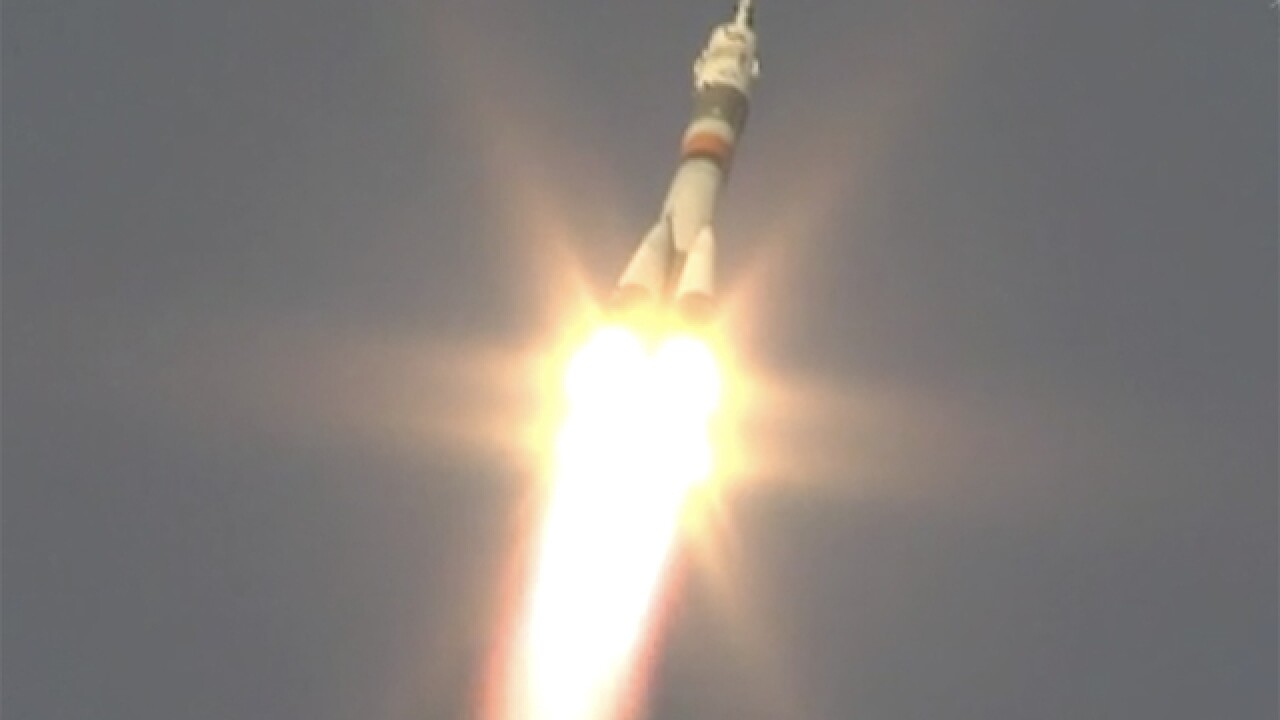 Their Soyuz MS-11 spacecraft entered a designated orbit just under nine minutes after the launch and is set to dock at the space outpost in about six hours after making four orbits of the Earth.

NASA and Roscosmos said that all onboard systems were operating normally and the crew was feeling fine.

On the space station, the crew of NASA's Serena Aunon-Chancellor, Russian Sergei Prokopyev and German Alexander Gerst were waiting for their arrival. They are scheduled to return to Earth on Dec. 20.

The families of the crew, other astronauts and space officials from several nations breathed a sigh of relief Monday after observing the flawless launch, with October's rocket failure still on the minds of many.

A Soyuz-FG rocket carrying NASA astronaut Nick Hague and Roscosmos' Alexei Ovchinin failed two minutes into its flight on Oct. 11, activating an automatic rescue system that sent their capsule into a steep ride back to Earth. They managed to emerge safely from a harrowing ordeal.

A Russian investigation attributed the failure to a sensor that was damaged during the rocket's final assembly.

Russian space officials have taken measures to prevent the repeat of such incidents. Since the mishap, four successful unmanned Soyuz satellite launches have been conducted to clear the path for the crew's launch on Monday.

NASA Administrator Jim Bridenstine tweeted his thanks to his Russian counterpart Dmitry Rogozin and to NASA and Roscosmos teams "for their dedication to making this launch a success."

The accident in October was the first aborted crew launch for the Russian space program since 1983, when two Soviet cosmonauts safely jettisoned after a launch pad explosion.

The Soyuz spacecraft is currently the only vehicle that can ferry crews to the space station, but Russia stands to lose that monopoly in the coming years with the arrival of SpaceX's Dragon and Boeing's Starliner crew capsules.