The best cruises for family travel 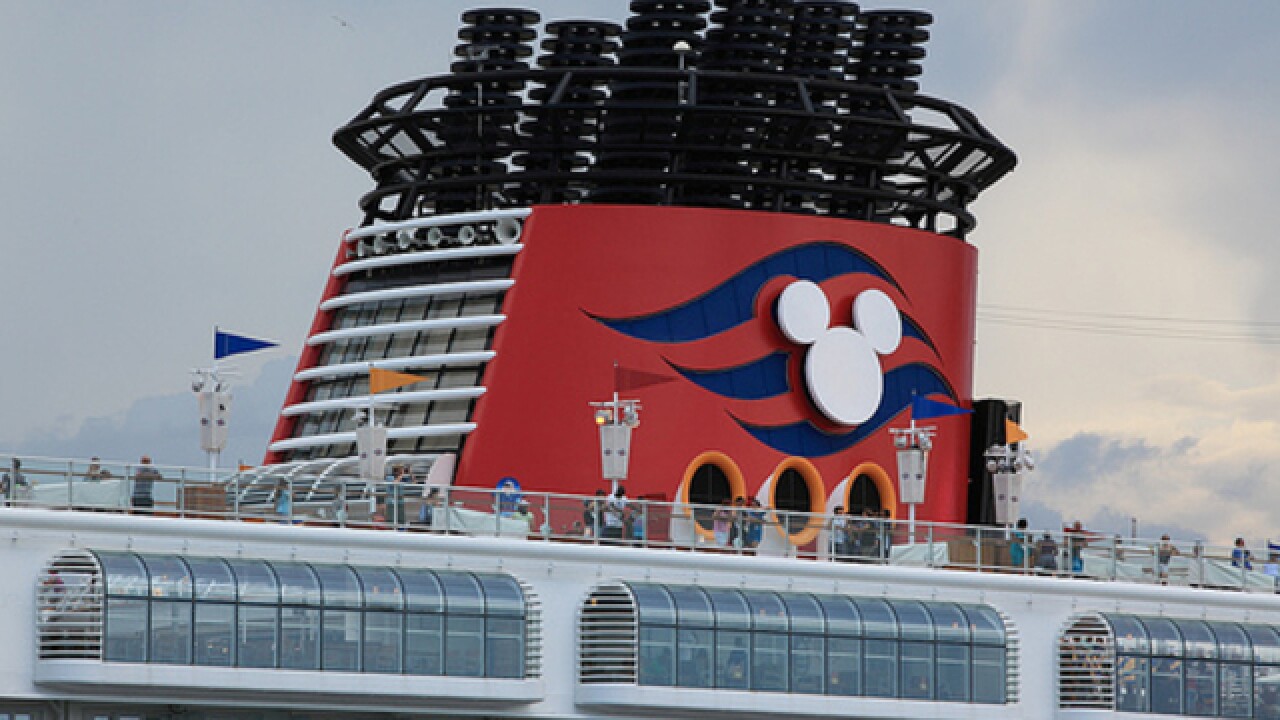 Copyright 2011 Scripps Media, Inc. All rights reserved. This material may not be published, broadcast, rewritten, or redistributed. 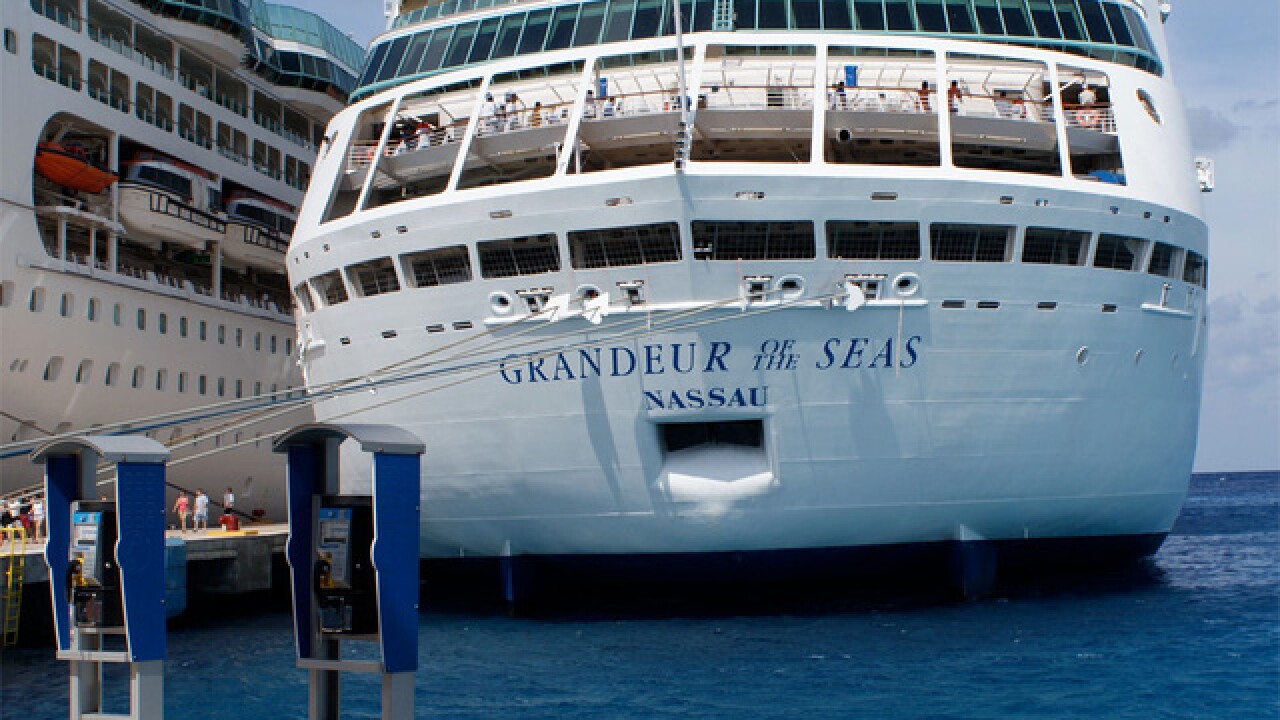 (CNN) -- Looking for a fun-filled cruise that the entire clan can get on board with? Pleasing pint-sized passengers and their parents is the name of the travel game for these 10 cruise lines that cater to kids (and kids at heart).

The Disney name rings synonymous with family fun and that extends to the high seas. The four-ship Disney Cruise Line fleet boasts age-specific programming for ages 6 months to 17 that spills over the industry's most extensive kids' activity spaces, touting elaborate themes like the Marvel Super Hero Academy or Star Wars: Millennium Falcon.

Add to that kids' gear on loan (cribs, strollers, high chairs); family-friendly staterooms (with features like fold-down bunk beds and a bath-and-a-half); and plenty of Disney-styled entertainment, including Broadway-esque musicals, deck parties with fireworks, lifeguard-helmed pools and water parks, and Disney character meet-and-greets.

Coolest kids' itinerary: Try the line's short and sweet three- or four-night Bahamas sailings from Florida's Port Canaveral on the 4,000-passenger Disney Dream, with stops in Nassau and Disney's private island, Castaway Cay. Bonus: It's an easy combo trip with the land-based Disney theme parks in nearby Orlando.

Think bigger is better? Royal Caribbean does, too.

With a massive 25-ship fleet that's inclusive of the industry's biggest and boldest ships, the line excels at appealing to kids of all ages by piling on the wow-factor amenities. Their latest-and-greatest -- the 5,479-passenger, 16-deck-high Symphony of the Seas -- debuts in April as the world's largest cruise ship, coming jam-packed with kid-primed diversions like glow-in-the-dark laser tag, an ice-skating rink, the tallest slide at sea and a waterfront theater with a high-diving/aquatic acrobatics show.

Need more? They've also got kids' and teens' clubs and programming, an arcade, surf simulators, a beach pool, mini-golf, a nine-deck-high zip line and rock-climbing walls. Book into an array of family-friendly staterooms, too, including a new-for-the-line bi-level "Ultimate Family Suite" boasting fun features like an in-room slide and floor-to-ceiling LEGO wall.

Coolest kids' itinerary: Get on board for Symphony's inaugural summer season in the Mediterranean, and cruise round-trip from Barcelona to Palma de Mallorca, Spain; Provence, France; and Florence/Pisa, Rome, and Naples, Italy.

Carnival knows kids, considering their lively 26-ship fleet carries some 800,000 of them annually, more than any other cruise line. Family-friendly perks include age-appropriate kids' camps and programming for ages two to 17, mega water parks, partnerships with Build-a-Bear and Hasbro, family comedy shows, poolside "Dive-In Movies" and a popular "Seuss at Sea" program.

In April, Carnival's newest ship -- the 3,960-passenger Carnival Horizon -- unveils the line's first-ever Dr. Seuss-themed water park, spilling over with colorful slides and water features. Look, too, for other family-focused Horizon amenities like a "bike ride in the sky" attraction, SkyRide; IMAX theater; ropes course; and family-dedicated block of staterooms dubbed "Family Harbor," with access to an exclusive family lounge.

Coolest kids' itinerary: Horizon will be based soon in Miami for a year-round series of sun-soaked, beach-primed 6- and 8-night Western Caribbean sailings come September.

Norwegian's casual and colorful collection of 16 ships come designed with the family experience in mind, with complimentary age-specific youth spaces and programming where kids can get in on everything from learning to juggle in a circus school to participating in a scavenger hunt to attending a teens-only nightclub. Activities extend to the rest of the family, too, thanks to features like waterslides, mini-golf, bowling alleys, arcades and sports complexes. Family mini-suites afford comfortable digs for the whole crew.

The line's 4,200-passenger Norwegian Escape is an especially good bet: It's outfitted with one of largest water parks at sea, with four waterslides. It's also home to an action-packed three-story ropes course equipped with "The Plank," which cantilevers over to the ship's side by eight feet. Plus, it's the only Norwegian ship to offer drop-off nursery childcare for kids ages six months to three years as part of their Guppies program.

Coolest kids' itinerary: Norwegian Escape will sail from the Big Apple for the first time starting this spring, with a slate of weeklong Bermuda sailings lined up just in time to coincide with summer vacation.

Lindblad Expeditions in partnership with National Geographic delivers epic family bonding via its expedition-style voyages into the wild. Unplug the clan to connect with nature on small ships while ticking off a memories-of-of-a-lifetime activity roster: snorkeling with sea lions, making Zodiac beach landings, paddling tandem kayaks and visiting the bridge with the captain.

Upping the ante, the line recently launched an exploration-focused National Geographic Global Explorers program in the Galápagos and Alaska. Overseen by National Geographic-certified field educators and naturalists on board, kids can collect points by completing special activities -- like earning a Zodiac "driver's license" or recording wildlife sightings in their field notebooks -- with the aim of obtaining Nat Geo Global Explorer certification.

Mediterranean-inspired MSC Cruises scores big points for its fleetwide family-friendly offerings and multicultural onboard atmosphere that encourages wee ones to make friends from around the globe. Expect kids' and teens' clubs (for ages 3 to 17); an onboard partnership with LEGO; tricked-out water parks; high-tech amenities (like a 4D cinema, Formula One race car simulator, and, on newer ships, even tracking bracelets to keep tabs on the kids); kids' menus and special children-only dinners; newly launched daycare for one- to three-year-olds; and Chicco baby gear on loan (strollers, high chairs, and more).

The best part, though, is their stellar fare deal: When cruising with two fare-paying adults, kids ages 11 and under cruise free on many sailings. New for summer 2018, those ages 12 to 17 do, too, when sailing outside of high season. Of their 14 ships, try the 4,132-passenger MSC Seaside for its for extra-fun bonus features like four waterslides; the longest zip-line at sea; two full-size bowling lanes; and a dedicated family lounge that hosts events like talent shows and a family disco.

Plus, there are newly revamped "Camp Discovery" kids' clubs for ages three to teens, in partnership with Discovery (look out for MythBusters- and Shark Week-themed programming, for instance). The line takes the family fun ashore via Discovery- and Animal Planet-branded shore excursions, too.

Hop aboard to snuggle with sled-dog pup and gaze at glaciers in Glacier Bay National Park, and sign the kids up for the National Park Service-led Junior Ranger program. Princess also runs an extensive complementary land-based program to Denali National Park (and beyond) via its rail service and five wilderness lodges.

Now in its third year, Disney brings its magic touch to European waterways like the Danube, Rhine and Seine in partnership with plush river cruise line AmaWaterways.

Long the domain of the senior set, the Adventures by Disney initiative has served to reinvent the European river cruise experience for families, too, by incorporating "adventure guide" youth-specialized staff, flexible itineraries (with cool excursion options like zip-lining through the Black Forest), and kids-geared onboard programming like Disney movie nights and ice-cream parties.

Two of the line's riverboats (the 158-passenger AmaViola and AmaKristina) were purpose-built for the partnership, featuring family-friendly connecting staterooms and heated swimming pools—a rarity for river vessels.

Coolest kids' itinerary: Look out for a new Beauty and the Beast theme on 7-night Rhine River sailings in summer 2018 between Basel, Switzerland and Amsterdam (with stops in France and Germany) aboard the AmaKristina. The itinerary includes a Beauty and the Beast-inspired feast and karaoke night, as well as a stop in Riquewihr, one of the French villages that inspired the story.

Another great option for European river cruising with the clan is French cruise line CroisiEurope. The company stands out for its "Family Club" portfolio of child-friendly voyages to Portugal, Spain and Italy; international clientele (your kids can buddy up with new pals from around the world); and no minimum-age policy, allowing even the tiniest of tots to set sail. (Most lines require a minimum of six months -- and in the case of river cruise lines, it's older still: usually four years and up.)

Onboard activities include supervised pool games and a performance in the cruise's closing show. Best of all, children under 16 travel entirely for free, and two kids traveling with two fare-paying adults get a complimentary second cabin next door.

Coolest kids' itinerary: The 158-passenger MS Michelangelo embarks on select 5-night Italian summer sailings round-trip from Venice, with family-ready excursions like touring Verona (of Romeo and Juliet fame) by bike, swimming at the seaside resort of Sottomarina or cruising Venice by gondola.

The action-packed, wilderness-focused voyages of small-ship adventure line UnCruise Adventures are well-geared toward tiny travelers with energy to burn. Kids ages eight and older are welcomed aboard to take part in itineraries that get them up close to nature and wildlife (look out for playful dolphins and breaching whales) and incorporate plenty of play time on both land (beach bonfires, naturalist-led hikes, tidepool "treasure hunts") and sea (snorkeling, kayaking, paddleboarding, skiff expeditions).

Coolest kids' itinerary: The 84-passenger Safari Endeavour runs sailings in Baja Mexico's Sea of Cortez round-trip from La Paz, Mexico, between December and March. Participants that time it right may get the chance to snorkel with whale sharks or observe gray whale calves from a traditional fishing boat.