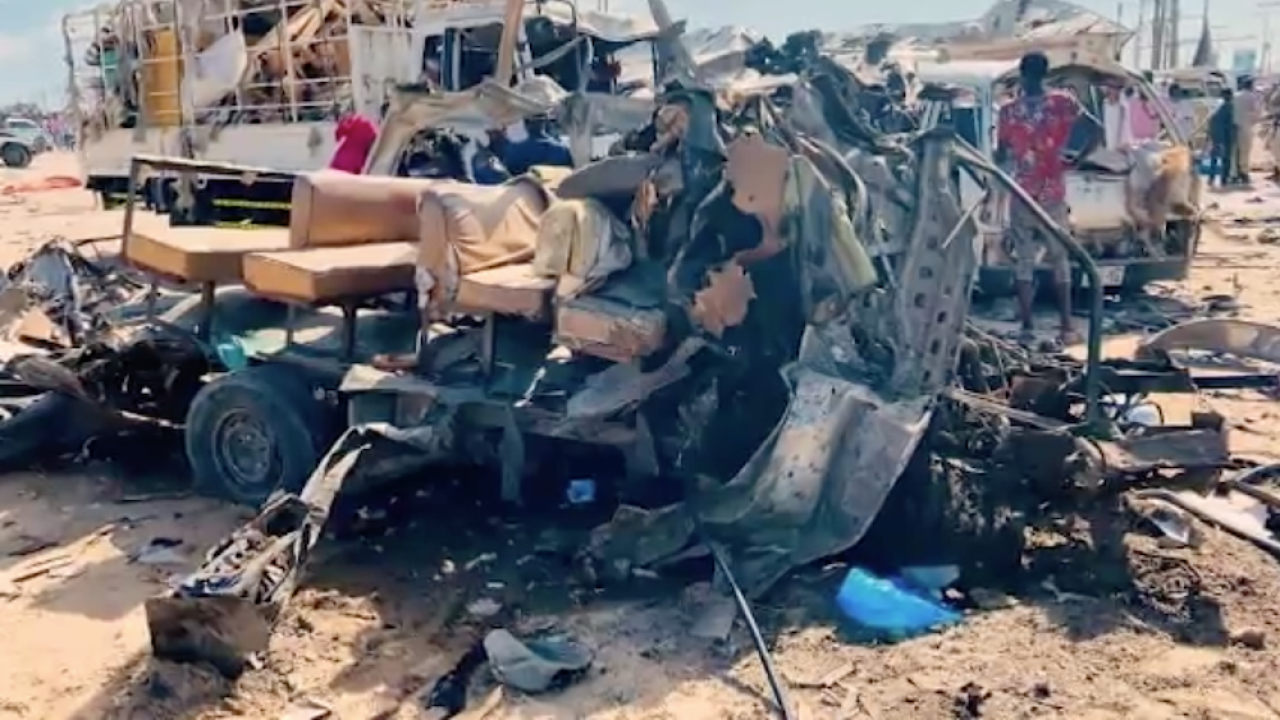 At least 78 people are dead and 125 more injured after a massive car bomb exploded at a busy intersection on the outskirts of Somalia's capital, Mogadishu, on Saturday, according to Abdulkadir Abdirahman Adan, founder of a local free ambulance service.

Earlier, government spokesman Ismael Mukhtar told CNN that the attacker drove his vehicle into the "Ex-control Afgoye" checkpoint, a well-known junction that links the south of Somalia to the capital.

Mukhtar added that university students were among the dead.

The attack happened during rush hour in the Somali capital at about 8 a.m. local time, and both civilians and soldiers are among the dead, police said.

Police conduct security searches at the checkpoint, but there is also a taxation office located nearby and the area is heavily populated with civilians and security forces.

Police have warned that the death toll could rise as many of the wounded have been rushed to hospitals.

Images from the scene showed multiple wrecked vehicles with shards of twisted metal nearby as well as a minibus marked with blood.

"May Allah's mercy be upon our 2 citizens and innocent Somali brothers&sisters who lost their lives in the heinous terrorist attack," Çavuşoğlu wrote on his Twitter account. He added Turkey would continue to stand with Somalia in the fight against terror.

In February, the group Al-Shabaab claimed responsibility for a car bombing at a crowded shopping mall that left at least 10 dead. It was also behind three car bombings last November that killed at least 52 people with about 100 more injured.