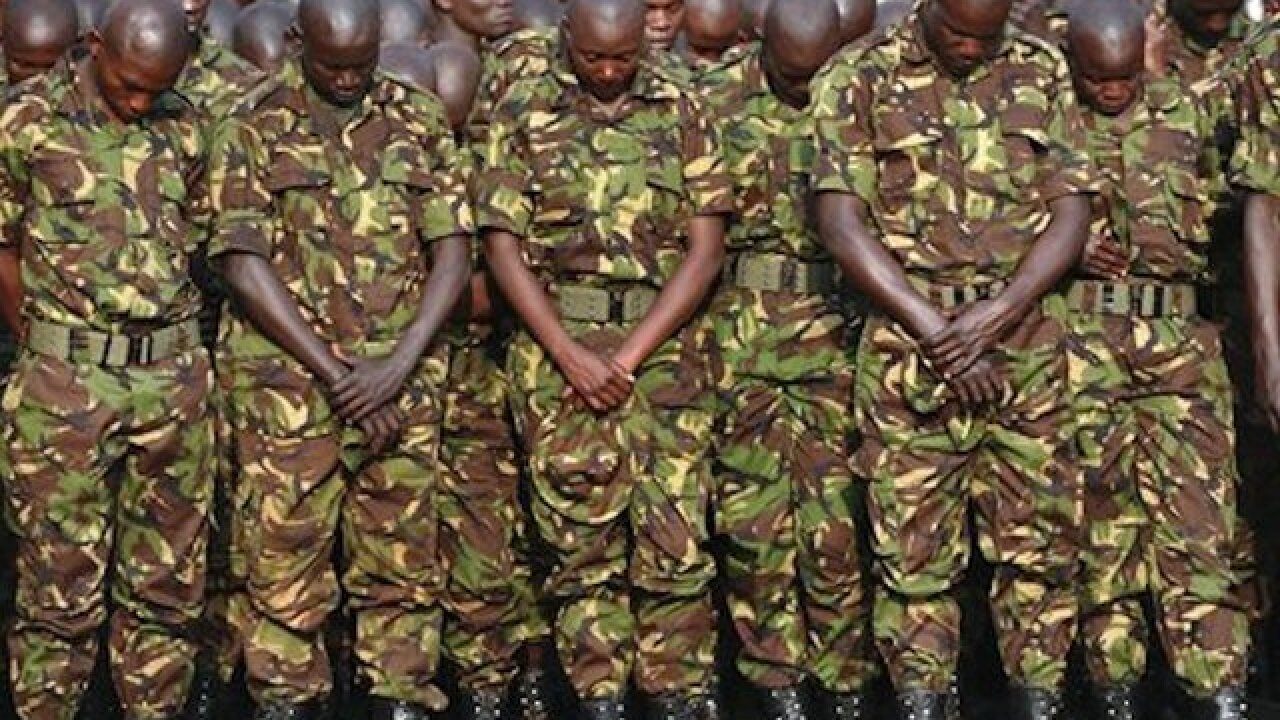 MOGADISHU, Somalia (AP) — At least 180 Kenyan soldiers were killed in Somalia in an extremist attack on their base in January by al-Shabab, Somalia's president said, which would represent a historically high battlefield loss for Kenyan forces.

Between 180 and 200 Kenyan soldiers were killed in the Jan. 15 attack, President Hassan Sheikh Mohamud said Wednesday. He was speaking in an interview on a Somali cable TV channel while attending a conference in Turkey. Kenya's government has concealed the death toll.

Kenya's military spokesman, Col. David Obonyo, denied the figures given by the Somali President but refused again to give an official death toll.

"You will be given all the details once a board of inquiry finishes its work," he said.

The Kenyan government has managed to conceal the death toll of the attack because officials reached out to media house editors and asked them not to put out unofficial tolls as this would create fear, an editor with a leading radio station said. The editor insisted on anonymity given the sensitivity of the subject.

The attack happened in the town of El-Ade in the Gedo region of southwestern Somalia, not far from the Kenyan border. Kenya has provided a major contingent to the African Union force that is fighting al-Shabab, a Somali Islamic extremist group affiliated with al-Qaida that is trying to overthrow Somalia's government.

Responding to a question on the attack on the Kenyan military base in Somalia, Somalia's president said: "When 180 and above or nearly 200 boys (soldiers) who were sent to Somalia to pacify the country or help Somalis get peace were killed in one morning - that's not a normal situation."

If the death toll provided by Mohamud is confirmed, it would be the Kenyan military's worst battlefield loss and probably the bloodiest attack by al-Shabab militants to date. Al-Shabab's April 2 attack on Garissa University in Kenya, in which 148 people, most of them students, died, had been considered the deadliest attack by the militant group.

Al-Shabab has carried out attacks on three of five countries contributing troops to the African Union peacekeeping mission in Somalia. The group has also carried out many deadly attacks inside Kenya, including one on the upscale Westgate Mall in Nairobi, the capital, in which 67 people perished in September 2013.

Despite being pushed out of Somalia's major cities and towns, al-Shabab continues to launch deadly guerrilla attacks across the Horn of Africa.