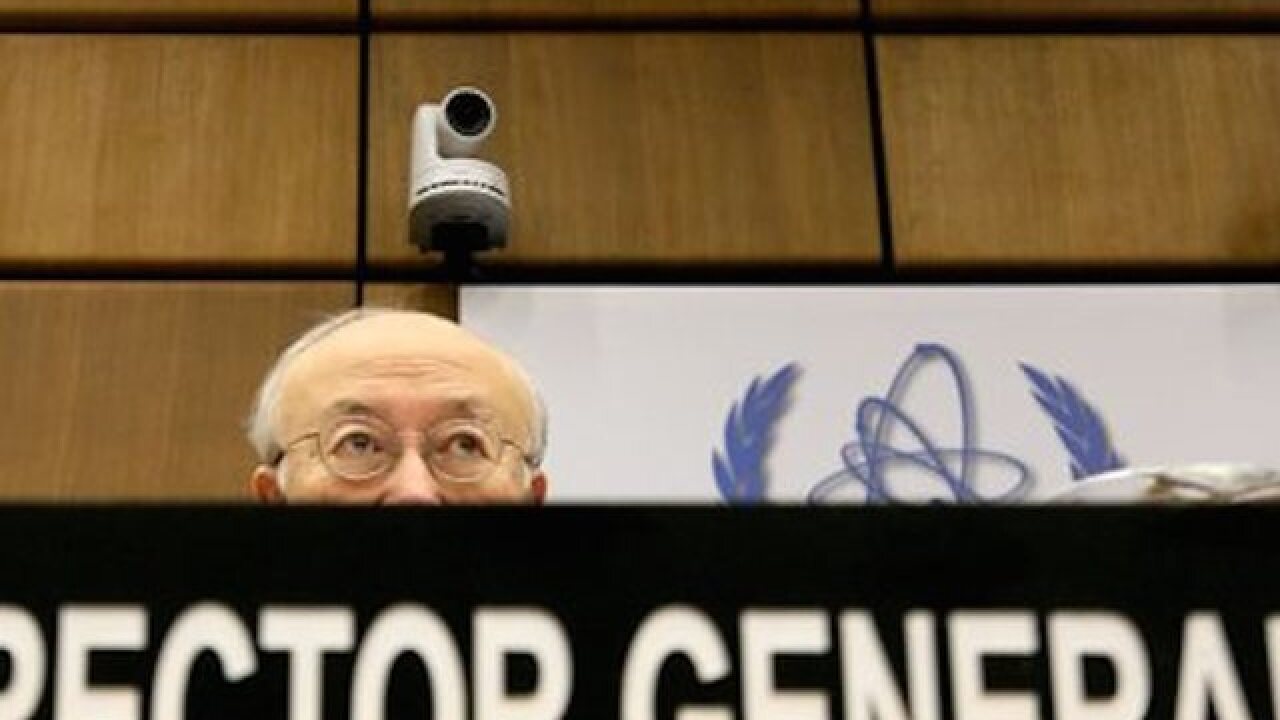 Copyright Associated Press
&lt;p&gt;Director General of the International Atomic Energy Agency, IAEA, Yukiya Amano of Japan waits for the start of the IAEA board of governors meeting at the International Center in Vienna, Austria, Monday, March 7, 2016. (AP Photo/Ronald Zak)&lt;/p&gt;

VIENNA (AP) — Russia and the West overcame differences to strike a landmark nuclear deal with Iran but are now divided on how well the U.N. atomic agency is reporting on whether Tehran is meeting its commitments. Western nations want more details while Moscow opposes their push.

Because all six want to avoid conflicts that could complicate Iranian compliance of a deal that was years in the making, their differences are mostly playing out behind the scenes.

Vladimir Voronkov, Moscow's chief delegate to the U.N.'s International Atomic Energy Agency, which is monitoring the deal, acknowledges there is a dispute that could affect the amount of information made public about Iran's nuclear program in the future.

"In our view it's an absolutely balanced document," Voronkov said ahead of a discussion of the latest IAEA report on Iran by the agency's 35-nation board scheduled for Tuesday. "But some of our colleagues would like to have more details."

The United States, Britain, France and Germany negotiated the deal with Iran along with Russia and China, and all six countries will continue to have much deeper insight into whether Iran is upholding its side of the agreement than what the IAEA reports to other nations on its board.

But Voronkov told The Associated Press that diplomats from some of those Western countries believe the Feb. 26 IAEA report was too superficial to provide the broader view they feel is needed to show Iran that the world was watching.

China shares the Russian view. Iran complains that the report is too detailed, leaving IAEA chief Yukiya Amano caught in the middle.

He feels he has struck the right balance, considering Iran is no longer in violation of U.N. and agency demands to curb its nuclear program and opposes pressure from member countries.

His February report was much less detailed than pre-nuclear deal summaries of Iran's atomic activities. It was restricted essentially to ticking off the major obligations that Iran agreed to when the deal took hold Jan. 16 and stating that most were met or minor deviations quickly remedied.

Under the deal, Iran agreed to restrict the number of centrifuges used to make enriched uranium, material that can power reactors or be used for the core of a nuclear weapon, depending on its level of enrichment. It also pledged to crimp work on advanced centrifuges and get rid of most of its enriched uranium stockpile.

Critics say that the report falls short on particulars on these issues.

"The report does not list inventories of nuclear materials and equipment or the status of key sites and facilities," says former IAEA Deputy Director General Olli Heinonen. "Without detailed reporting, the international community cannot be sure that Iran is upholding its commitments under the nuclear deal."

Amano pushed back Tuesday, telling the AP his reporting on Iran will continue to be "factual, impartial and include the information which the agency considers necessary."

But two diplomats from EU nations said an EU statement will allude to concerns of underreporting in some of the same language used by Amano, urging the IAEA to provide "the necessary information" on Iran's nuclear activities in its next quarterly report.

They demanded anonymity because they were not authorized to comment on the statement before it was delivered.