Rio Olympics: Prep has come a long way, but still much to be done with 100 days until games 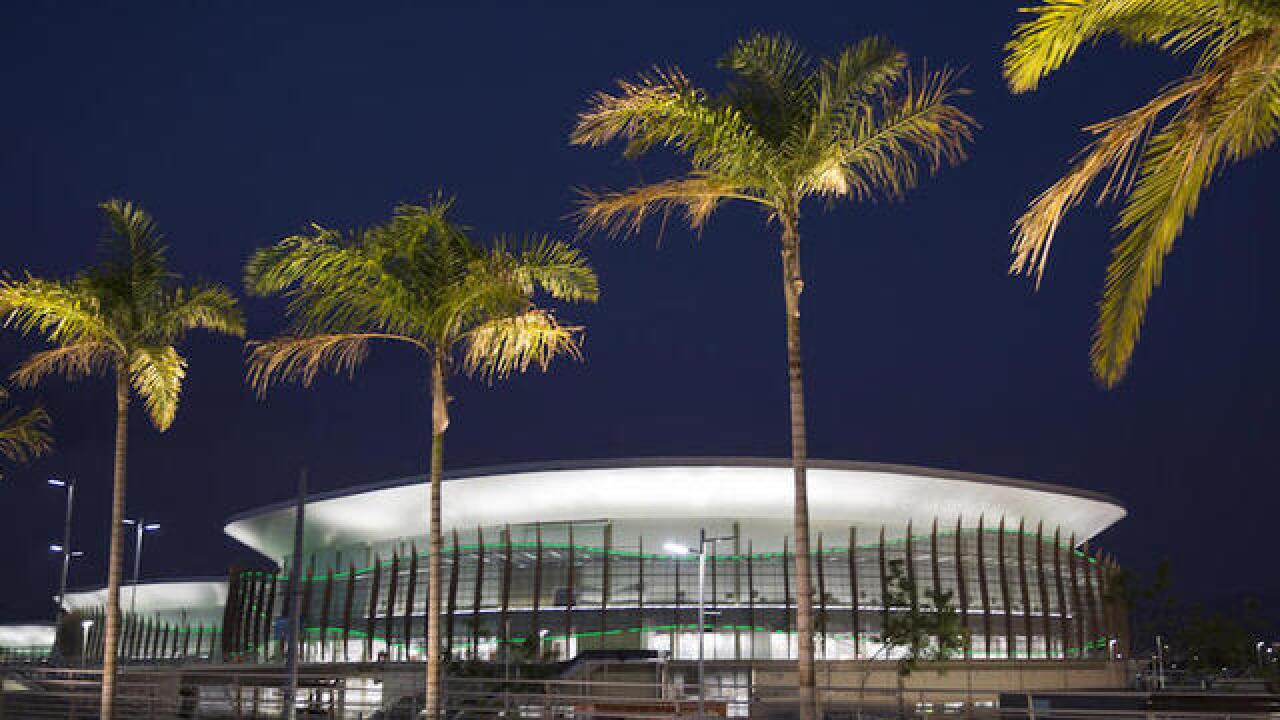 A lot has happened since then as the countdown clock reaches 100 days on Wednesday.

The venues that Coates worried about are 98 percent ready, and American television network NBC has just passed $1 billion in advertising sales and will set revenue records.

The Olympic Park in the upscale suburb of Barra da Tijuca looks spectacular. Television cameras will love the aerial shots above Copacabana beach, or views from the famous Christ the Redeemer statue as it peers over Sugar Loaf mountain and Guanabara Bay.

But problems still hang over South America's first games, the most unsettled in decades.

Brazil President Dilma Rousseff is being impeached and is likely to be suspended when the games open Aug. 5, partly as fallout from Brazil's worst recession in decades, 10 percent unemployment, and a $3 billion bribery scandal involving the state-run oil company Petrobras.

Away from politics, the Zika virus threatens athletes and tourists. Ticket sales are lukewarm, and the bacteria and virus-filled venues for sailing, rowing, canoeing and open-water swimming could put 1,600 athletes competing there at risk.

The deaths of two people last week when a new Olympic legacy cycling path collapsed into the sea have raised doubts about construction standards in the rush to build.

In addition, a labor minister report Monday said 11 workers have died on Olympic-related projects since January 2013.

The Associated Press asked a wide range of Brazilians — and non-Brazilians — to predict how the games will unfold. Here are some of the replies.

Briton Michael Payne, former marketing director of the International Olympic Committee: "The Rio Olympics will surprise everyone. No question, the country is facing the 'perfect storm' — political and economic meltdown, Zika, construction delays. But in the end, the unique and incredible stage of the city — perhaps one of the most dramatic visual backdrops of any Olympics to date — and the carnival atmosphere of the Brazilians will overcome these problems. There is clear potential to be truly great games. For those working behind the scenes, it will be tough. Very tough."

Brazilian Sergio Praca, political scientist at the Getulio Vargas Foundation: "The Rio de Janeiro Olympics will, at best, be a non-event. Brazilians are too occupied with politics. At worst, we'll see violence and the collapse of the city's infrastructure."

Brazilian Juliana Barbassa, author of "Dancing with the Devil in the City of God": "The games will be a beautiful, tightly-controlled spectacle set against a backdrop that has stunned visitors for nearly 500 years. Those marveling from afar may not even notice the serious budgetary crisis facing the city and the state, and the tremendous cost that this global party has had for locals. But that cost — both in money and in missed opportunities and misplaced priorities — is significant, and Rio will not recover for decades to come."

American Susan Francia, two-time Olympic rowing gold-medalist: "The Olympics in Rio de Janeiro will go off without a hitch. The IOC always pulls it together, even if it's at the last minute. I think Brazil will put on a fantastic event and the Brazilians will show their incredible hospitality."

American Jules Boykoff, political scientist at Pacific University; author of "Power Games: A Political History of the Olympics": "I imagine Rio organizers and their allies will perpetually profess that the Olympics will be a high point of the summer. It seems to me that it is just as possible that the Olympics will become a focal point of discontent. Rather than a happy-faced antidote to the political mayhem gripping the country, Rio 2016 could actually stoke dissent as the sharp contradictions of the games — Olympic elites living the high life while hospitals are being shuttered — become more and more obvious."

Brazilian Marina Izidro, reporter for Sportv: "The Rio Olympics will have an amazing atmosphere for spectators and athletes, especially Brazilians who have been waiting for the moment to compete in their country for the last four years. In terms of organization and infrastructure, there will be issues because of bad planning. My fear is how big these problems might be."

Spaniard Edu Sotos, correspondent for the Barcelona daily El Periodico de Catalunya: "I believe Brazilian authorities are crossing their fingers and hoping no misfortune strikes during the Olympics. The pace at which (Olympic) projects were built is a recipe for disaster. I think things will work reasonably well, but I don't want to think what might happen in case of a terrorist attack — a possibility Brazilian intelligence has brought up. I guess right now everyone is asking: Was it really a good idea to choose Brazil for an event of this size?"

American Brant Feldman, sports agent, American Group Management: "Athletes train for their one moment in time every four years to show that they are the best in their particular discipline. You want fair play to be the only thing that matters. It is your best versus the competitor's best. Things like pollution in the bay and ocean ... is sad to me, to be honest. All I have heard about the Brazilian people is that they love to have a great time, to show the world how to party. Let's buckle up and enjoy the show."