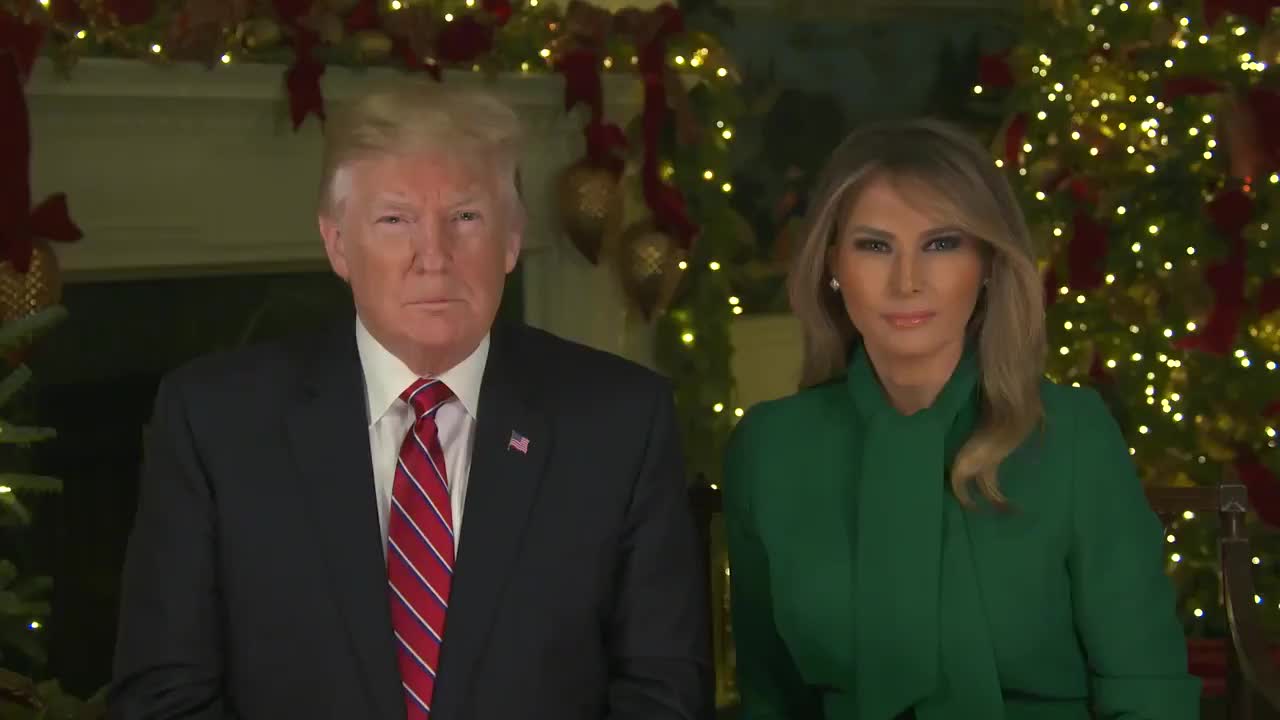 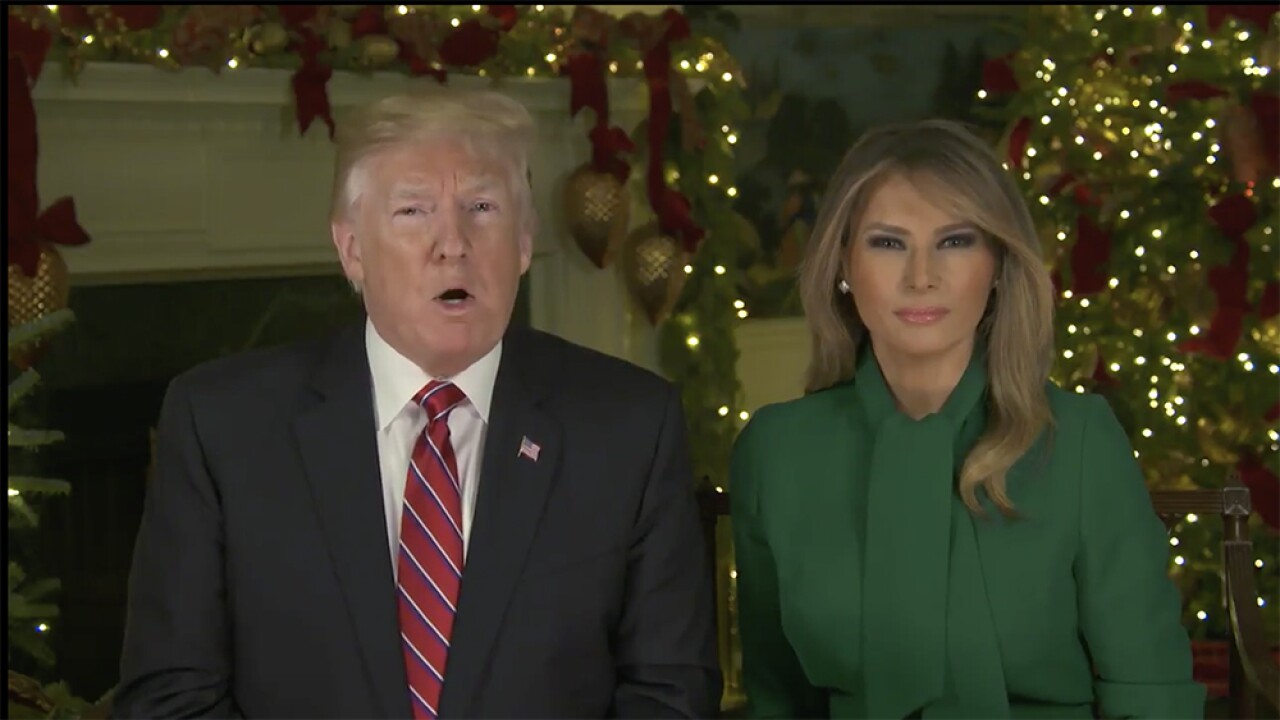 "This wonderful season brings out the best in the American spirit, and we see neighbors helping neighbors and communities lifting up those who need a helping hand," said President Trump in a video released by the White House.

"We pray for a future of peace on earth," said First Lady Melania Trump.

The President scrapped plans to head to his Mar-a-Lago resort on Palm Beach for the holidays because of an ongoing government shutdown.

He wants $5.7 billion for a wall along the U.S./Mexico border, but Democrats and some Republicans are opposed to it.