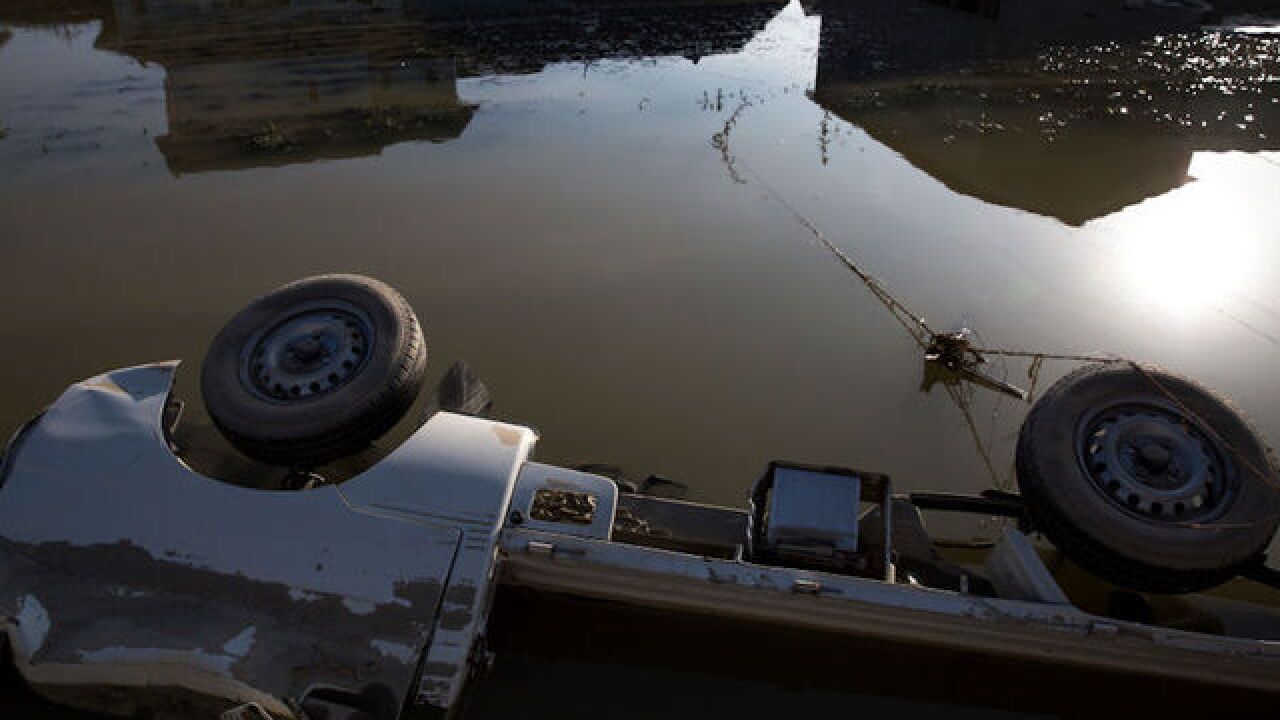 Image copyright 2018 Getty Images. All rights reserved. This material may not be published, broadcast, rewritten, or redistributed.
&lt;p&gt;A damaged car is seen in floodwater on July 10, 2018 in Kurashiki, Japan. Over 112 people have died and 78 are missing following floods and landslides triggered by 'historic' levels of heavy rain across central and western parts of Japan while more than 73,000 rescuers are racing to find survivors as temperatures rise. Japan's Prime Minister Shinzo Abe warned on Sunday of a 'race against time' to rescue flood victims as almost 2 million people are subject to evacuation orders and tens of thousands remain without electricity and water. &lt;/p&gt;

Landslides and flooding caused by torrential rain in Japan have killed another 21 people in what has become one of the deadliest natural disasters to hit the country since the earthquake and tsunami at Fukushima in 2011.

A total of 176 people have been killed since the downpour began late last week, Japanese Chief Cabinet Secretary Yoshihide Suga said Wednesday. Another nine are missing.

Some 75,000 responders have been deployed to the area for search and rescue operations. Suga warned that thunderstorms and landslides in the coming hours could pose further danger.

Japanese Prime Minister Shinzo Abe was in Okayama Prefecture Wednesday morning surveying the damage in one of the hardest-hit areas. He canceled a scheduled trip to Europe and the Mideast to focus on disaster relief efforts.

Abe viewed the damage from above in a helicopter, viewing what he called the "scars of the terrible damage of heavy rain" and visited an evacuation center.

He said the government had been making "every effort to deal with this crisis since the disaster occurred."

Abe then visited the devastated city of Kurashiki and met with the governor of Okayama.

The rain started to pour on Thursday and picked up Friday. Over the weekend, parts of Japan received between 300 to 500 millimeters (12 to 20 inches) of rain, with prefectures of Hiroshima, Okayama, and Hyogo inundated with more than 500 millimeters.

Some cities were completely inundated in a matter of hours.

The flooding was particularly harsh because much of the rain fell over a mountainous region and then funneled down, causing heavy flash flooding.

Hundreds of thousands of people were forced to flee their homes, and those unable to leave took shelter on rooftops as the streets filled with water.

Japan is no stranger to natural disasters, especially earthquakes. A series of quakes in Kumamoto in 2016 led to the deaths of more than 200 people, according to the Japanese Red Cross Society.

More than 20,000 people were killed or went missing during the Fukushima disaster, when a 9.0-magnitude earthquake hit Japan, triggering a tsunami and nuclear meltdown at the Fukushima nuclear plant.