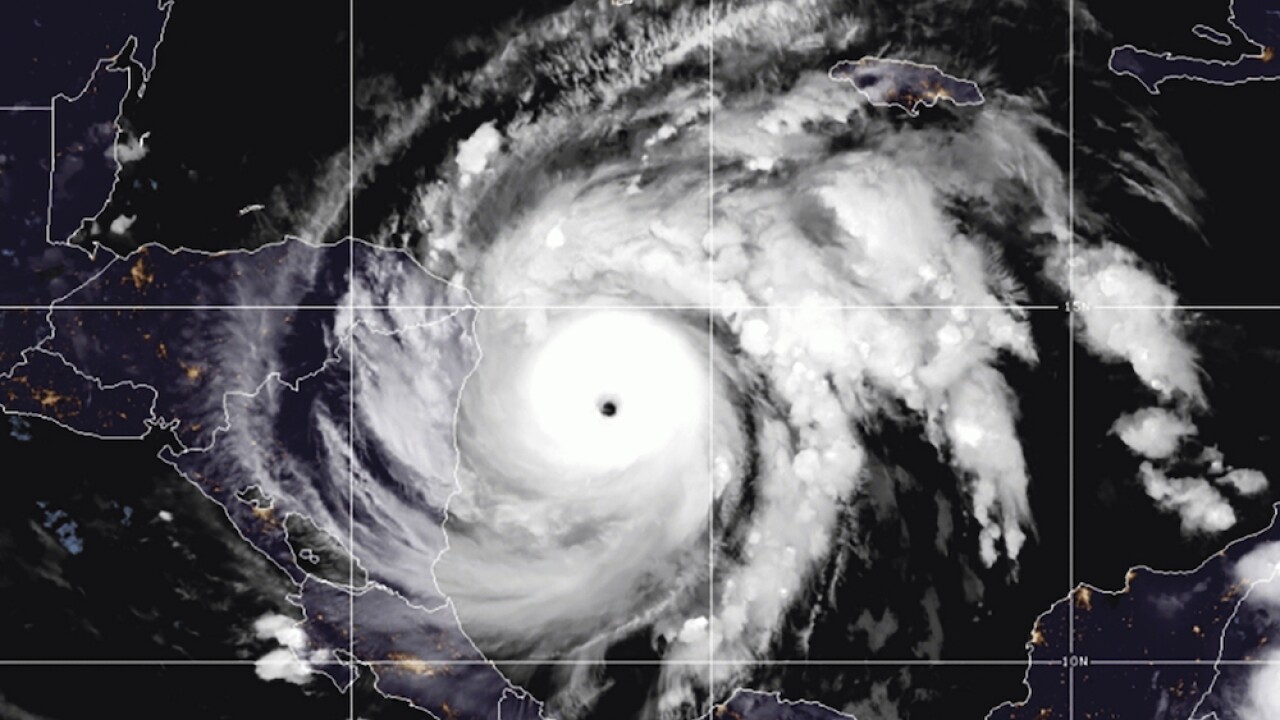 NOAA
AP
This satellite image made available by NOAA shows Hurricane Iota in the North Atlantic Ocean on Monday, Nov. 16, 2020, at 07:11 EST. (NOAA via AP)

The official death toll rose to 16 in Nicaragua with victims swept away by swollen rivers or buried in landslides. Iota struck Monday evening as a Category 4 hurricane, hitting nearly the same location as Hurricane Eta two weeks earlier.

By early Wednesday, Iota had dissipated over El Salvador. But the storm’s torrential rains remain a threat.

Iota had intensified into an extremely dangerous Category 5 storm during the day Monday, but the U.S. National Hurricane Center says it weakened slightly as it neared the coast late Monday and made landfall with maximum sustained winds of 155 mph (250 kph).

Eta’s torrential rains saturated the soil in the region, meaning Iota's rains have nowhere to go and could cause deadly landslides.