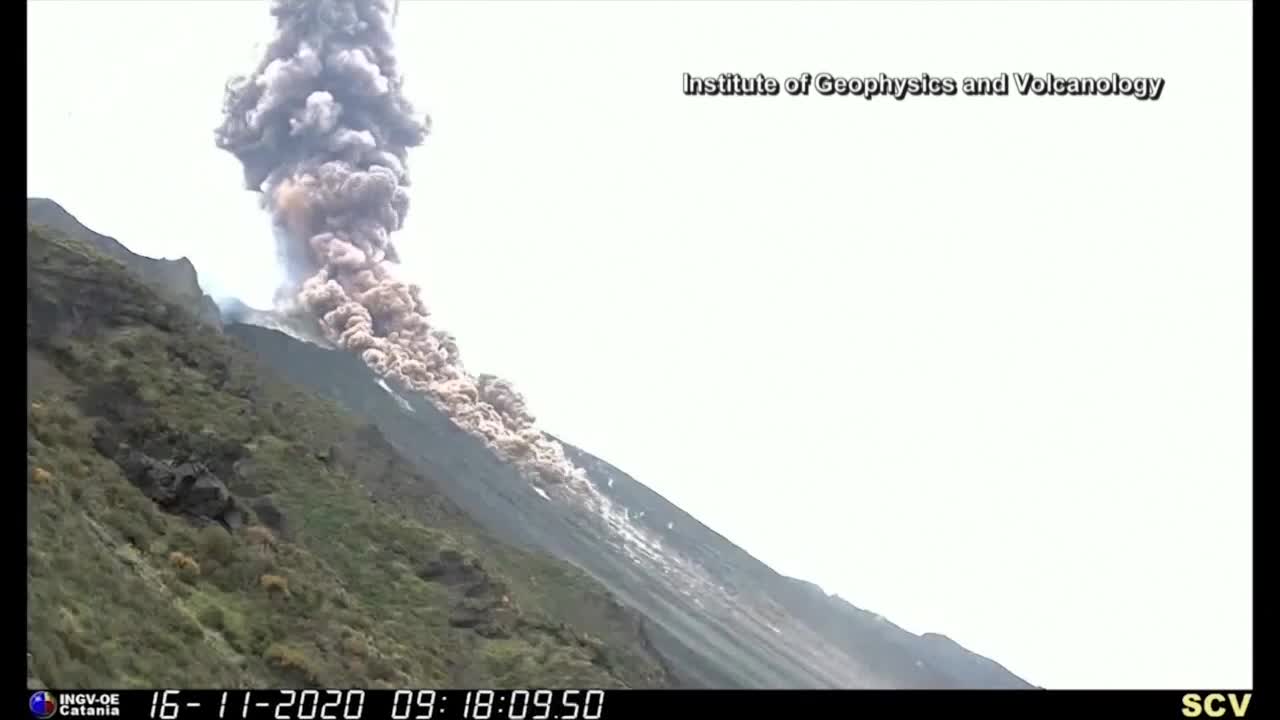 Italian scientists said the explosion took place on Stromboli, an island located off the coast of Sicily.

Images show the start of the explosion and streams of rock and other debris rapidly running down the side of the volcano.

Thermal camera images show the intense heat of the eruption.

Scientists say the event lasted four minutes and "was characterized by a sequence of explosive events and landsliding."

The Stromboli volcano is one of the most active on earth.

Its minor explosions and random spectacular lava flows descend from the crater directly into the sea.