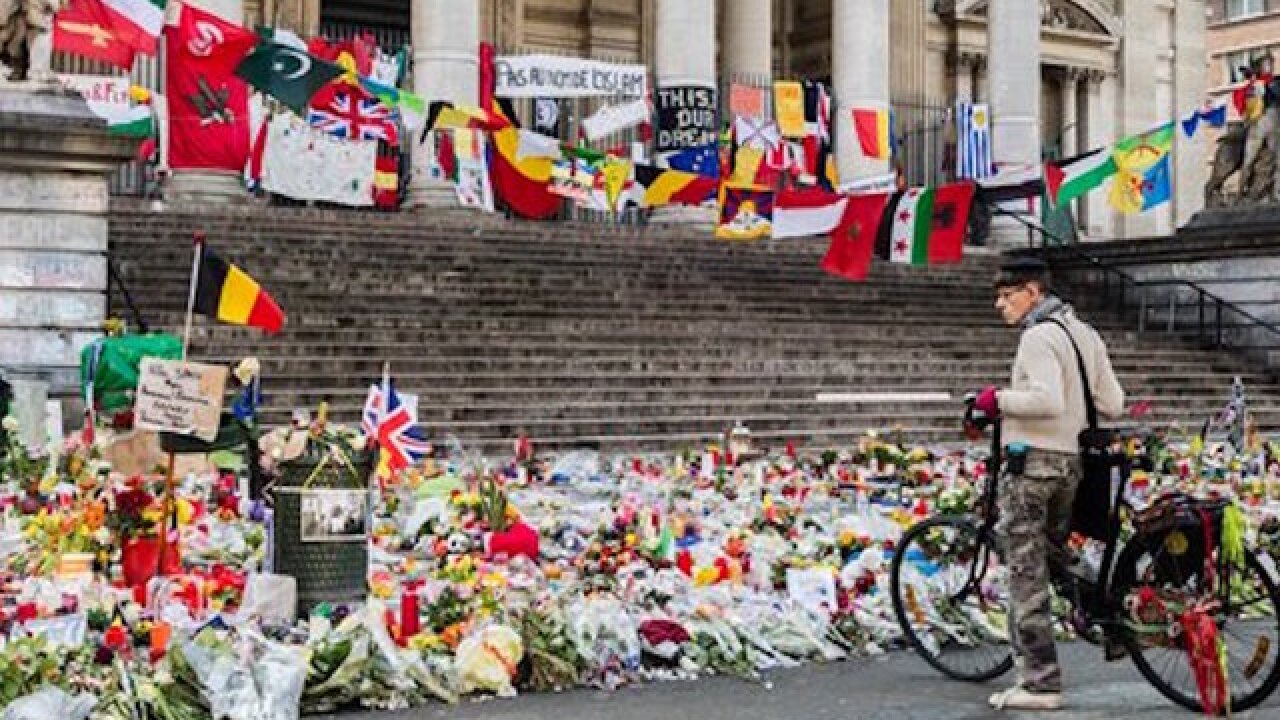 As the government Security Council gathered behind closed doors, Belgian police unions demanded tighter screening of passengers and baggage before they are allowed into the facility.

The unions threatened not to go back to work until the additional security measures they advocate are implemented.

The subway station remains closed, and the whole network is running a reduced service.

Brussels Airport chief Arnaud Feist told RTBF state broadcasting that temporary repairs now completed will permit the processing of 800 passengers an hour, about 20 percent of the airport's original capacity. Feist said he hopes the airport terminal heavily damaged in the bombings can be rebuilt in time to restore full capacity by the start of the summer vacation season.

According to Eurocontrol, the European agency for air traffic control, Brussels Airport, which is Belgium's largest, handles about 600 passenger flights a day. Since it has been closed, some airlines have been using smaller alternate airports in Belgium, including at Liege, Charleroi, Antwerp and Ostend. Other carriers are shuttling passengers to and from Brussels by bus from major European air travel hubs like Frankfurt.

The bombings were claimed by the Islamic State extremist organization. In central Brussels, a multifaith wreath-laying ceremony was held Friday to demonstrate the nation's unity in the face of the deadliest extremist violence to strike Belgium since World War II.

"We represent the union of all the religious communities of this country," said Salah Echallaoui, president of the umbrella organization for government-authorized mosques and Islamic organizations. "We want to send the message that we are one indivisible people: Muslim, Jew, Christian, and other."

In Maastricht, Netherlands, a joint funeral was held for a Dutch sister and brother who were killed in the airport as they were heading back to New York where they lived.

Alexander Pinczowski, 29, was on the phone with his mother in the Netherlands when a bomb blew up and the line went dead.

Sascha Pinczowski, 26, was a 2015 graduate of Marymount Manhattan College with a degree in business.