Giant fire breaks out at the port of Beirut, where massive explosion took place in August 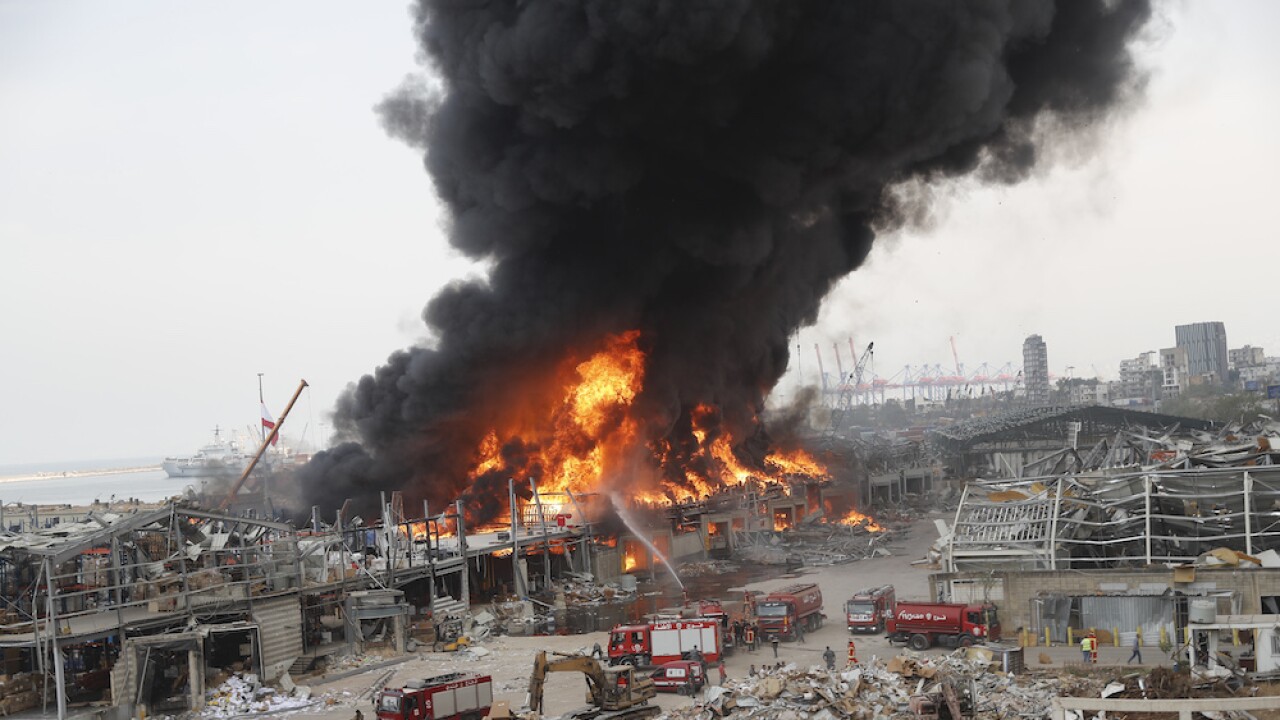 BEIRUT — A huge fire has broken out at the Port of Beirut, triggering panic among residents a month after a massive explosion.

It was not immediately clear what caused the fire at the facility which was decimated by the Aug. 4 explosion when nearly 3,000 tons of ammonium nitrates detonated.

A column of black smoke billowed from the port with orange flames leaping from the ground.

The explosion last month killed more than 190 people and injured around 6,500 and damaged thousands of buildings in the Lebanese capital.

The sight of another huge fire a month later created panic among residents traumatized by last month’s explosion.