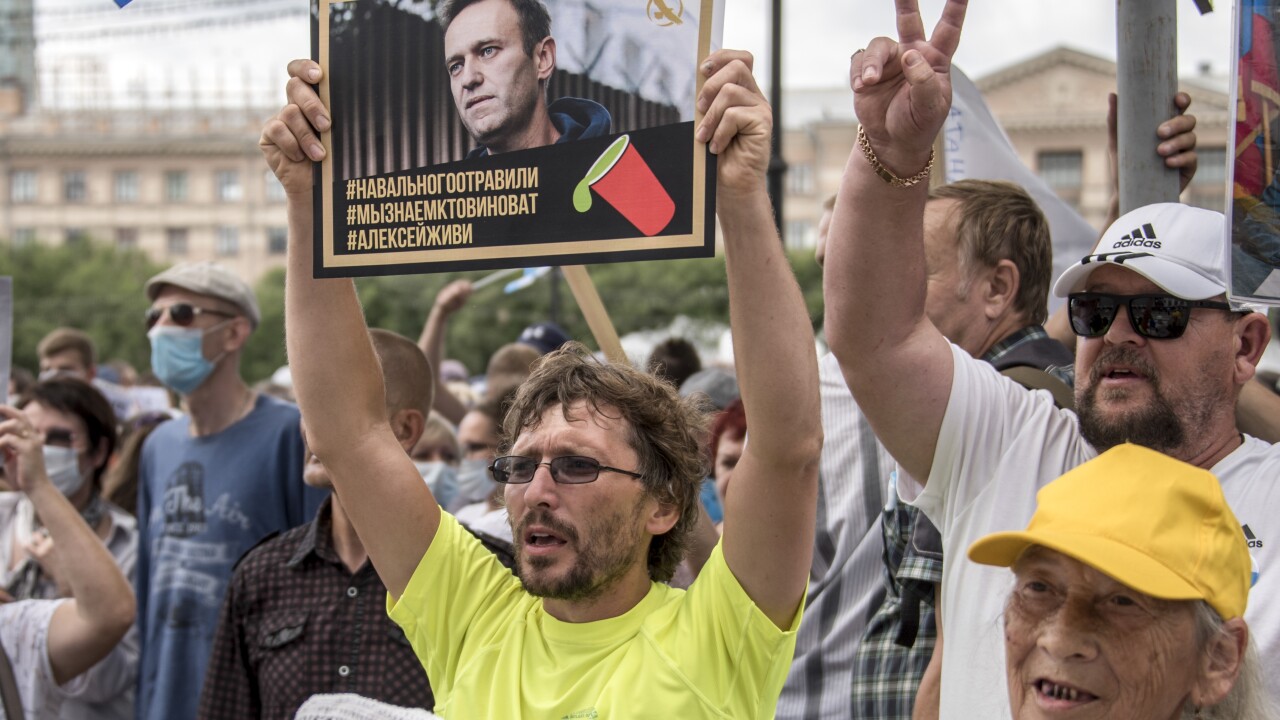 Copyright 2020 The Associated Press. All rights reserved
Igor Volkov/AP
A man holds a poster with a portrait of Alexei Navalny reading "Navalny was poisoned, we know who is to blame, Alexei you must live" during an unsanctioned protest in support of Sergei Furgal, the governor of the Khabarovsk region, in Khabarovsk, 6,100 kilometers (3,800 miles) east of Moscow, Russia, Saturday, Aug. 22, 2020. Russian dissident Alexei Navalny, who is in a coma after a suspected poisoning, has arrived in Berlin on a special flight for treatment by specialists. The politician and corruption investigator who is one of Russian President Vladimir Putin's fiercest critics was thought to be in stable condition on arrival Saturday and is to be treated in the German capital's main hospital. (AP Photo/Igor Volkov)

The Charité hospital said in a statement Monday that the team of doctors who have been examining Navalny since he was admitted Saturday have found the presence of “cholinesterase inhibitors” in his system.

Cholinesterase inhibitors are a broad range of substances that are found in several drugs, but also pesticides and nerve agents.

Doctors at Charite say at the moment the specific substance Navalny was exposed to is not yet known.

The hospital says “the patient is in an intensive care unit and is still in an induced coma. His health is serious but there is currently no acute danger to his life.”

Navalny is being treated with the antidote atropine, according to the hospital.