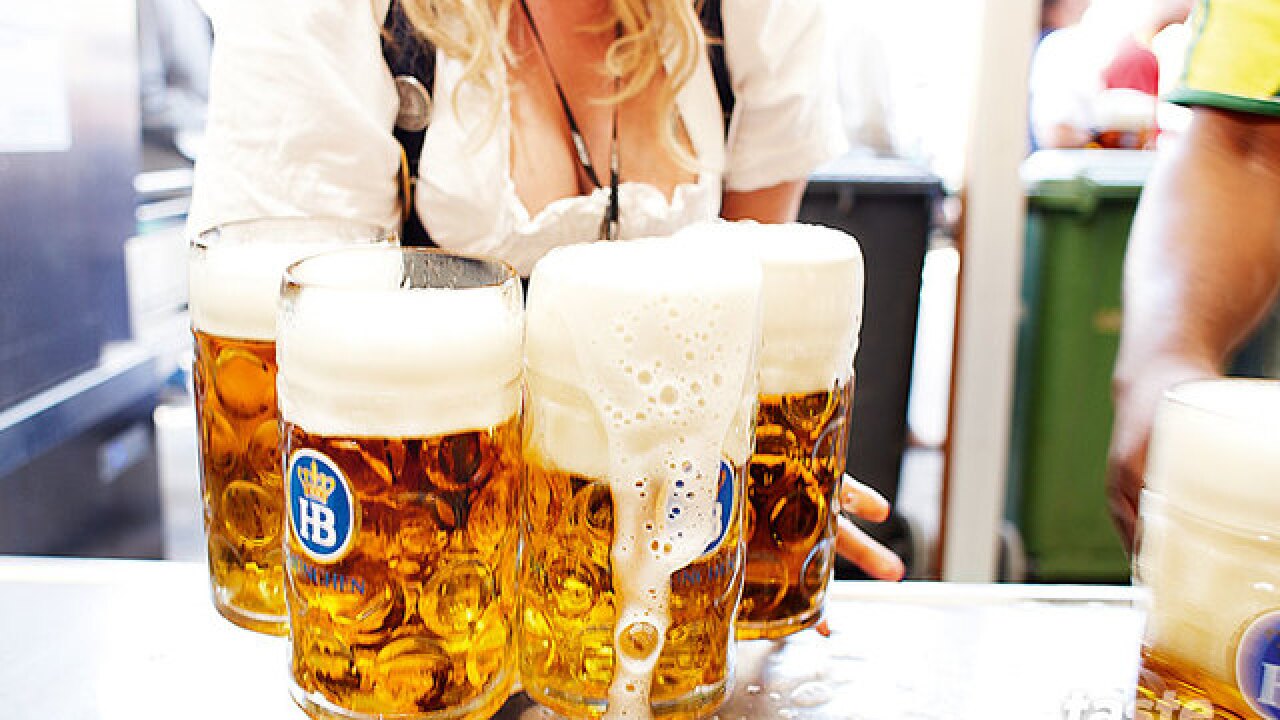 BERLIN (AP) — The first keg was tapped, and the beer started flowing as the 186th Oktoberfest got underway Saturday in the southern German city of Munich.

Mayor Dieter Reiter inserted the tap in the first keg with two blows of a hammer and the cry of "O'zapt is" — "it's tapped." As tradition demands, he handed the first mug to Bavarian governor Markus Soeder.

Even before the waitresses started bringing the one-liter (two-pint) beer mugs to their customers at noontime, the festival grounds were so overcrowded that security guards allowed entry only for people with reservations in one of the beer tents.

Revelers — many women in colorful dirndl dresses and men in traditional Bavarian lederhosen — started lining up in front of the gates before dawn to get inside.

Shortly after 9 a.m., the festivals's organizers announced via loudspeakers that the party could begin.

The announcement came in German, English and Bavarian — a German dialect so thick and heavy with accent and local vernacular that even many native German speakers from other parts of the country have trouble understanding it.

As the gates opened, many guests ran to the beer tents to make sure they'd catch one of the coveted spots on the long, wooden benches inside.

Around 6 million beer lovers from around the world are expected at the festival in Munich before the Oktoberfest ends on Oct. 6.

Some 600 police officers and hundreds of security guards are tasked with keeping order around the many, often intoxicated visitors. Around 50 doctors are on call for those with health problems and there's a special security area where woman can find protection from harassment, dpa reported.

E-scooters, which were legalized in Germany earlier this year, are banned inside and around the Oktoberfest grounds and plenty of traffic controls were established outside to prevent drunken driving after the party's over.