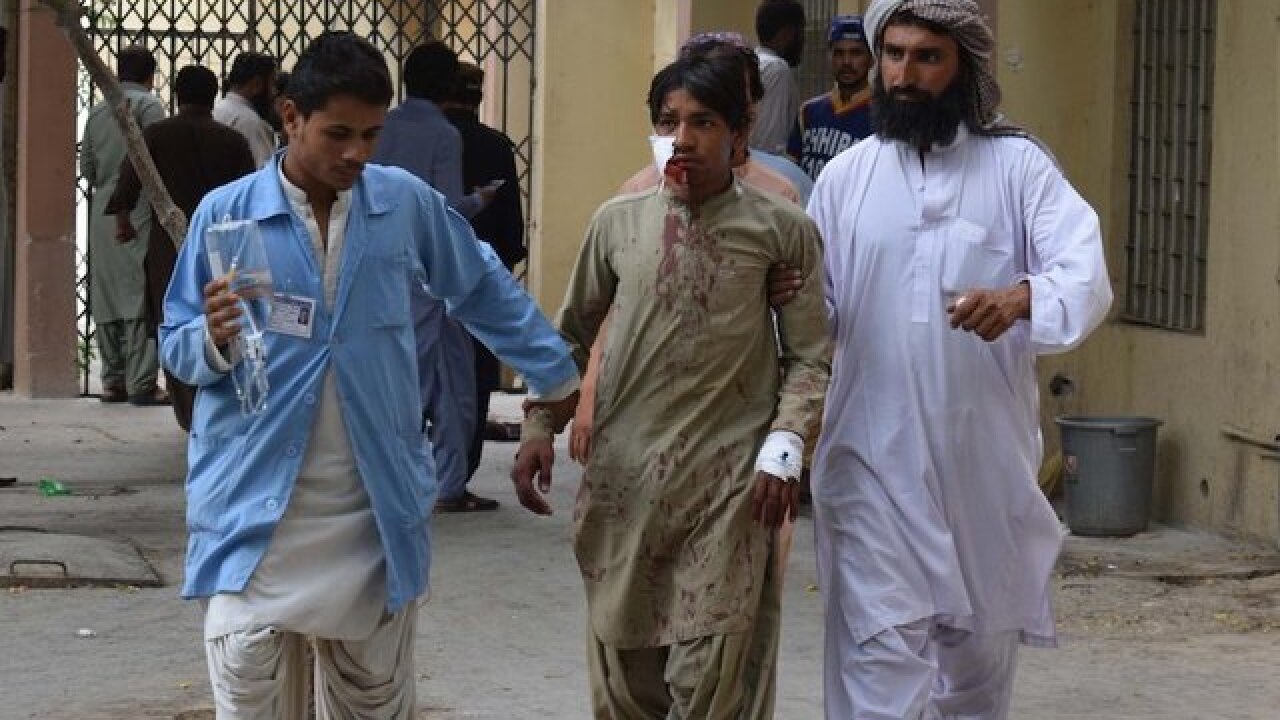 © 2018 Cable News Network, Inc.
&lt;p&gt;A victim of the bomb blast in Balochistan is brought to a hospital in Quetta on Friday.&lt;/p&gt;

At least 149 people were killed and 186 injured in a suicide attack in Pakistan that targeted the convoy of a political candidate in this month's general election, according to Qaim Lashari, the Deputy Commissioner of Balochistan's Mastung region.

It was the second deadliest terror attack in Pakistan's history.

Nawabzada Siraj Raisani, who was campaigning for an assembly seat in the southern province of Balochistan, was killed in the bomb blast along with dozens of others, Balochistan Home Secretary Haider Ali Shikoh told CNN.

Agha Omar Bangulzai, the caretaker Home Minister of Balochistan province, told CNN that more than 200 people were also injured in the explosion, which occurred in the Mastung area, close to the provincial capital Quetta.

Most of the wounded were taken to Quetta Civil Hospital, where many are recovering from burn injuries, according to Dr. Faheem, the head of the trauma unit at the hospital.

ISIS claimed responsibility for the attack in an email. CNN cannot immediately authenticate the assertion.

The Balochistan government announced two days of mourning and ordered that the national flag fly at half-staff. Political parties in the province announced suspension of political activities in the aftermath of deadly suicide bombing.

The director of civil defense, Muhammad Aslam Tareen, told CNN that eight to 10 kilograms of explosives were used in the attack.

Abdul Majeed, 36, was among the scores of people injured. Before he was taken to the hospital, Majeed said he could hear dozens of people crying and could only see "dust and blood" at the site of the blast. He lost two relatives in the attack, he said.

Another strike in Pakistan on Friday targeted former Khyber Pakhtunkhwa chief minister Akram Khan Durrani's convoy in Bannu while it traveled from one political rally to the next.

Four people were killed and 32 others were injured in the bombing, which took place in North Waziristan, close to the border with Afghanistan. Duranni survived.

There has been no claim of responsibility for the attack in North Waziristan.

His conviction last week dealt a blow to his party's prospects in the election and shifted the political landscape just three weeks before the vote.

Earlier Friday, authorities in Lahore, Punjab Province, were preparing for mass protests in support of the Sharifs, who party members say have been unfairly targeted.

With each attack, fears of violence ahead of the election are rising. On Tuesday, at least 20 people died and 63 were injured in a suicide attack in Peshawar, northwest Pakistan, for which the Pakistani Taliban claimed responsibility.