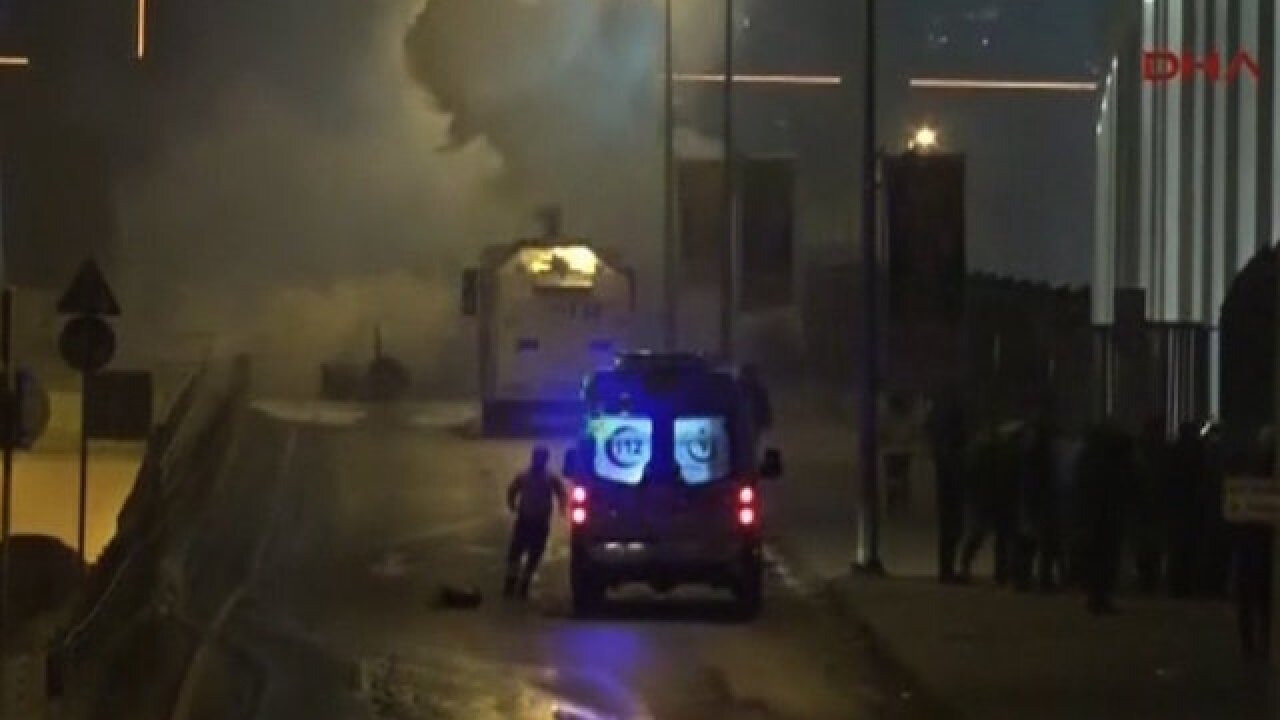 &lt;p&gt;At least 20 people are injured after two explosions in Istanbul near Besiktas Vodafone Arena football stadium according to officials.&lt;/p&gt; 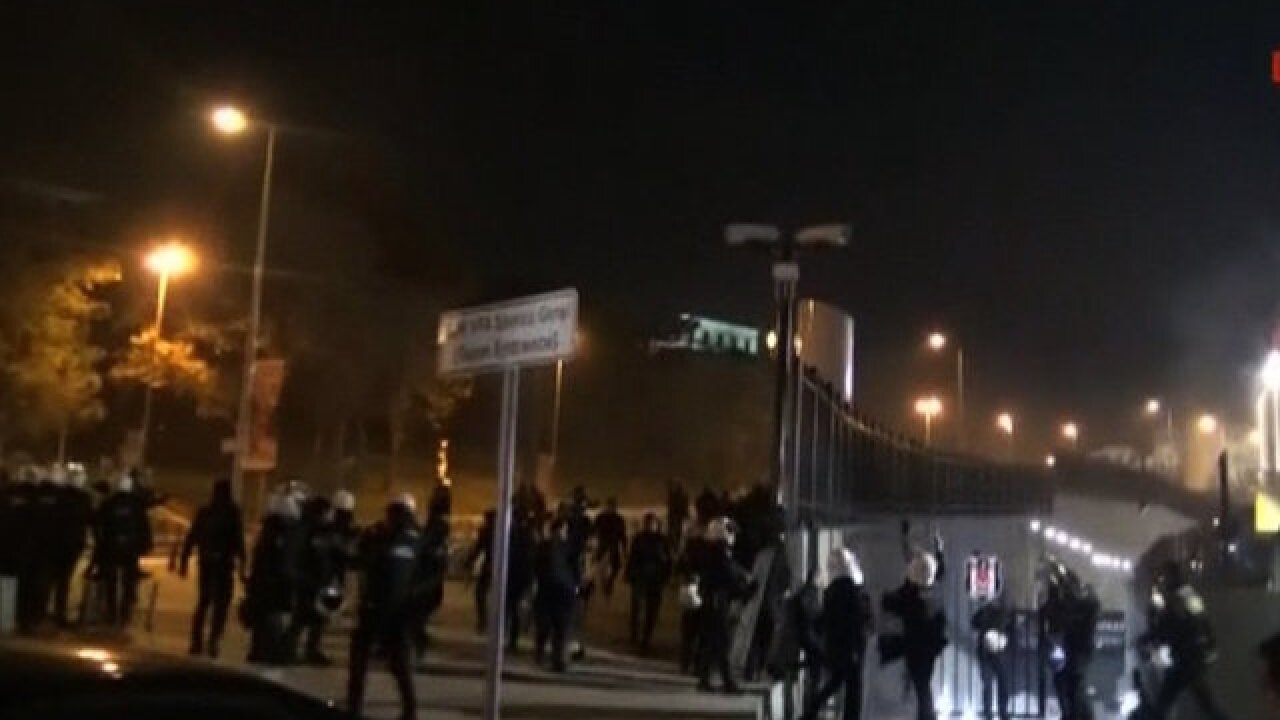 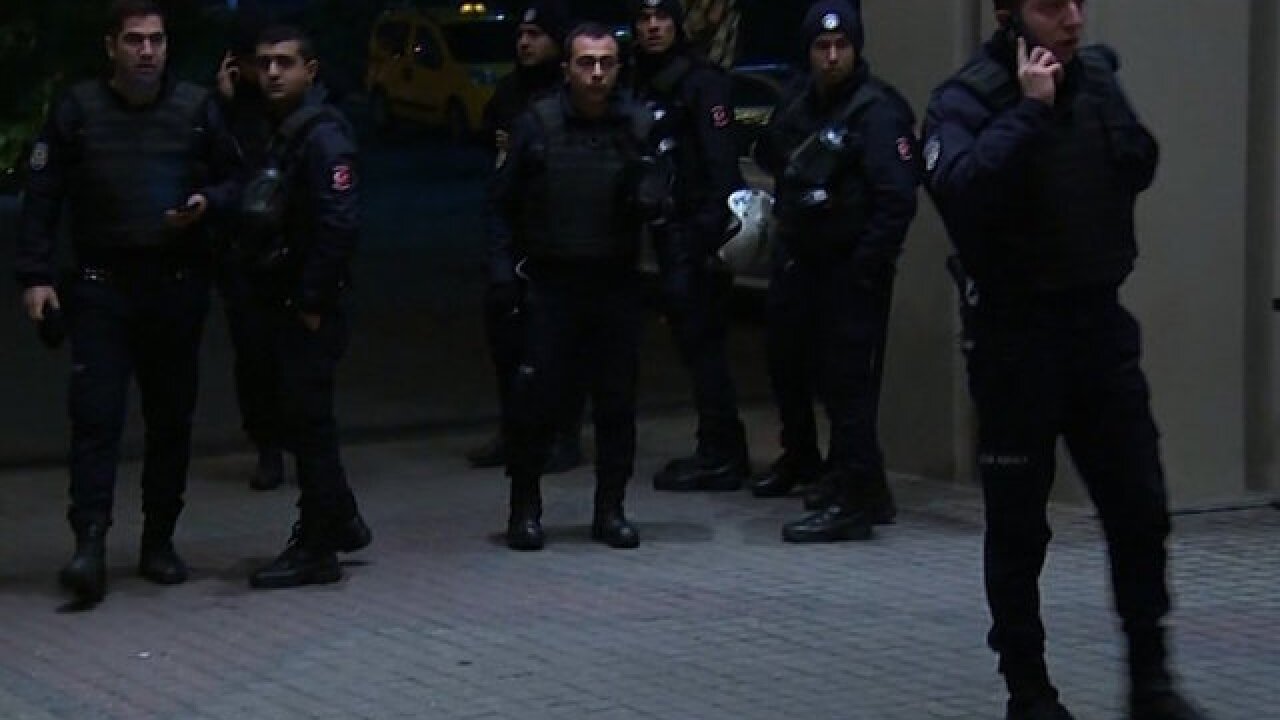 The explosions, one large blast followed by a smaller one, occurred about 11 p.m. local time (3 p.m. ET) after a heavily attended football game at Besiktas Vodafone Arena.

According to Soylu, a remote control detonated a car bomb for the explosion. Shortly afterward, a suicide bomber caused a second explosion at Macka Park. The two locations are less than a mile apart.

No group has claimed responsibility for the twin bombings but ISIS and the Kurdistan Workers Party (PKK) have staged attacks in Turkey over the past year.

Thirteen people have have been arrested in connection with the blasts, Soylu said.

"The evidence so far points to the PKK, the ministry has some of the information on framework about how it was planned and organized but for the sake of the investigation please forgive that I won't share any details." Soylu said.

Turkish President Recep Tayyip Erdogan, an ally to the United States in the fight against ISIS, issued a statement prior to the news conference saying Istanbul had once again "witnessed the ugliest face of terror stepping on all values and morals. ... Together with the help of Allah, as a country and a nation, we will overcome terror, terror organizations, terrorists and the ... powers behind them."

The Turkish prime minister's office said in a statement, a day of national mourning has been declared on Sunday, the state-run Anadolu news agency said.

Video showed a chaotic scene outside Besiktas Vodafone Arena as police converged on the area and emergency medical workers loaded victims into ambulances. Several blocks away, police towed cars parked at Taksim Square, a popular tourist area, as a precaution.

Of those killed, 30 were police officers, Soylu said. Seventeen people are presently undergoing operation for their wounds, according to Turkish Health Minister Recep Akdağ, who also spoke at Sunday's press conference.

Istanbul's team Besiktas had played Bursaspor in a Turkey League game that night at the football arena. The arena, which seats more than 40,000 people, had been renovated and reopened in April.

Christopher James, a freelance writer and teacher living in Istanbul, told CNN he was at a hotel not far from the arena when the blasts occurred.

"We could hear and see the boom, and then after the boom the sound came back towards us," he said. "It sounded like gunshots reverberating and then my phone started buzzing like crazy."

Ramazan Hakki Oztan, a historian from Istanbul who was attending a casual gathering near the arena, also saw the explosions.

"We were at this hotel with this nice view of the old city by Taksim Square," he said. "We saw this huge explosion that happened by the stadium ... and 10 seconds or 15 seconds after there was another explosion. ... The second bomb was smaller in size."

He said he was near the arena earlier in the day and noticed a heavy police presence.

"I think they targeted the cops that were out there by the stadium who were protecting the spectators," he said.

Following the explosions, the US Consulate in Istanbul tweeted: "Please avoid the area, monitor local press reporting, and let friends and family know you are OK."

Turkey has weathered a string of terrorist attacks over the past year and is still reeling from a bloody and failed attempt at a military coup in July.

Erdogan declared a state of emergency following the coup attempt and authorities carried out a large number of arrests.

ISIS is suspected in a June attack at Istanbul's Ataturk Airport that left 44 people dead and an explosion at an August wedding in Gaziantep, not far from the border with Syria, that killed at least 54 people.

The Turkish army suspects the PKK was behind a September car bombing that killed at least 18 people in the same part of the country. Other attacks have targeted Turkish police and army assets.

Beyond those bombings, the Iraqi and Syrian conflicts have trickled into Turkey, leading to a surge in violence as the nation plays has played host to millions of Syrian and Iraqi refugees.

The US government two months ago ordered all civilian family members of its Istanbul consulate staff to leave Turkey because of increasing threats from terrorist organization.

This past spring the Pentagon ordered family members to leave Incirlik Airbase in southeast Turkey and the State Department ordered families of employees of the US consulate in Adana to evacuate.

In an address on Saturday, Erdogan said, "It does not matter what is the name and the method of the terror organization who conducted the terror attack. Whenever Turkey takes a positive step towards the future the answer comes as blood savagery and chaos."

During his statement, he called out ISIS, PKK and a movement affiliated with US-based cleric Fethullah Gulen for targeting Turkey. Erdogan has accused Gulen's movement of being involved in the failed coup.

NATO Secretary General Jens Stoltenberg also condemned Saturday's attack. "I condemn the horrific acts of terror in Istanbul," he said. "My thoughts are with those who lost their loved ones in the bomb attacks, with those wounded and with the people of Turkey. We stand united in solidarity with our ally Turkey. We remain determined to fight terrorism in all its forms."

UEFA, European football's governing body, said on its verified Twitter account: "UEFA would like to express its deepest condolences to the families of all the victims of tonight's bombing in Istanbul. We strongly condemn this horrible act and send our support to the Turkish Football Federation, Besiktas and Bursaspor football clubs."
The-CNN-Wire
™ & © 2016 Cable News Network, Inc., a Time Warner Company. All rights reserved.