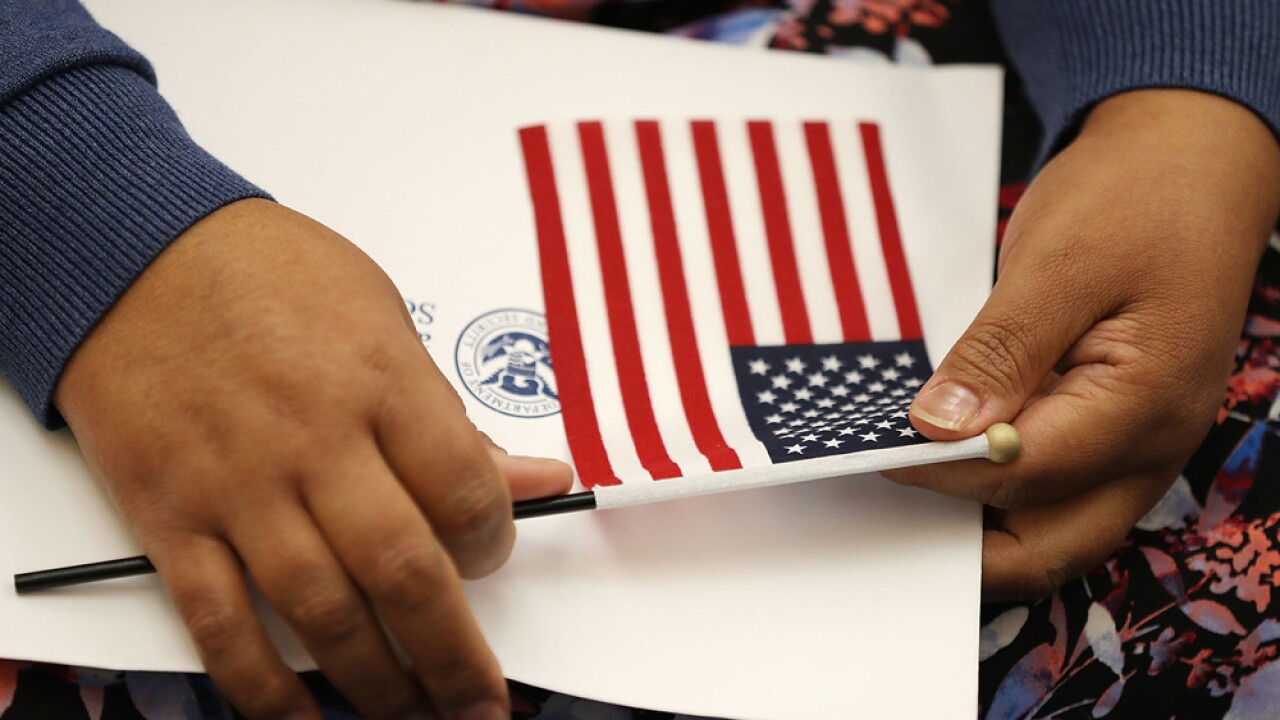 WASHINGTON (AP) — A woman tossed a lit Molotov cocktail into the lobby of a U.S. Citizenship and Immigration Services office in Oakland Park, Florida. No one was reported injured, according to a report of the incident sent to Trump administration officials and viewed by The Associated Press.

The woman walked into the office Friday afternoon and hurled a bottle filled with gasoline and a lit fuse. The fuse disconnected from the bottle and did not ignite, according to the report. Law enforcement officials believe the woman intended to cause harm but the incident wasn't related to other ones where Homeland Security agencies were targeted.

Ken Cuccinelli, acting director of Citizenship and Immigration Services, which handles legal immigration, said in a tweet that the incident was "another example of the use of violence in place of debate by those who oppose the proper application of our immigration laws."

(2/2) ... This is the 2d attack on a DHS facility in 2 months using a Molotov cocktail. Violence has no place in our society. Thankfully, no one was hurt today. We’re grateful to our security guards & the law enforcement officers of FPS who apprehended and arrested the assailant.

Security officers handcuffed the woman who threw the device and she was taken into custody by Federal Protective Service officers who arrested her. The report did not list her name or what criminal charges she faced.

No one was injured, though one person reported feeling ill from the smell of gasoline, and the offices were closed.

The incident comes amid federal investigators' growing concerns about attacks on immigration agencies during a time of heightened emotion and scrutiny as Trump tries to move ahead with major changes on his signature issue and energize his base of supporters by delivering on campaign promises.

Cuccinelli, who backs Trump's hard-line immigration policies, has presided over recent policy changes that have drawn criticism from immigrant advocates.

One major change could deny green cards to many migrants who use Medicaid, food stamps, housing vouchers or other forms of public assistance. Cuccinelli also defended changes to a long-standing agreement that governs how children cared for in government custody and how long they can be detained.

About two weeks ago in San Antonio, at least one vehicle pulled up to a building that houses offices for U.S. Immigration and Customs Enforcement and a gunman fired shots through a window, FBI officials said. No one was injured. Another building used by ICE was also fired on.