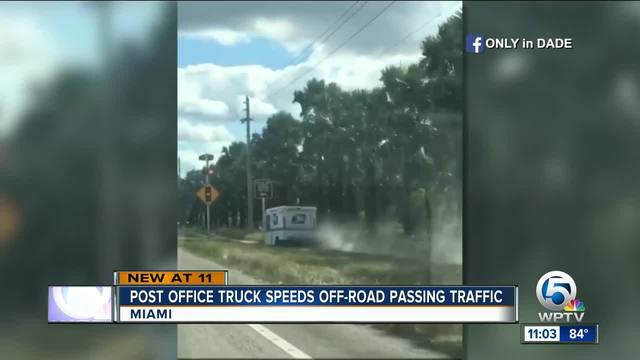 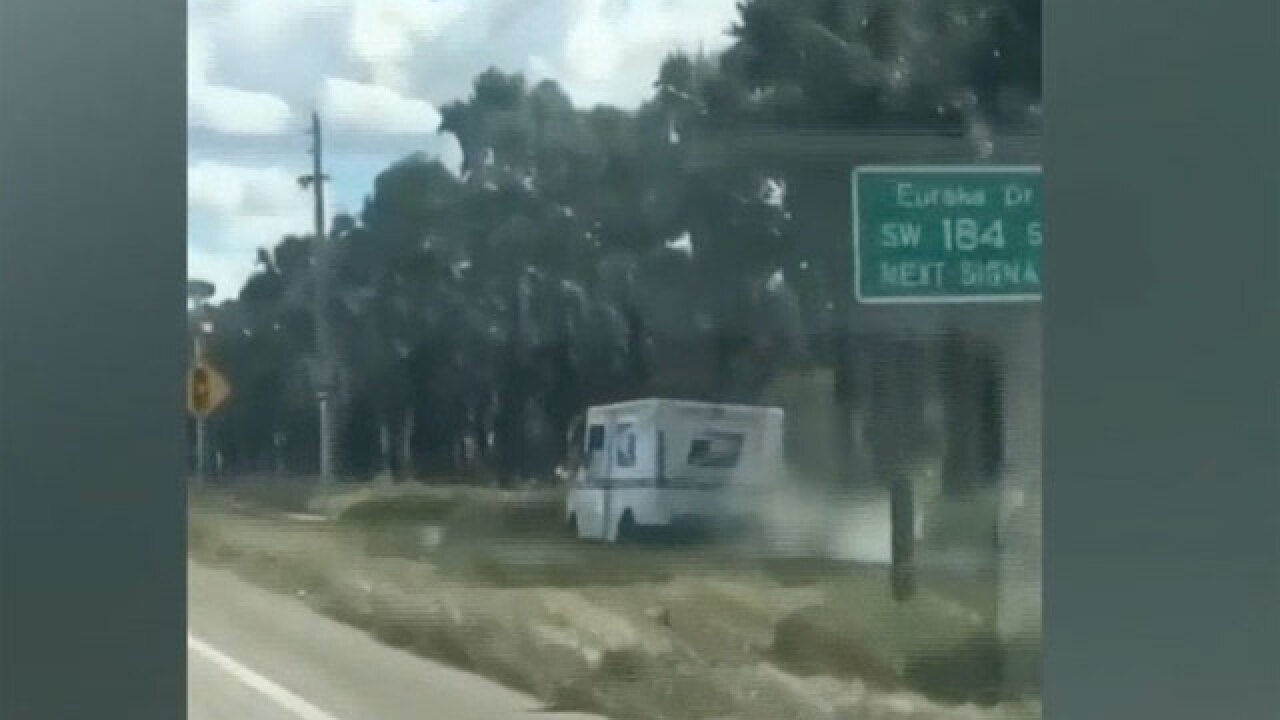 The video, which was posted Thursday on the "Only in Dade" Facebook page, was captured by a driver sitting in traffic near Krome Avenue and SW 184 Street.

A spokesperson with the USPS said they are currently reviewing the video.

"This is clearly unacceptable behavior that does not reflect the efforts of the thousands of professional, dedicated carriers in our workforce," said Debra J. Fetterly of the USPS South Florida District.