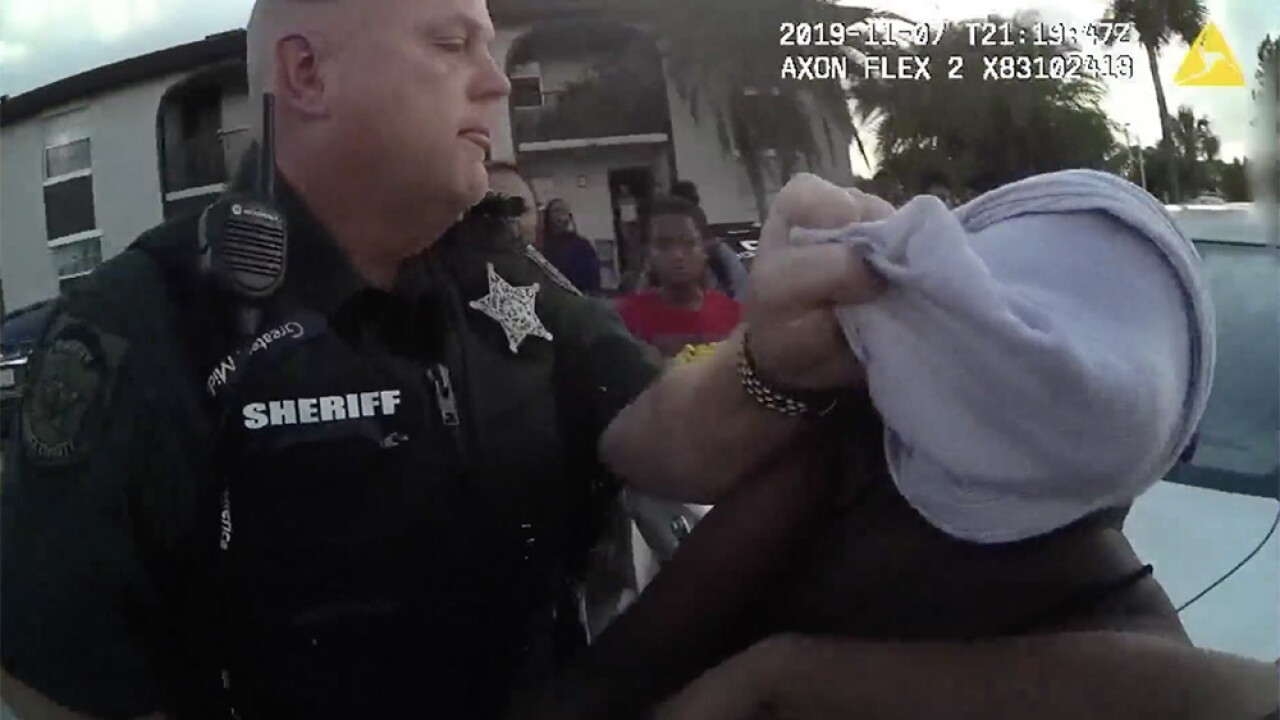 ORLANDO, Fla. — A Florida deputy has been fired after a video showed him jerking a handcuffed middle school girl's head back.

Orange County Sheriff John Mina said in a statement on Friday he was "very upset" by the video showing the school resource officer yanking the girl by her hair as students looked on.

The department didn't name the deputy, but said he was hired from another agency in February. The girl was briefly detained before being released to a parent. She wasn't arrested.

A copy of the video posted on the Orlando Sentinel's website shows the deputy shouting at other students, "This is because you're silly! You're all stupid little children!"

The sheriff's office said the deputy has been removed from the school and has also been terminated.

The Orange County Sheriff's Office will conduct an internal investigation and forward the results to the State Attorney's Office, which will decide if the deputy should face criminal charges