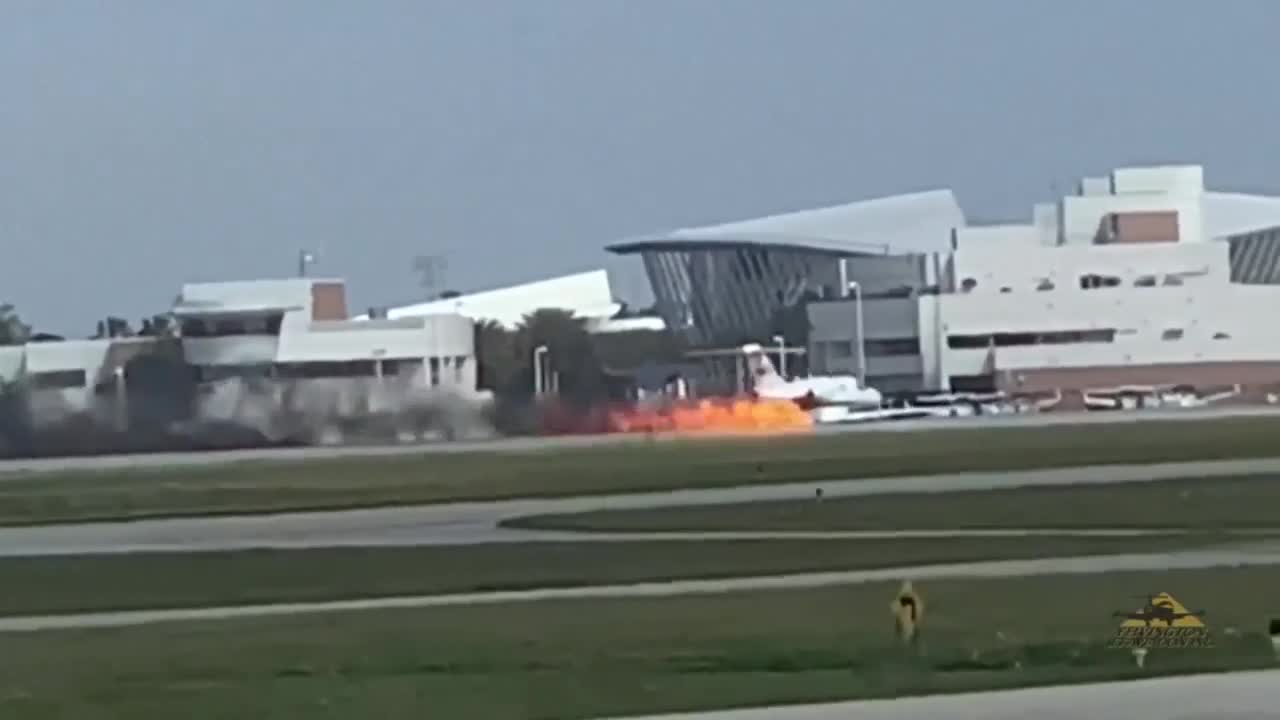 Two people are safe after the plane they were traveling in Thursday touched down without landing gear at Daytona Beach International Airport.

DAYTONA BEACH, Fla. — (NBC) - Two people are safe after the plane they were traveling in touched down without landing gear Thursday at Daytona Beach International Airport, creating a substantial amount of flames and smoke.

WESH-TV reported the aircraft was a Cessna Citation Mustang that landed at the airport around 12:45 p.m.

Officials said two people were on the plane when it made the belly landing.

Some flights had to be rerouted to other airports, including at least one to West Palm Beach, after the incident.

The airport tweeted at 7:18 p.m. Thursday that both runways were finally back open.

Both runways are now open @FlyDAB. Check with the airlines on updated flight schedules.

The plane from Thursday's belly landing has been removed but work continues on the main runway @FlyDAB to clean up the fuel spill. pic.twitter.com/10DG6f8QVW

ALERT update: all @AmericanAir departing flights out of @FlyDAB for 2-20-20 are canceled. Flight 5601 is due to the small plane incident and flight 5315 cancellation is due to bad weather in NC. Continue to check with the airlines for all flight schedule information.

so now we know, the @Delta flight that could not land @FlyDAB after private plane incident, was diverted to #westpalmbeach. https://t.co/IMGHdvTg2f