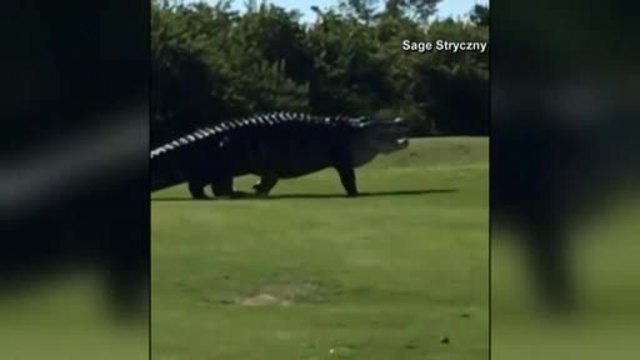 A monster-sized alligator has once again been spotted on a Florida golf course. 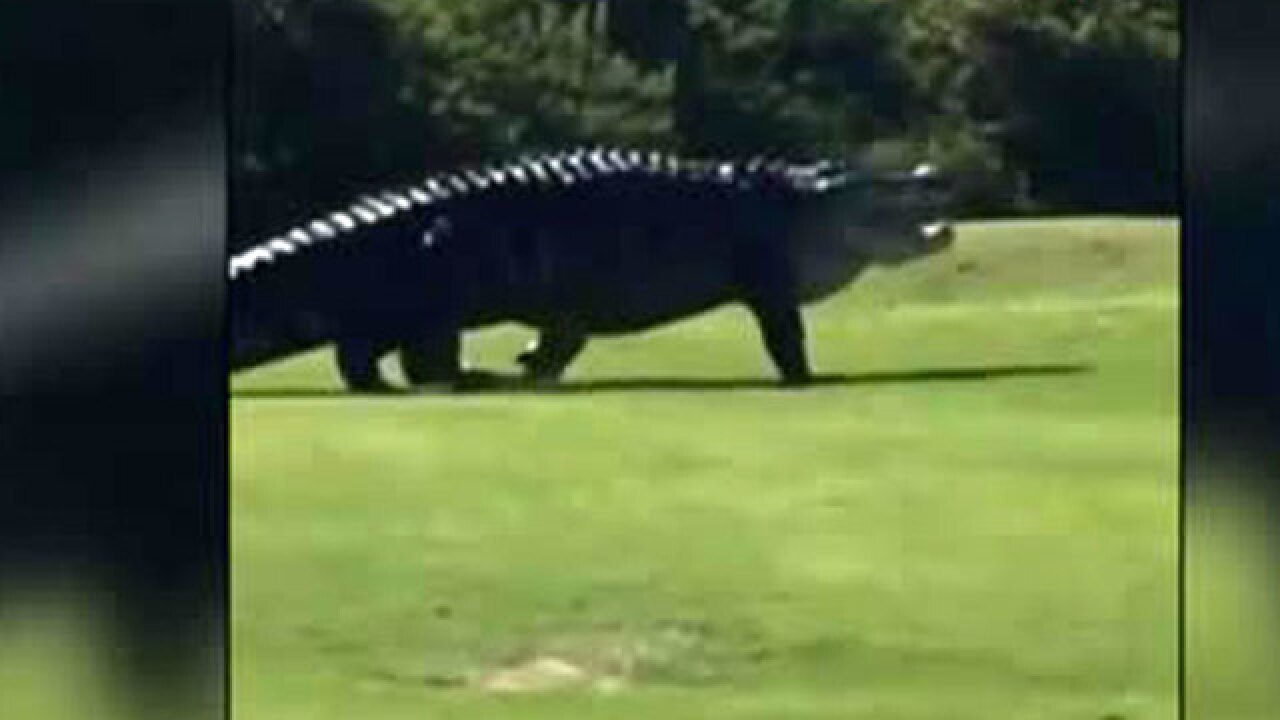 (NBC) - A monster-sized alligator has once again been spotted on a Florida golf course.

Chubbs, as he is affectionately known, doesn't move very fast, and based on his belly size, he appears to be well fed.

When golfers see Chubbs, lots of words come to mind like massive, mammoth and gigantic.

He almost looks like a dinosaur, but that didn't scare the man who recorded this video.

When this video was recorded Saturday, Chubbs was spotted slowly crawling and taking time to rest frequently.

Officials at the Buffalo Creek Golf Course say the big alligator has been roaming the course for years.

He doesn't bother anybody, and they don't bother him.