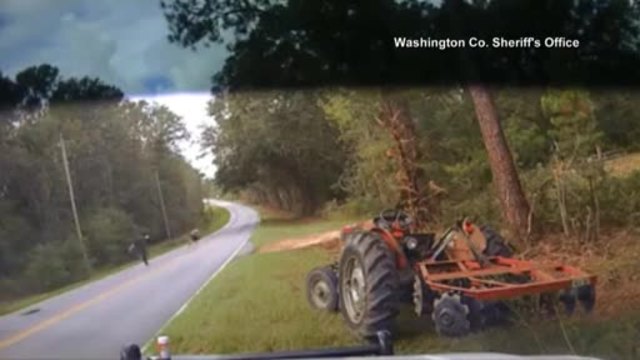 A Florida deputy used a stun gun on a man who tried to escape from custody. 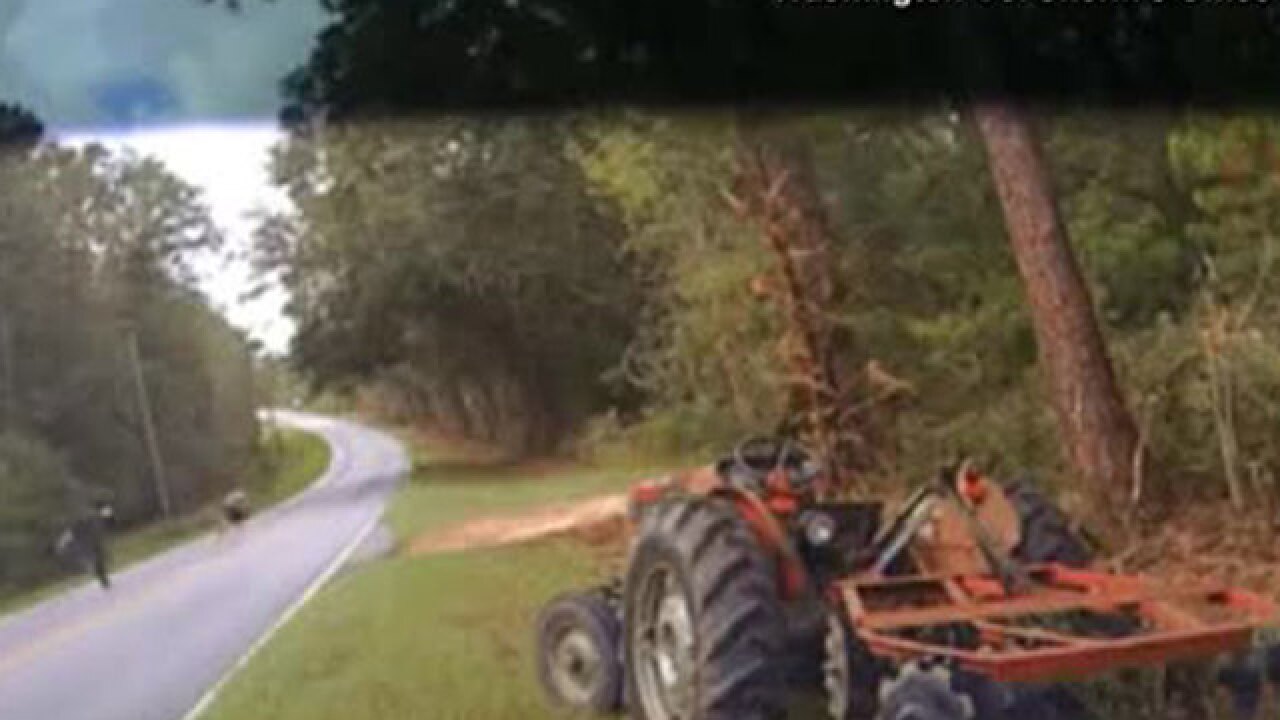 Video shows a deputy in the Florida Panhandle last month using a stun gun on a man who tried to escape from custody.

On Sept. 28, the Washington County deputy said he became concerned about the man driving a tractor after he went off the road a few times, so the officer pulled him over.

The man, later identified as Nicholas McNeil, 28, didn't have his identification with him and his license was invalid. The deputy performed a search and found a prescription bottle with pills and a knife.

The two men scuffled, and the officer used a stun gun on McNeil as he ran away, hitting his head on the ground and losing consciousness.

Emergency medical services were called to treat him for his injuries.

Police charged McNeil with grand theft after the tractor was stolen from a 71-year-old man.

Several other charges are also pending, including battery on a law enforcement officer.